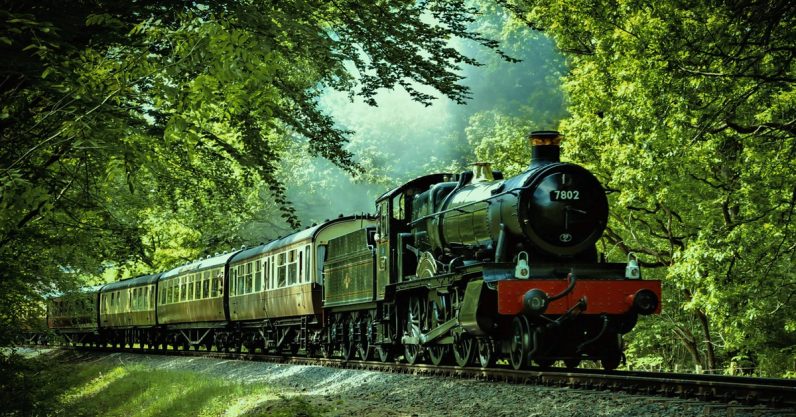 The 2020s will have to involve some very big decisions about transport – the UK’s most polluting sector. The UK government’s response so far has been erratic, choosing to intervene to prevent the collapse of Flybe (Europe’s biggest regional airline) and give the green light for the high-speed rail project, HS2.

Decarbonizing transport would eliminate 26% of UK CO₂ emissions that come from how people get around. But Prime Minister Boris Johnson recently said that doing this poses “difficult and complicated” questions. On this, Johnson is almost certainly right.

The gilets jaunes protests against fuel duty rise in France show the delicate balancing act between decisive climate action and continued economic growth and convenience. But shouldn’t the government allow a regional flight operator to fail and invest in high-speed rail instead? The answer is not so simple.

Carbon footprints can be misleading

Aviation is one of the fastest-growing fossil fuel consumers, with airlines contributing about 3.5% of all man-made greenhouse gas emissions. This might seem small, but a single transatlantic flight from London to New York can grow your personal carbon footprint by as much as the entire heating budget of the average European.

At high altitudes, contrails – the white lines we see in the sky – are formed in the wake of aircraft. These high altitude clouds are too thin to reflect much sunlight, but the ice crystals inside them can trap heat. Unlike the low-level cloud, which has a net cooling effect, contrails contribute significantly to global warming, effectively boosting the aviation industry’s share of greenhouse gas emissions to around 4.9%.

For the most part, the environmental benefit of high-speed rail is taken for granted. Most, but not all, research suggests that high-speed rail can offset emissions from aviation if it can attract enough passengers from alternative air routes. But the relative climate impacts of aviation to other modes of transport depend on more than just engines and altitude.

We can compare the emissions of different forms of transport by calculating the emissions produced by each one when moving one passenger one kilometer. This effectively compares how much CO₂ leaves each vehicle’s exhaust, but it ignores greenhouse gas emissions from the building and maintenance of the vehicles, the infrastructure – such as tracks, runways and airports – and the production of fuel.

But if it were five years, the effect of contrails would account for more global warming than all the cars in the world. They raise the temperature of the atmosphere, in short, intense bursts. On longer timescales, like 20 years, the short term effects are less important and make aviation look considerably better – with flying looking potentially less damaging than some cars over the same distance.

This is still not the whole story though. The energy inputs for different modes of travel vary. The direct burning of fossil fuels in engines, for example,  jet kerosene in aircraft, emits greenhouse gases. In electrically powered high-speed rail, operating the train produces no emissions, except the fossil fuels used to generate that electricity elsewhere.

Developing HS2 will mean deploying stations, tracks, and centers of communication, and they’ll need ongoing maintenance. These all need energy and material investments, which will create further greenhouse gas emissions through manufacture, transport, and use. That could increase the carbon footprint of rail by between 1.8 and 2.5 times, over just accounting for the operation of the trains. For aviation, the same infrastructure requirements are relatively small and are responsible for a 1.2–1.3 increase, with road transport showing a 1.4–1.6 increase.

A life cycle approach gives a better understanding of where emissions are occurring and compares transport modes on a much more level playing field. This helps us understand that most greenhouse gas emissions in air and road travel come from flying and driving, whereas in rail travel, the climate effects are dominated by those emissions produced building the infrastructure itself. Emissions from operating trains are generally lower because of the heavy reliance on electricity. But there are still emissions from the manufacture and maintenance of renewable energy technologies to consider.

All modes of high-speed travel come with a cost to the environment. Being able to accurately compare the energy requirements and emissions of different transport options is the first step towards addressing their climate impact.

It’s easy to point the finger at aviation and view rail as a low carbon alternative. But governments need to consider and carefully balance the true climate impacts of a transport project, in every phase of its development.

This article is republished from The Conversation by Laurie Wright, Senior Lecturer, Warsash School of Maritime Science and Engineering, Solent University under a Creative Commons license. Read the original article.