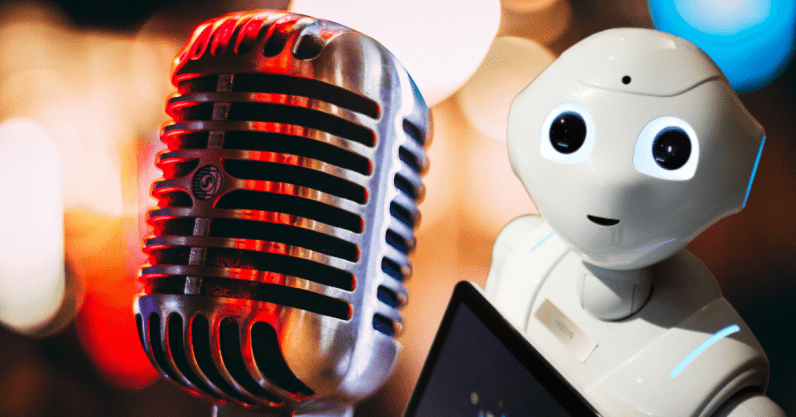 Artificial Intelligence has already taken over our lives and transformed it for the good. The days are over when you could still debate whether AI will impact a certain industry and transform it like others. Wondering why? Because artificial intelligence has already penetrated every other industry that we know and continues to impact several others. It’s already being used in several ways, while others are under research. There’s only one question left to wonder about, how much will AI take over an existing industry and change it for the good?

When it comes to music, artificial intelligence is spreading its network in the industry in the same manner as it’s doing in other areas of society. The wonderful capabilities of AI include automating services, discovering patterns and insights in large datasets along with bringing new insights to the table and helping efficiencies. In other words, artificial intelligence is built with transforming capabilities for businesses. Companies in the music industry must prepare for this radical transformation, as those who don’t will be left of out the race.

As every single day passes, artificial intelligence is changing and shifting the way businesses used to function. Instead, it’s transforming their cores and paving the way for refreshing ideas and innovation. Deloitte’s recent State of AI report suggests that the adoption rate of AI is growing unprecedentedly with each passing year and is currently around 63 percent across the world. The same report also shed light on the fact that 82 percent of the companies who had AI programs running in their organizations in one form or the other received a financial return on their investments.

Most businesses are investing in AI because ultimately it all narrows down to automating tasks, thus cutting any unnecessary costs and increasing the revenue. A recent report by McKinsey suggests that 70 percent of all companies will have adopted at least one product of artificial intelligence by 2030. The growing inclination can be concretely attributed to AI’s promise of complimenting and augmenting our human capabilities. It is thus becoming a strong driver of growth, new ideas, and sustainable decisions for businesses across industries.

Remember how Google’s Magenta and PAIR teams created a new Doodle on the occasion of Johann Sebastian Bach’s 333rd birthday? One of the most amazing qualities of this doodle was that it lets users create their music by harnessing machine learning to harmonize melodies. In the process, the ML model analyzed at least 306 of Bach’s original chorale harmonizations to create music and tune with the user’s input notes. This experience only takes us to think about the bigger question about the music industry. How will AI transform the lives of music producers, artists, songwriters among others? And considering Google’s advancement towards bringing ML to music, will we enter an era of ML artists?

Music labels are more than interested to adopt AI

Creative artificial intelligence is leaving everyone spellbound. Be it creating new notes, blockbuster hits or songs that everyone will instantly fall in love. Creative AI is not just enabling labels to produce high-quality music but also letting them earn substantial monetary benefits from them. Not just this, but the adoption of AI is also because of the traditional way music labels make money.

For example, let’s suppose that a music label produces a song that earns around 100,000 dollars gross revenue in a quarter. This revenue doesn’t go entirely into the label’s account. Instead, the label keeps let’s say 40 percent of this and gives the rest 60 percent to appropriate stakeholders. This means that the label on an average can make around 40000 dollars.

Now imagine a machine learning algorithm or artificial intelligence program can produce an equally efficient record and high quality, but at much fewer costs and manpower. The idea isn’t a distant one.

The Warner Music Group recently signed the sound startup Endel that uses artificial intelligence to make personalized audio tracks. These tracks are designed to boost people’s mood and make them more productive. Even though the music produced wasn’t good enough to top the charts or make it to Billboard’s top 100, Warners signed a 20 album deal with the company. This real-world example demonstrates the potential of AI in the music industry and how the coming generation can be ruled by ML artists.

So far, artificial intelligence backed music projects have been the research objective of a few organizations. In another instances, the Sony Computer Science Laboratory, CSL in Paris introduced DrumNet that can automatically generate kick drum tracks. It’s fundamentally based on an artificial neural network that learns rhythmic relationships between different instruments and encodes these in a space of 16 dimensions.

In other words, the style of the kick drum is identified by this multi-dimensional vector that is sampled from an independent multivariate Gaussian series. The style vector helps determine the relationship between the kicks of the drums and the onset of other elements such as bass, snare, beat, downbeats etc. The ML model is also based on a series of Convolutional Gated Auto Encoders and adjusts the tempo and timing of the output based on the input.

Even though the intervention of AI in the music industry sounds relatively new, it was Alan Turing in 1951 who was the first to record computer-generated music, using a machine that was large enough to fill an entire lab. Then, 65 years after their creation, the recordings were restored by New Zealand researchers.

Today AI continues to generate music. When creating musical pieces, it starts analyzing data from different compositions. The next step is to utilize reinforcement learning to enable the algorithm to learn characteristics and patterns that make music enjoyable.

On the same tracks, AI keeps the power to compose new music and tracks by combining elements in unique ways. Projects like Google’s Magenta, Sony’s Flow Machines and tracks like Daddy’s Car are already out there in the market. This is pushing musicians and professionals to acquire tech skills along with their knowledge of music. The future will ultimately belong to those who can leverage AI to do their jobs even better.

Read next: Adobe CC got your head spinning? Give PixTeller a try