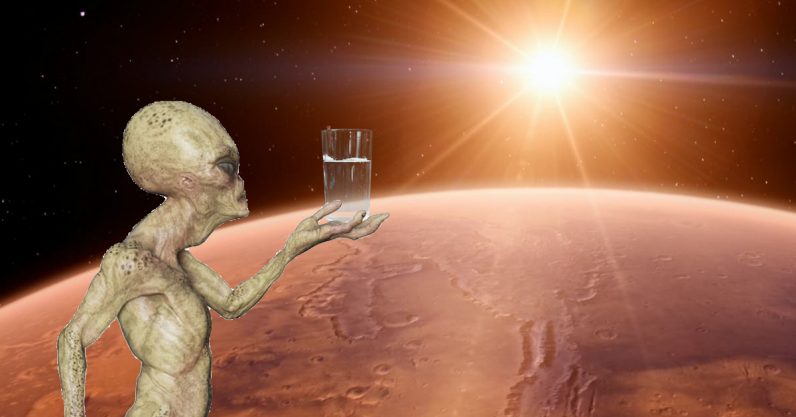 The Curiosity rover on Mars has sampled ancient lake deposits from Gale Crater on the Red Planet, showing water that once existed there was dense with salt and minerals. By studying mineral deposits on Mars, researchers hope to better understand the composition of water on the surface of that world in the ancient past. Water, on Earth or on Mars, leaves distinctive chemical traces, and examination of mineral deposits can reveal significant information about long-lost seas.

Researchers study the salinity of deposits — the concentrations of salt in formations that were once exposed to water. They also look at the redox state of minerals — essentially, the balance between hydrogen and oxygen—in samples to better understand the sample material. Here on Earth, material that is exposed to the atmosphere becomes oxygen-rich, while samples from just a few inches underground show higher concentrations of reducers like hydrogen.

“Salinity, pH, and redox states are fundamental properties that characterize natural waters. These properties of surface waters on early Mars reflect palaeoenvironments and thus provide clues on the palaeoclimate and habitability,” researchers from the Tokyo Institute of Technology report in the journal Nature.

[Read: Scientists explain what on earth could live on a salt water lake on Mars]

Examination of material from Gale Crater shows the water which once occupied the paleolake had a similar chemical composition to the oceans of Earth. This suggests that modern life on Earth may have once been able to thrive in the ancient seas of Mars.

However, this finding brings about another puzzle — if Martian water was so amicable to life, why have we not yet found conclusive evidence of life on Mars?

There are several planets and moons in our solar system which could be home to primitive life, or to have hosted lifeforms in the past. Mars was once a water world, where vast oceans and mighty rivers carried liquid water across its surface.

Mars is also cold, but temperatures near the Martian equator can reach near-temperate conditions during the day, before plummeting at night. A thin, but still substantial atmosphere, was also once denser, encompassing the Red Planet. The NASA video below shows a look at some of the surprising findings uncovered on Mars by the Curiosity rover.

These conditions in the ancient past make the Red Planet a leading candidate for places where evidence of ancient life maybe, one day, be uncovered.

The Curiosity rover was launched from Earth in November 2011, landing on Mars in August 2012, on a mission to uncover the mysteries of Mars. A number of additional missions, developed by space programs around the world, are scheduled to launch to the Red Planet this year.

Read next: 124 years after the first speeding ticket and regulations still can’t keep up with tech