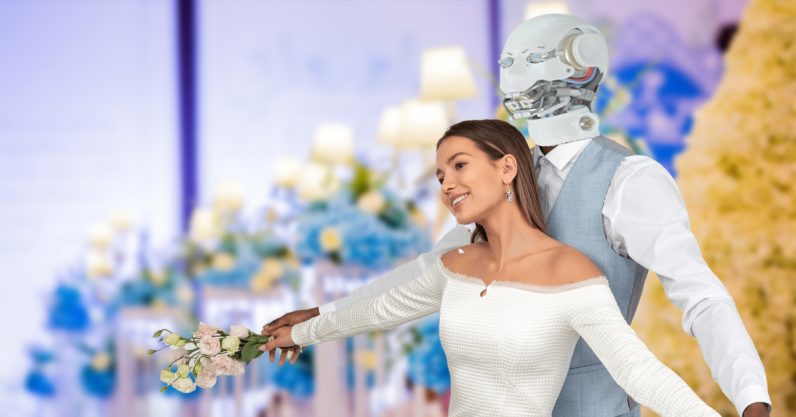 With each passing day, we’re using artificial intelligence for a variety of purposes and jobs. It has penetrated almost every industry and is helping them become innovative, develop authentic tools, and build strategies towards a sustainable future. Researchers are eagerly exploring new use cases of artificial intelligence that have the power to radically transform societies around us. But as we develop intelligence artificially, will be there a room for this AI to rewire us as humans?

Artificial intelligence has come a long way since its inception. We are at the brink of a massive change where world leaders are constantly discussing whether AI will take over the world and start controlling us. Even though it might not seem possible at the moment, there are plenty of theories that suggest the deadly impact of AI in the future. And who knows, the coming generation might have AI take the leadership role. Be it for the better or worse, artificial intelligence is all set to alter a human’s capacity for friendship, leadership, altruism, and ultimately love.

From fiction to reality

A majority of us have grown up watching science fiction. There’s one thing we’ve learned from all of them, and that’s to fear AI. The staple of sci-fi movies for a long time has been how artificially intelligent robots will transform our lives. Go back to some of the classic AI depictions in movies. Be it Star Wars’ C3PO and R2D2 who work with the rebel alliance to thwart the empire or HAL 9000 and Ex-Machina who try to plot the murder of their master creators.

All these imaginaries were focused on how this technology can directly impact human beings from physical interaction. But, none of these narrates a story about the social effects or implications of AI. In other words, the way humans would interact with one other will be shaped by AI as we move into the future.

When the interaction between humans and artificial intelligence was still a distant prospect in the 1940s, Isaac Asimov came up with his three popular laws of robotics. These were to keep the emerging AI or robots from causing any harm to the human. Isaac’s very first law pointed out that robots would indeed affect humans via direct interaction, for good and evil.

Humans are directly interacting with AI

Take a look around today. We are surrounded by artificial intelligence with which we can interact directly. Be it the voice assistant on our phones, smart devices such as Google Home, Echo Dot, etc. in our homes or the plethora of applications on our smartphones. We live in the age of artificial intelligence. We have robots as home assistants, the ones who perform surgeries, and the ones who even look like us.

As we move forward to beat our own technological advancement, we’re on the road to developing more sophisticated AI. And as we do, machines will become the target of our affections. Remember the sci-fi drama ‘Her,’ where an introvert writer buys an artificial intelligence to help him write and ends up falling in love with it. He is captivated by the AI’s capability to learn and adapt. As humans, we are only as good as our imaginations. It might not seem like happening right away, but research suggests that humans could be falling in love and marrying artificial intelligence in the future.

Falling into the arms of AI

Dr. Maciej Musial from the University of Adam Mickiewicz in Poznan, Poland has pointed out that people will soon fall into the arms of humanoid robots and artificial intelligence apps on our smartphones. The evidence of this can be found in the fact that people are already seen growing attached to their gadgets such as smartphones. The research further suggested that a new phenomenon becoming frequent is the underlying formation of emotional relationships between humans and artificial intelligence under different disguises.

When noted carefully, the attitude of human beings towards robots is linked to the mechanism which refers to people’s attitude towards other objects along with emotional attachment and animation. In other words, giving robots the characteristics of living beings. Studies exist that show how people form rudimentary binds with household appliances like automatic vacuums and more. It was observed that the owner of these simpleton robots would leave the house dirty or do the work by themselves if the robots seemed in a bad mood.

Even though it might sound less serious, but the car and bike owners do give their vehicles affectionate names. If researchers manage to bridge the remaining gap between artificial intelligence and humans, the day won’t be far when humans will develop more serious emotional partnerships with robots. And who knows, one-day forming bonds with complex machines might become a societal norm, which will lead humans to get married with robots.

David Hanson, who created the famous lifelike Sophia Robot recently revealed that humans are only a few decades away from marrying droids. There is already the kind of robot in the world today that overcome the bridge of intimacy, which is required for a deep emotional partnership. The researcher suggests that humanoids will get the same rights as humans by the year 2045. This would include the right to own land, vote in general elections, and even marry.

Hanson also suggests that by the year 2035, robots will be able to accomplish almost everything that humans do. They might even start their own ‘Global Robotic Civil Rights Moments’ by 2038 and compel leaders to provide them with equal status in the human world.

The truth behind these predictions is only hidden in the future. But based on the evidence today, we do know that humans develop an emotional attachment to their devices that display human-like behaviors. The boundary between the real world and the virtual world is being narrowed down. In other words, the gaps between simulations and what is being simulated are blurred with advancing AI. In this way, the relationships between human and virtual realities tend to be more satisfying than traditional relationships.

Read next: How to enable 144Hz (or higher) on your expensive gaming monitor