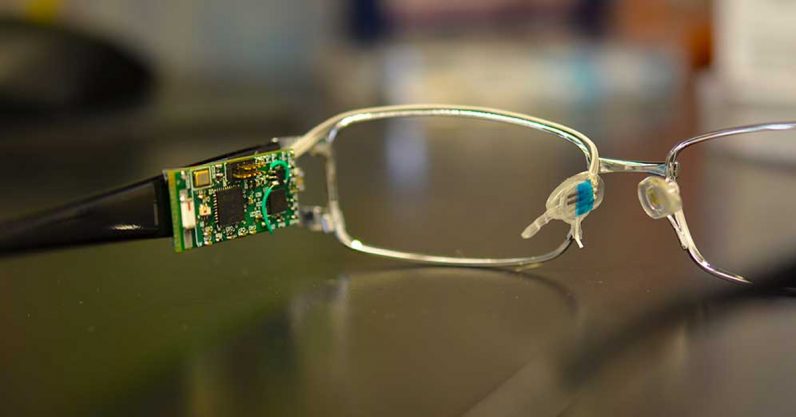 Brazilian and US scientists have developed a glasses-based biosensor capable of measuring blood glucose levels through a person’s tears, offering a less invasive test for diabetics.

Glucose levels need to be frequently monitored in people with diabetes, a disease that affects 62 million people in the Americas and 380 million worldwide.

According to the World Health Organization (WHO), diabetes has been rising alarmingly in recent decades — with the fastest increase in low- and middle-income countries — and could affect 580 million people by 2035.

Many people with the disease use a portable glycosometer to measure blood glucose levels by pricking their fingertips to get a blood sample. The process, which may be repeated several times a day, can be painful and carries a risk of infection.

Biosensors are able to measure biological or chemical reactions and generate a signal proportional to the concentration of a particular substance. They are increasingly being designed and used to speed up laboratory test results, monitor health conditions, and diagnose and prevent disease, even in some developing countries such as Brazil.

Researchers from the University of São Paulo’s São Carlos Physics Institute, along with scientists from the University of California’s Department of Nanoengineering, in San Diego, immobilized the enzyme on an electrode coupled to a circuit with a constant flow of electrons, and then installed the device on the nose pad of the pair of glasses. The user must produce tears by exposing their eyes to an eye-sensitive substance that stimulates the lachrymal gland.

As the tears come into contact with the glucose oxidase, it alters the flow of electrons, producing a signal that is recorded and processed by the device installed in the arm of the eyeglasses, which sends the results in real-time to a computer or smartphone.

Laís Canniatti Brazaca, a physician and researcher at the São Carlos Chemistry Institute and one of the authors of the study published in Biosensors and Bioelectronics, told SciDev.Net: “The concentrations of various metabolites in tears reflect concurrent blood levels, making them an attractive medium for non-invasive monitoring of physiological parameters.”

Apart from being painless, the biosensor could “decrease infections risk in people who frequently use glycosometers”, Brazaca added.

She said the device could also measure levels of vitamins and alcohol in the blood by “simply changing the coupled electrode attached on the eyeglasses’ nose pads”.

By using the same approach, a team of researchers from the State University of São Paulo Chemical Institute have created a biosensor able to detect and quantify biomarker proteins for clinical diagnosis of neglected diseases and chronic degenerative diseases, such as certain types of cancer.

Paulo Roberto Bueno, a materials engineer at the State University of São Paulo Chemical Institute said: “The idea is to conduct the exam using just a drop of blood on the device.”

This simple approach could improve diagnosis of diseases by medical professionals, or by patients themselves at home, aided by artificial intelligence software.

The researchers expect to commercialize the new device within three years. In the case of the glasses-based biosensor, there is no forecast as yet for the device to reach the market.

Cleverton Pirich, a biochemist at Paraná Federal University, Brazil, said that although the benefits of biosensors for improving quality of life and human health have long been known, there is still a long road ahead until these devices are produced and marketed on a large scale in countries such as Brazil.

However, he argues these devices have great potential in diagnosing and preventing neglected diseases in developing countries or even genetic disorders that can be diagnosed shortly after or even before birth

“Increasing public and private investment in innovative research projects in this area would be the main way to accelerate all these processes,” he adds.

This article written by Rodrigo de Oliveira Andrade was produced by SciDev.Net’s Latin and American and Caribbean desk and edited for clarity. The study published in Biosensors and Bioelectronics was supported by FAPESP, a donor of SciDev.Net. Read the original article here.

Read next: Black Friday is done. So why are these gift options still at rock bottom prices?