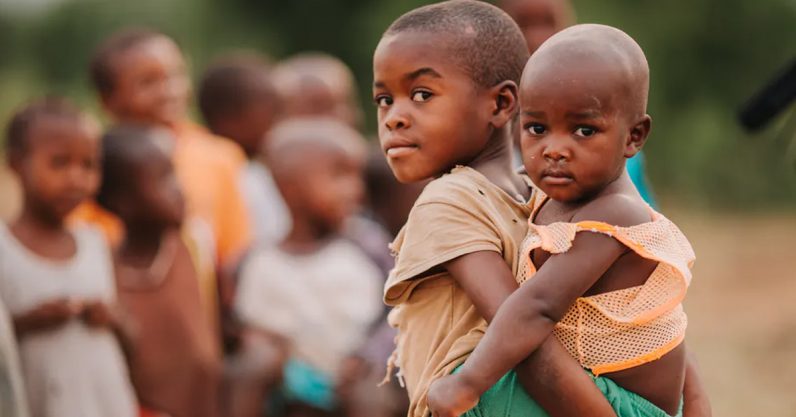 Four years ago the United Nations (UN) member states created a list of international development targets, known as the Sustainable Development Goals. These included 17 urgent calls for action aimed at improving the lives of people around the world. Tackling poverty and food insecurity were placed at the top of the list.

One region where hunger and poverty continue to blight the lives of millions, affecting the survival and development of children, in particular, is in West and Central Africa.

For the UN to develop effective policies for reducing persistent poverty and hunger, they first needed a clear picture of the scale of the crisis, – including how many children are still affected by malnutrition. Our project explored whether the measures used in UN reports provide an accurate picture of the full scale of malnutrition, and progress made, in West and Central Africa.

Our results suggest that the numbers currently used to estimate malnutrition underplay the true extent of the problem. We believe current indicators underestimate the overall extent of malnutrition among young children in the region by at least 6m children.

Our analysis used data on young children under five years old collected by USAID’s Demographic and Health Survey and UNICEF’s Multiple Indicator Cluster Surveys. We looked at data from the 18 countries in West and Central Africa.

The project produced the first estimates of the extent and number of children in the region experiencing any form of anthropometric failure – meaning their physical development was stunted due to poor nutrition. Children with anthropometric failure are either too short or too light for their age or too light for their height. These forms of malnutrition are known as stunting, underweight and wasting, respectively.

One reason why conventional estimates of child malnutrition understate the extent of the problem is because of the indicators used. The Millennium Development Goals assessed progress until 2015 using data on the number and proportion of children who were underweight.

The Sustainable Development Goals are tracking progress until 2030. They’re looking at the number and proportion of children who experience stunting (their height was lower than expected for their age), and wasting (their weight for their height is less than expected). Stunting reflects chronic, longer-term malnutrition, while wasting is an indicator of more recent, acute malnutrition. Tracking progress over time using different indicators can be confusing – especially when they tell quite different stories of extent and trends.

Our study used a measure of overall malnutrition called the Composite Index of Anthropometric Failure (CIAF). This identifies children who experience any form of malnutrition – whether it’s stunting, wasting, being underweight, or any combination of these.

The CIAF provides more accurate estimates of what proportion of a nation’s young children suffer from malnutrition because it can identify children suffering from any form of malnutrition. Other indicators, like those used in UN reports, do not do this.

Similarly, the Sustainable Development Goals currently report the percentage of stunted children and wasted children separately. This means that we still lack estimates of the number of children who experience either stunting, wasting or who are underweight, or a combination of these measures. The CIAF overcomes this problem.

The scale of multiple malnutrition

Our study shows that estimates of child malnutrition vary considerably depending on the indicator used. At the regional level in 2010, there were around 15.5m underweight children (23 percent). Around 26.4m children experienced stunting (38 percent), and 8.2m children experienced wasting (12 percent). However, when we used the CIAF, we found nearly half (48 percent) of the region’s children under five (about 32.8m) were affected.

This shows that conventional estimates of malnutrition for the region effectively overlooked millions of malnourished children. As such, current UN estimates don’t fully reflect the extent of the problem in the region.

Though other studies have looked at multiple malnutrition, they may also be underestimating the extent of the problem. Many focus specifically on stunting and wasting, so they may neglect valuable information provided by underweight data.

These studies on multiple malnutrition have also only counted children experiencing both stunting and wasting, who are at greatest risk of poor health and death. Using a joint measure of stunting and wasting, we estimate that in 2010, around one in 25 children in West and Central Africa (4 percent, or 2.5m) were affected, suggesting that multiple malnutrition is relatively rare.

Our study also shows how the situation changed during the first decade of the new millennium. Using data for countries with multiple surveys, we show that between 2000 and 2010 progress in reducing child malnutrition in West and Central Africa wasn’t enough to outrun rapid population growth. By 2010 there were an additional 2.5m malnourished children in the region compared to five years previously. Prevalence rates also hadn’t fallen significantly.

Of the additional 2.5m malnourished children, more than half lived in rural areas. However, large urban population increases meant that urban areas contributed around a million children to the higher regional figures.