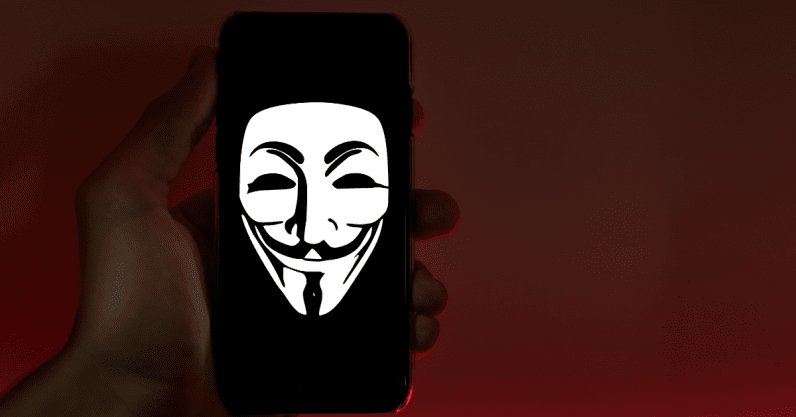 When the anonymous social media app YOLO was launched in May 2019, it topped the iTunes downloads chart after just one week, despite the lack of a major marketing campaign. Designed to be used with social network Snapchat, YOLO lets users invite people to send them anonymous messages. Its viral popularity followed that of other apps, such as the now infamously defunct Yik Yak as well as Whisper, Secret, Spout, Swiflie, and Sarahah. All these cater to a desire for anonymous interaction online.

The explosive popularity of YOLO has led to warnings of the same problem that led to Yik Yak’s shutdown, namely that its anonymity could lead to cyberbullying and hate speech.

But in an age of online surveillance and self-censorship, proponents view anonymity as an essential component of privacy and free-speech. And our own research on anonymous online interactions among teenagers in the UK and Ireland has revealed a wider range of interactions that extend beyond the toxic to the benign and even beneficial.

The problem with anonymous apps is the torrent of reports of cyberbullying, harassment, and threats that appear to be even more of a feature than in regular social networks. Psychologist John Suler, who specializes in online behavior, describes this phenomenon as the “online disinhibition effect”. This means people feel less accountable for their actions when they feel removed from their real identities.

The veil provided by anonymity enables people to become rude, critical, angry, hateful, and threatening towards one another, without fear of repercussion. But this opportunity for uninhibited expression is also what makes anonymous apps both attractive to and beneficial for people who want to use them in a positive way.

Recent studies highlight that young people are becoming increasingly dissatisfied with the narcissistic culture that dominates networks such as Facebook, Instagram and Snapchat. Due to the nature of their design, these platforms encourage people to present idealized versions of themselves. Not only is this emotionally taxing, but deploying the camera filters and other image augmentation tools involved in these idealized presentations means this process can involve a significant workload.

Young people increasingly feel that social media can lead to anxiety and feelings of inadequacy that they take from constantly comparing themselves to unrealistic images of other people. In light of these pressures, it’s less surprising that young people are increasingly turning to various forms of anonymous interaction that free them from the need to present a perfect avatar.

Instead, anonymous apps provide a forum for young people to engage in what they consider to be more authentic modes of interaction, expression and connection. This can take various forms. For some, anonymity opens up space to be honest about the problems they suffer and seek support for issues that carry stigma – such as anxiety, depression, self-harm, addiction and body dysphoria. It can provide an important outlet for catharsis and, at times, comfort.

For others, anonymity gives them a way to pronounce their harsh “truths” on important social issues without fear of retribution for going against popular opinions of their peers. One aspect of the idealized self-presentation of social media is supporting certain views because they are seen to be fashionable among a certain group of people, rather than because they are truly held beliefs.

This so-called “virtue signaling” is part of the debate about the authenticity of interactions online. While anonymity doesn’t necessarily create more intellectual discussion, it does provide a more open forum where people can represent their true opinions without fear of being ostracized or harassed for saying the wrong thing.

A ban would be shortsighted

Anonymity is not perfect, it is not always good, but equally it is not always bad. Cyberbullying is an undoubtedly a serious issue that needs to be tackled. Yet content moderation and the determination of what can, and cannot, be said or shared online is subjective. It is an imperfect system, but calls for an outright ban on anonymity may be short-sighted. They tend to underline the negative associations of anonymity without showing awareness of its positive potential.

What is truly needed is education. Certainly more needs to be done to educate young people about the perils of social media consumption. Updated curricula in schools, colleges and universities can, and should, do much more in this respect.

But equally, app designers and service providers need to become more aware of the negative effects that their offerings can have. Safeguarding should top the agendas of Silicon Valley companies, especially when they are targeting young people and freeing people to say whatever they like without fear of repercussions.

This article is republished from The Conversation by Killian O’Leary, Lecturer in Consumer Behaviour, Lancaster University and Stephen Murphy, Lecturer in Marketing, University of Essex under a Creative Commons license. Read the original article.

Read next: BBC: Russia is working on a Tor de-anonymization project