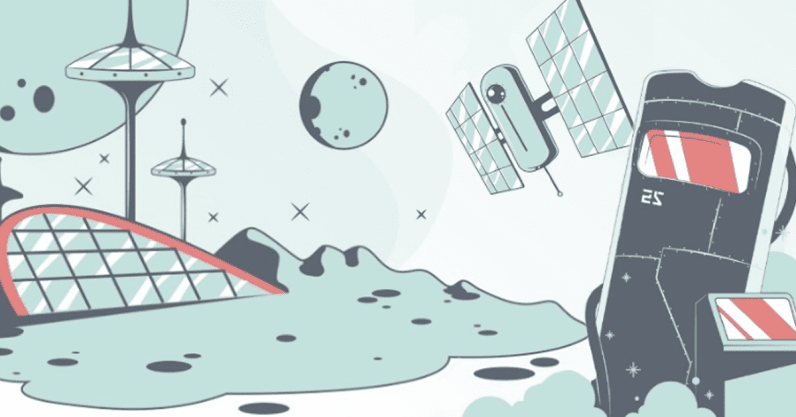 While we all know that billionaires control a substantial amount of the world’s wealth – in fact, current projections see the richest 1% controlling 2/3 of it by 2030 – what they use their vast fortunes on may surprise you.

When they aren’t investing in space shuttles, underground Hyperloops and sprawling tech campuses, the super-rich are looking at a range of mind-blowing methods to increase their lifespan.

We’ve dug into some of the strangest and most extravagant approaches billionaires have turned to in their quest for immortality (or at least get a few more years in than the rest of us).

While this may seem like something straight out of a sci-fi blockbuster, there are companies out there conducting trials into the effects of transfusing blood from young, healthy people (specifically those between ages 16 and 25) into those who feel that they’re getting on in years. That’s not to say it’s restricted to the elderly – anyone aged 35 and up is viable for this service.

Billionaire PayPal co-founder turned venture capitalist Peter Thiel has made headlines over the past few years for his rumored interest in this process, specifically related to a start-up company called Ambrosia. This isn’t new ground for Thiel who has made investments in several medical research start-ups looking at ways to extend life via his Breakout Labs fund.

In case this all still sounds a little bit far-fetched, there had been enough progress made to prompt the US Food and Drug Administration (FDA) to issue a statement that the process ‘has no proven clinical benefits’ and is ‘potentially harmful’.

This is unlikely to deter interest from those with the cash for a pint or two of youthful plasma and as of the start of 2019 – there are three US companies offering the service to well-paying trial participants.

If you had the chance to be preserved after death with the possibility of being resuscitated in a future where medical science is lightyears ahead, would you take it? It seems like, for some prominent billionaires, the answer is a resounding yes.

Peter Thiel (yes, him again) is the most vocal in his endorsement of this process via substantial investments proving that the mega-rich see some real potential in the method of life extension.

One of the most famous people associated with cryonics is Walt Disney. Although the rumors of him being frozen after his death have been debunked, the process itself is very real.

Another notable billionaire championing cryonics is Canadian businessman and founder of Future Electronics, Robert Miller. He not only donates generously to the Alcor Life Extension Foundation but has also stated that he intends to undergo the process himself.

It’s not just humans that can benefit from the freezing process according to the Cryonics Institute which also offers a range of options for pets – £4,000 for cats or dogs and even £760 for a pet bird. At least the billionaires who choose to give this method a go won’t be lonely in the distant future – assuming that they’re ever unfrozen.

Would you consider uploading your brain to the cloud if it meant you could live forever? What if you knew to do so you’d have to be euthanized as part of the procedure? Now we’ve really crossed the line into futurist fiction territory – or, if MIT-backed research company Nectome is to be believed – the next step in human consciousness.

While it’s easy to laugh these ideas off as Silicon Valley gone mad, it’s worth mentioning that there’s some serious money being invested into this project – with around £1 million in funding and a £900,000 federal grant from the US National Institute of Mental Health.

While this may sound completely unbelievable, here’s what Google’s director of engineering, Ray Kurzweil, has to say on the subject:

Another company looking into ways in which humans can live on via digital consciousness is the Terasem Movement Foundation looking to create ‘mindware’ which would be used as part of a ‘nanotechnological body’ (a robot essentially) that would allow you to live without the constraints of pesky things like death and old age.

The end of the world could take many forms. Perhaps the global economy will collapse and lead to a state of worldwide anarchy, maybe there will be a pandemic that will decimate the population – that’s not even going into risks posed by solar flares. If this is all starting to sound a little bit paranoid, you obviously aren’t sitting on billions.

Reddit’s CEO Steve Huffman has provided the best insight into this mentality, claiming that he had corrective eye surgery and stockpiles weaponry, food and gold coins to make sure he’s ready for a disaster scenario.

If his case sounds like an anomaly, estimates from insiders claim that upwards of 50% of Silicon Valley billionaires have some form of ‘apocalypse insurance’.

It seems to be impossible to find a scheme to outlive the rest of us that Peter Thiel isn’t involved in. Like several of his unimaginably rich peers, he has purchased a 477-acre estate in New Zealand worth tens of millions which he claims is ‘insurance’ against global catastrophes.

Facebook’s Mark Zuckerberg is apparently on the same wavelength, with a 700-acre plot of land in Hawaii “just in case”, while Oracle co-founder Larry Ellison has taken it a step further – buying 98% of the land on Hawaii’s sixth-largest island, Lanai, as well as his own airline.

They say money can’t buy you happiness, but it can certainly get you somewhere fancy to hide while the world ends.

When you’ve accumulated all the money it’s possible to get your hands on here on Earth, it makes sense that you’d set your sights a bit further. That’s exactly what several super-rich individuals are currently doing – with a ‘billionaire space race’ now underway.

As well as being a smart investment where tech development is concerned and the commercial aspects netting them some big revenue, there’s a clear ulterior motive of hedging bets in case our planet suffers a crisis. After all, who doesn’t dream of a nice holiday home on Mars?

We may be even closer to living the interstellar life than you may think. Dr Igor Ashurbeyli, a Russian billionaire and rocket scientist, is currently developing a project called ‘Asgardia’ which he envisions as…

“The first fully independent ‘nation’ in space, with its own government, virtual currency, justice system and calendar.”

With so much wealth and pride at stake in these space projects, you can expect some rapid progress as the richest people on Earth battle it out to be the first to stake their claim to some off-world real estate.

So, the lesson here is that if you’re super rich, there are plenty of investment opportunities in the immortality market. If cryonics isn’t for you, why not digital consciousness? If those are a bit far-fetched there’s always an island retreat or luxury bunker on the market.

Read next: Is Facebook really the corporate monster everyone wants it to be?