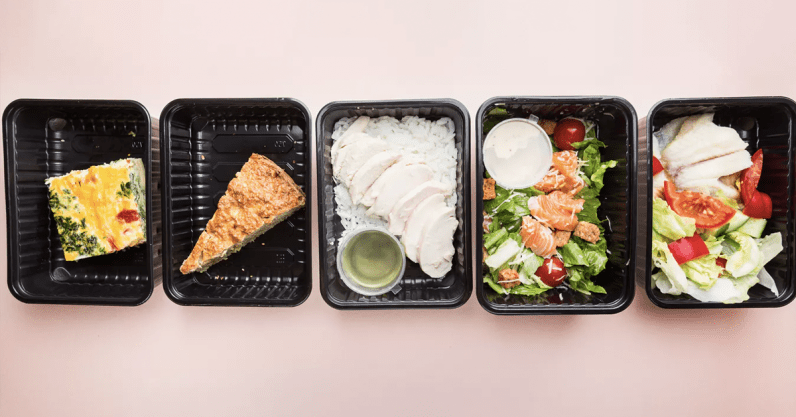 The big problem with plastics is that though they last for a very long time, most are thrown away after only one use. Since plastics were invented in the 1950s, about 8,300m metric tonnes (Mt) have been made, but over half (4,900 Mt) is already in landfill or has been lost to the environment. In 2010 alone, an estimated 4.8 to 12.7 Mt went into the oceans.

Only a small proportion of the hundreds of types of plastics can be recycled by conventional technology. But there are other things we can do to reuse plastics after they’ve served their original purpose. My research, for example, focuses on chemical recycling, and I’ve been looking into how food packaging can be used to create new materials like wires for electricity.

In chemical recycling you use the constituent elements to make new materials. All plastics are made of carbon, hydrogen and sometimes oxygen. The amounts and arrangements of these three elements make each plastic unique. As plastics are very pure and highly refined chemicals, they can be broken down into these elements and then bonded in different arrangements to make high value materials such as carbon nanotubes. In theory, the only side products from doing this should be oxygen and hydrogen.

Carbon nanotubes are tiny molecules with incredible physical properties. Think of a piece of chicken wire wrapped into a cylinder. This is what the structure of a carbon nanotube looks like. When carbon is arranged like this it can conduct both heat and electricity. These two different forms of energy are each very important to control and use in the right quantities, depending on your needs.

For our new study, we took plastics – in particular black plastics, which are commonly used as packaging for ready meals and fruit and vegetables in supermarkets, but can’t be easily recycled – and stripped the carbon from them, then built nanotube molecules from the bottom up using the carbon atoms.

Nanotubes are 80,000 times thinner than a human hair, in fact they are virtually as thin as DNA strands. But being made of carbon-carbon bonds also gives them diamond-like strength. They are so strong they’re considered the ideal material for a proposed space elevator.

Nanotubes have already been used to make conductive films on touchscreen displays, and their pliability has made them ideal for flexible electronics too. They have also been used to develop fabrics that create energy when you move, and NASA has used them to prevent electric shocks on the Juno spacecraft. In addition, they were recently used to create antennas for 5G networks.

New use for nanotubes

We’ve been specifically making carbon nanotubes because they can be used to solve the problem of electricity cables overheating and failing. Across the world about 8% of electricity is lost in transmission and distribution. This might not seem like much, but it is low because electricity cables are short, which means that power stations have to be close to the location where electricity is used, otherwise the energy is lost in transmission. Many long range cables (which are made of metals) can’t operate at full capacity because they would overheat and melt. This is a real problem for a renewable energy future using wind or solar, because the best sites are far from where people live.

I’ve spent several years learning what’s important to get the best electrical performance from carbon wires. To do this I first specialized in creating the highest quality nanotubes using the most appropriate methods to make best the conductor. I mapped out the best reaction conditions which gave us the ability to use black plastics as a feedstock.

Now we have been able to use nanotubes to transmit electricity to a light bulb in a small demonstrator model. In the long run I plan to make high purity carbon electrical cables using waste plastic materials. And I am currently working to improve the nanotube material’s electrical performance and increase the output, so they are ready for large-scale deployment in the next three years.

Sticking to my motto of “no carbon left behind” we are also developing new ways to quickly and economically convert plastics using this chemical recycling method. Any carbon that escapes our process is a loss to us, and could be a pollutant. So we aim to keep this to an absolute minimum by capturing the carbon after each step using chemical scrubbers to capture carbon from the exhaust gas so it can be upcycled again and again, until we’ve used as much of the original carbon as physically possible.

We are also looking at using other forms of carbon waste to make nanomaterials. Plastics are a known problem, but there are lots of other carbon materials such as tyres, papers, paints, solvents, and refrigerants that don’t always have an end of life plan. The plastics problem is growing at the rate of plastic use, with only a very small amount of them being reused. But our research shows that we can use today’s problem to make tomorrow’s materials.

This article is republished from The Conversation by Alvin Orbaek White, Senior Lecturer in Engineering and Sêr Cymru II Fellow, Swansea University under a Creative Commons license. Read the original article.

Read next: The Wayback Machine can now highlight changes in copy on websites