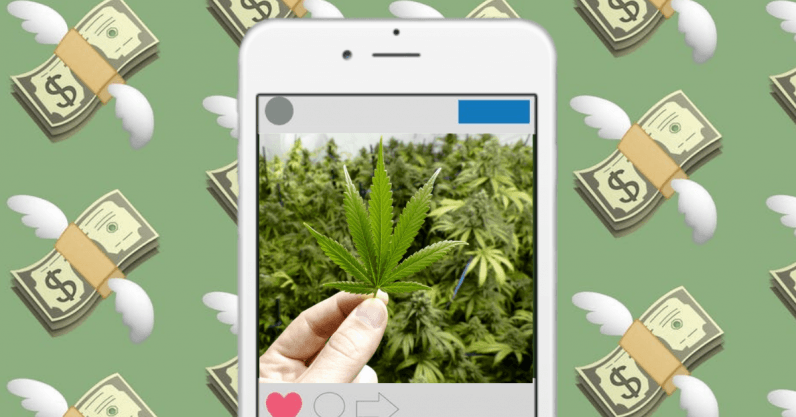 Markets for illicit drugs are constantly evolving to increase profits and reduce risks to suppliers in response to law enforcement tactics. New technologies have been taken up with enthusiasm: from the use of pagers and mobile phones in the 1990s, to the more recent growth of online pharmacies and drug cryptomarkets, which host large numbers of illicit drug vendors operating in the hidden portion of the internet known as the “dark net”.

The most recent trend – which, until now, has only been recognized through anecdotal evidence and media reports – is the use of common social media and encrypted messaging apps, such as Instagram, Snapchat, WhatsApp, and Wickr, to supply and access illicit drugs. Our latest research provides the first exploration of this new market, analyzing people’s motivations, methods, experiences and perceptions in relation to buying illicit drugs via apps.

We found that, for our participants, apps offer an intermediary option between street-level and online drugs markets, as they offer a quick, convenient and “secure” method for buying illicit drugs – especially since many of these apps are already installed on their phones. Snapchat, Instagram, Wickr, and Kik were the preferred apps, while cannabis, LSD and ecstasy were the most common drugs purchased.

People use apps in different ways to buy and sell drugs, depending on the original purpose of the app. For example, Instagram is more likely to be used as a commercial marketplace, where a potential buyer could locate a dealer by searching and browsing their products. But when it comes to making a deal, users are more likely to move across to an encrypted messaging app, such as Wickr or WhatsApp, to establish a physical meeting place.

Inbuilt security features can also make a difference to the way people use an app for this purpose – Snapchat, for example, provides a platform for connecting buyers with a seller, but with the additional feature of being able to receive self-deleting snaps.

Dating apps, meanwhile, rely on a mobile phone’s location service to connect people, and required users to swipe through profiles looking for particular emojis, which indicate a potential dealer – for example, the use of the maple leaf emoji to signify cannabis.

Welcome to the 21st century

Social supply – that is, buying from friends or acquaintances – remains the most popular method of supplying drugs. But apps are increasingly being used because of their convenience and speed, which circumvents the need to hassle friends, seek out a street dealer or use the complex technology related to dark net markets.

The wide range of substances available for purchase also motivated our participants to use apps, as they thought prescription medicines such as Xanax and codeine would be more readily accessible on those platforms. Because apps are so commonplace in modern society, some participants felt that buying drugs in this way was a simple matter of “moving with the times” – one participant said: “I felt like I’d woken up in the 21st century.”

While dark net markets use feedback systems to establish the quality of the products being sold and the trustworthiness of the dealer, app-based drug markets cause potential buyers to rely on photos and videos of products as assurances that the seller is legitimate and the substance is safe to consume.

One participant thought “it was a better idea to buy it that way because I could look to see if it seemed cut with anything”. This flies in the face of pharmacological evidence showing that the quality and safety of drugs can only be measured through forensic testing. Any belief that it’s possible to discern the quality and safety of a particular substance is problematic – if not downright dangerous.

The security of encrypted messaging has been called into question in the UK and abroad, as new laws require companies to proactively assist law enforcement agencies in collecting information.

Although our participants felt comfortable with the security provided by apps, and did not believe that they would be personally targeted by law enforcement, it is not yet apparent whether these new measures will have an impact on the popularity of these new forms of drug supply.

Apps have changed the drug supply landscape by providing a route to an illicit drugs market that is easy to access, and giving drug users with a means of connecting directly with commercial drug suppliers and substances that may otherwise remain elusive.

The vast majority of participants in our research who had used apps to buy drugs were 18 years old, so the potential for apps to trigger a “supply gateway effect” – whereby the search for one substance leads to others on the new platform – warrants further investigation.

As app-based drug markets continue to grow, experts and health professionals must work to demystify common assumptions that apps are “secure” and that being able to “see” the drug promotes safer purchasing practices – this could change the behaviour of prospective users and help protect them from danger. And with increasing law enforcement crackdowns likely, leaders need to provide a balanced approach which prioritizes reducing harm.

Read next: ABN AMRO isn't making a Bitcoin wallet - but it might