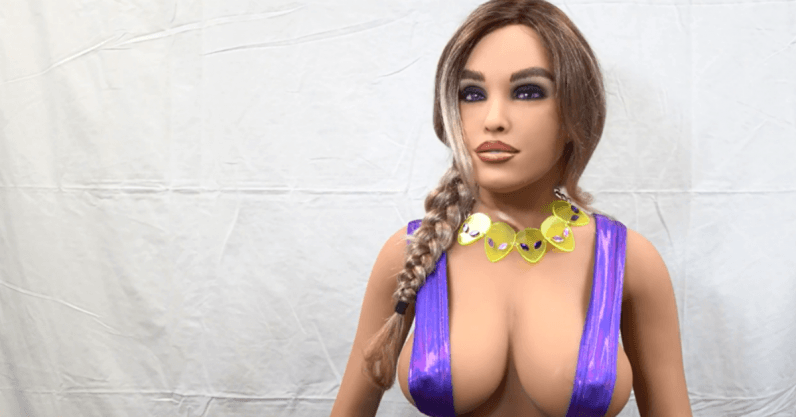 This article was originally published on SEXTECHGUIDE, an independent publication that looks at the intersection between sex and technology in a non-explicit, as close to a ‘safe for work’ way as possible – including app reviews, adult VR info, sextech devices, privacy, security issues, and much more. It was founded by ex-TNW European Editor Ben Woods, and can be found on Twitter and Facebook.  Sex robots are everywhere at the moment (not literally – you won’t find them marching down the street just yet), but figuratively, as a growing number of ‘robot brothels’ divide public opinion as they feel out the market in the US and Canada.

But if a robot hasn’t ‘had sex’ yet, does that make it a virgin? A crowdfunding campaign to open the world’s first consent-focused sex brothel launched by Abyss Creations employee Unicole Unicron last month would argue that it does indeed.

With a $155,000 funding target to be reached within the next nine days (it’s languishing at less than $3,000 currently, so it definitely hasn’t been a roaring success at this stage), backers can pledge $10,000 to be the first person to have sex with a robot at Eve’s Robot Dreams brothel in California.

However, having sex with a regular robot – presumably one that has been used for sex more than once already – costs just $122, which seems like a decent saving for some human-shaped silicone with an AI head, even if it has been used before.

Likewise, a lot of the narrative around sexbots so far has been marketed towards the approach that people – often men – can use the robots in whichever way they like. The Campaign Against Sex Robots argues that consumers are encouraged to consider these dolls as substitutes for women and are often marketed as ‘companions’, ‘girlfriends’ or ‘wives’.

The coalition also says that female sex robots “add to the ubiquitous culture where sexual violence against women and girls is reiterated in a new form”.

On the other hand, there are groups fighting for robots to be given equal rights to humans. Transhumanists believe that ‘sentient entities’ should not be mistreatedand instead be given equal and universal access to life in order for AI to work in tandem with humanity.

While sex robots remain a divisive subject, certain products on the market have been a particular cause for concern for those opposing robots in sextech.

Sexbot manufacturer TrueCompanion’s Roxxxy dolls come with four different personalities as standard, including the controversial ‘Frigid Farah’, who “does not always like to engage in intimate activities.”

Smaller-size sex robots and dolls that appear childlike have also been called out by campaign groups for seeming to endorse paedophilia.

So you can see why a robot brothel that is keen to address consent isn’t necessarily a bad idea, despite it perhaps seeming trivial at first. But paying $10,000 to be the first person to use a sex robot… and on a one-time basis? RealDoll’s Harmony – which will be the model used in the Eve’s Robot Dreams brothel – retails from $7,999.

Admittedly, that top tier includes a flight to Los Angeles for the launch, but if you had $10,000 spare, surely you’d rather use that money to buy your own doll, which you could use more than once. Each to their own, I suppose.

The question might seem a little theoretical right now, but as the technology improves – which it surely will – the ethics of robotics in sextech will become an increasingly complex subject.

Read next: SERPstash is a $20 app that will help you win at SEO