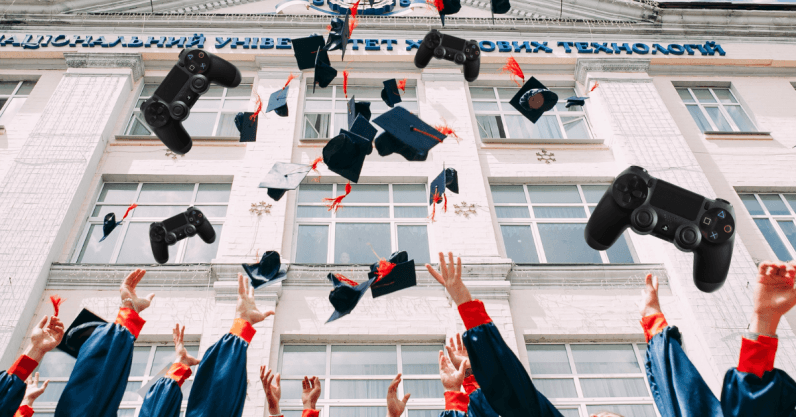 I played a lot of video games when I was a teenager. I have fond memories of hours dedicated to the pixelated missions of the likes of Zelda and Mario Bros on my family’s Nintendo Entertainment System. I later went on to study physics and then engineering at university.

Is there a connection between my degrees and my love of video games? That’s the question I wanted to answer with my recent research.

I found that girls who were heavy video game players were over three times more likely to take a physical science, technology, engineering or maths (PSTEM) undergraduate degree than non-gamers.

This suggests that identifying and encouraging young women gamers could help get more of them studying these subjects at university.

This would be practical way to start addressing the gender imbalance and shortage of qualified people in sectors that rely on PSTEM expertise.

Having said that, in the long term we should be looking for ways to encourage more girls to study these subjects regardless of their other interests.

For my research, I examined data from the Longitudinal Study of Young People in England (LSYPE), which followed a group of teenagers from 2004 until 2016 when most had turned 25.

I looked at the records of 3,500 girls in the study to determine whether their level of interest in video games when they were 13 or 14 had any relationship with the degree subject they later studied.

Girls who played over nine hours of video games a week were 3.3 times more likely to study PSTEM.

This was the case even after accounting for their socio-economic background, their ethnicity, past performance and how good at their chosen subject they felt they were. Video game-playing boys, meanwhile, were only 1.5 times as likely to take up a PSTEM degree.

One way of trying to explain the relationship between video gaming and degree choice is with the idea of stereotypes and media self-socialization.

A general stereotype perpetuated by the media is that PSTEM scientists are typically male geeks who are academically brilliant and obsess over non-physical hobbies such as video game playing.

Take, for example, the popular US sitcom, The Big Bang Theory, in which the male scientist characters are all PSTEM graduates who play video games. In contrast, most of the female scientists in the show are biologists who don’t play games.

Research shows male students really do dominate the physical sciences and engineering, while female students form the majority in biology.

This is something I can confirm through my own classroom experience. Some girls who want to legitimize their membership in PSTEM subjects may try to emulate the geek stereotype, appearing less conventionally feminine, emphazising their academic prowess and playing video games. Video games can become a way of socializing or fitting into expectations of a PSTEM student.

Not just geeks and gamers

The flip-side of this is that girls who do not wish to fit the geek stereotype may reject PSTEM subjects.

It worries me that girls are possibly being put off from studying PSTEM degrees even though they are likely to achieve equivalent results to boys in maths, physics and computer science during secondary school.

Without women and girls, science and engineering misses out on the fresh perspectives and innovations that a wide range of people from different backgrounds can bring to the field.

With this in mind, we need to challenge the PSTEM stereotypes in the media and elsewhere that can stop women seeing themselves as physical scientists or engineers or that encourage them to adopt stereotypical behavior (though some will do this naturally) in order to enter the scientific world.

In the long term, it’s essential that girls are exposed to alternative role models who don’t fit the stereotype, both inside and outside of the classroom.

However, at least in the short term, my research suggests we can use these stereotypes for positive change by encouraging those girls who are more likely to pursue PSTEM subjects in the first place to take them up.

We know that girls are more likely than boys to drop PSTEM subjects around the age of 16. So if we can identify heavy gamers before this time, then we can provide more parental support and encouragement for them to study PSTEM subjects, and pave the way for greater gender balance within the field, to everyone’s benefit.

This article is republished from The Conversation by Anesa Hosein, Lecturer in Higher Education, University of Surrey under a Creative Commons license. Read the original article.

Read next: A few thoughts on HTC’s blockchain phone and what consumers can expect