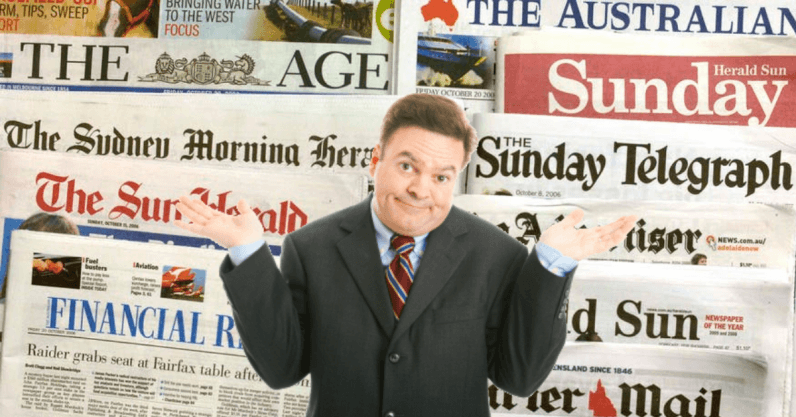 “Just remember, what you are seeing and what you are reading is not what’s happening,” Donald Trump, the president of the United States, once said at a rally. There is no doubt that we have entered a new age of bewilderment in which it is harder than ever before to decide where the truth lies.

Before the explosion of social media, the world seemed an altogether simpler place, with information reaching us via a relatively small number of seemingly trustworthy sources.

The rise of social media has generated a cacophony of contradictory information, mixed in with fake news on an industrial scale. Despite this, many people actually consider social media to be more credible and honest than mainstream media.

The social media revolution has also moved many personal relationships online. Just like we used to get our favorite news from a few known sources, we also used to turn to a few friends to ask for advice about difficult decisions.

Today we often gather advice via Facebook posts or WhatsApp groups – something that can leave us with a large number of contradictory opinions. It is no wonder that we are struggling to make our minds up about what to think these days. But our new research, published in the Journal of Experimental Psychology: General, may offer some guidance.

It is based on a mathematical proof from game theory showing that, if we all express statements with confidence proportional to how sure we are, and if we are swayed by others’ statements according to how confidently they are expressed, then we will end up believing the right answers.

Put simply, if people are confident when they think they are right, and if their confidence makes them persuasive, then this may help us to identify what is true.

We recently tested this theory using laboratory experiments. First, 28 pairs of participants tried to identify a perpetrator from a police photo lineup. In each pair, one participant had an “e-fit ”– a computer-generated image of a person – closely resembling a photo of one of nine suspects, while the other had an e-fit that did not resemble any of the suspects closely.

Participants knew that they had the same photos of the suspects, but different e-fit. They conferred face-to-face but could not see each other’s e-fit.

The results showed that the pair members with good e-fits were much more confident of their judgements and also that they persuaded their partners to agree with them. In most pairs, both participants agreed on the right suspect. This corroborates the confidence heuristic, because it shows that confidence does signal accuracy and does encourage people to believe what is said.

Of course, people vary greatly in general self-confidence and in how forcefully they express themselves. You might have expected this to undermine the confidence heuristic, but no: the heuristic is powerful enough to override these differences easily.

We replicated the finding in experiments with 80 additional participant pairs using geometric shapes rather than faces – the task being to identify which shape was closest in size to a target shape. In one experiment, half the pairs interacted face-to-face and the rest communicated electronically through instant messaging (texting without a character limit).

So, knowledgeable people tend to be confident and therefore persuasive, but how do they communicate their confidence if not through nonverbal signals? Previous research has shown that we use verbal statements such as “I’m not sure”, “it’s kind of …” or “I’m absolutely certain”. Indeed, similar expressions were used in our experiments.

But we also found a much simpler and more direct type of signal, in both face-to-face and instant messaging, that had a remarkably powerful effect: the pair member with the stronger evidence was very often the first to speak and especially the first to suggest an answer. This shows that getting in first is an important signal of confidence.

The confidence heuristic works, but that obviously does not imply that we should always believe confident people who speak first. Some people are overconfident while others may be socially inhibited.

It is also important to consider the context of the decision. Our experiments used “common interest” problems, in which decision makers were incentivized to coordinate their responses to reach a shared goal, such as identifying a criminal. In other contexts, people’s interests sometimes diverge.

For example, a used car salesman may be much more knowledgeable than a customer about a particular car for sale, and may state with great confidence that the asking price is a bargain. But the customer may be ill-advised to believe it, because the salesman has a different agenda.

Equally, many politicians may be motivated to win over voters with overconfident behavior. Sure enough – Trump, who has recurrently been accused of being involved in influencing the 2016 US presidential elections, has a strong incentive to appear confident when stating that the media are biased against him and have fudged incriminatory evidence.

Clearly, Trump’s confident statements don’t necessarily mean he’s always right. Confidence can tell us what people believe to be true or what they want us to believe is true – it does not necessarily always tell us what is actually true.