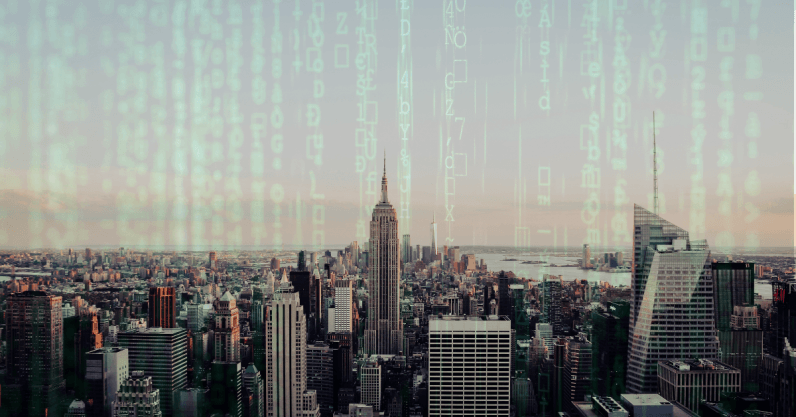 Chandigarh, the capital of both India’s Punjab and its neighboring state Haryana, is a very special city. It rose from the ashes of India’s bloody partition.

It was designed from scratch as part of a project to give Punjab a new capital after Lahore went to Pakistan’s Punjab during the partition of the country. The city was given its present day shape by legendary architects such as Albert Mayer and Le Corbusier. Today, Chandigarh has been designated to become a smart city.

India has an ambitious ‘Smart Cities Mission’. It is essentially a five year program in which all Indian states are participating, with the exception of West Bengal. Will Chandigarh and others emerge as genuine smart cities in India? Will there be a surge in smart cities globally? These are important questions that need to be answered.

What is a smart city?

There is technically no such thing as a ‘smart city’.

As the Atlantic writes, “The term ‘smart city‘ is interesting yet not important, because nobody defines it. ‘Smart’ is a snazzy political label used by a modern alliance of leftist urbanites and tech industrialists. To deem yourself ‘smart’ is to make the nimbyites and market-force people look stupid.”

However, there are certain commonly-accepted criteria. We assume that the concept at least involves a combination of automation, Internet of Things (IoT) and machine learning.

It means local government using the latest Information Technology (IT) and communication technologies to improve on operational efficiency and information sharing, thus leading to a higher level of citizen welfare. In that case, we could say perhaps that a city was ‘smart’.

Putting a value on smartness

Why would any city want to be smart considering there is no fixed definition of smart? Would adding smartness change the life of citizens for the radically better or would it make the city attract new talent?

Perhaps the answers to these questions lies in the way smartness is introduced by the powers that be. If the answer is just attaching a smart tag then, except for empty political posturing by local and federal government, there won’t be any benefits per se.

However, if government can introduce industry-friendly policies that actually bring fresh blood to their cities, then we can assume that there would be some material difference on the ground. This smartness could be used as leverage to increase the competitiveness of any given city.

Yes, there is a downside

On the flip side, these cities won’t necessarily be focused on the comfort or rights of citizens, either. Chances are that such places would bring formerly online concerns onto the streets. Whether it is surveillance, breaches of privacy or security loopholes – the things that we worry about online are likely to also be the offline concerns of the future.

Whereas the governmental model of today assumes some form of citizen participation, in the future we are likely to live in a world where the government would be able to gauge our ‘needs’ based on our activity at the street level.

When you think about the scariest version of a ‘smart city’, you could think about the Chinese social credit, robotic police with tasers and other such plans of the future. In these cases, citizens are reduced to mere data collection objects or digital cattle that need a robotic sheep dog to be put into their pens.

Curb your lifestyle today for a brighter tomorrow

The road to hell is paved with good intentions. The lofty plans of smart cities also come with their own unique price tags. These can include the corporatization of government, as the Indian smart city plan entails, or the forced change in the habits of the citizenry that local governments want to carry out to reach their smart goals.

As an example, let us go back to Chandigarh, India. The local government has a plan to force citizens to install solar panels for generating electricity if they own houses over a certain size. While on the surface this plan may seem novel considering that solar is known to be more benign for the environment, the government has yet to explain why this is necessarily a step towards a smarter city, or how would this be viable for economically weaker residents.

The simple assumption that if you live in a large house, you are also cash rich or bodily able to instal these panels is a bit of a leap. These so-called ‘smart’ plans thus do not seem to be that smart, and they have a definite impact on the residents of today for a promised better tomorrow.

From greenacres to skyscrapers

As cities around the world enjoy a growth spurt, there is no doubt that they want to attract the best of the best. However, this rapid urbanization of the world also means accommodating new people in the emerging smart cities. According to PricewaterhouseCoopers (PwC), 1.5 million people are added to the global urban population each week. It is in the developing world that this trend can be seen in its most active.

This urbanization is leading to a rapid explosion in the ‘smart city’ market as well. PwC estimate that this market is set to reach a staggering US$757.74 billion by 2020.

Narendra Modi may have shown Indians the dreams of smart cities, but what lies ahead? Do India’s poor population have a place in these dreams? Shivani Chaudhry, of Housing and Land Rights Network (HLRN), said: “The premise of the ‘smart city’ as a relevant model needs a fundamental re-evaluation, given the increasing levels of exclusion, impoverishment, unemployment, homelessness, forced evictions and displacement of the urban poor in our cities.”

As India’s popular Prime Minister Narendra Modi heads into the 2019 election, the smart cities project is perhaps set to remain a dream. The central government did not allocate even a single penny to Chandigarh in 2018-19 for the project. Of the Rs.2960 million (US$43.09 million) allocated to the city, the local government has only spent Rs.30 million (US$0.44 million) on various smart projects.

According to the Hindustan Times, the basics haven’t even been put in place. “For Chandigarh, the plan is to introduce 24×7 water supply, smart metering for power and water, a bicycle track at Leisure Valley, disabled-friendly sidewalks, [and] improve parks. But the plans remain only on paper.”

According the 2017 smart cities index, Copenhagen, Denmark is the smartest city in the world, followed by Singapore, Stockholm, Zurich and Boston. All of these cities are in extremely wealthy nations, which have the wherewithal to get ahead of the curve quickly. But these are not the countries where most of the world lives.

Truly smart cities should have an inclusive approach and serve the needs of the swathes of people which are moving to cities. This will take some time. We can not expect overnight development, particularly in parts of the world which are struggling with the creation of even the most basic infrastructure. These nations also tend to be resource-challenged and poor.

In the meantime, we can expect more affluent cities in the world to assume this smart tag to brand themselves. It is the branding that will have a significant say in attracting wealth as the world’s cities get more competitive. As for smartness, do not expect much.

This post was written by Shivdeep Dhaliwal for Binary District, an international сollaborative technology community which creates unique competency-based workshops and events on new technologies.