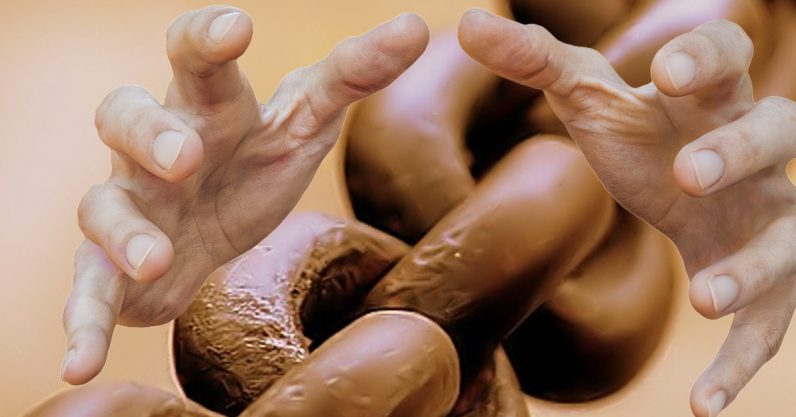 Like the Holy Trinity, the blockchain, cryptocurrencies, and ICOs are all independent and interdependent of each other in the crypto space. And, as these three faces of the ecosystem help expand it, there needs to be some consolidation. Lorien Gamaroff, CEO of BankyMoon, thinks that cryptocurrencies are the only viable application of blockchain currently, and this is where the work at polishing blockchain potential should all be put.

Blockchain technology came part and parcel with cryptocurrencies, and no matter how hard the institutionalized investors, bankers, and regulators try, there is no splitting them. This already gives insight into what the best use of Blockchain technology is – currently – according to Lorien Gamaroff. If Gamaroff is of the opinion the cryptocurrencies are the killer app for Blockchain, then, one of the founders of this ecosystem, Vitalik Buterin, the creator of the Ethereum Blockchain, begs to differ on a higher level.

Buterin, in his blog: ‘ The Value of Blockchain Technology’ vehemently denies the entire notion of a ‘killer app’ for Blockchain. “First, there will be no “killer app” for blockchain technology. The reason for this is simple: the doctrine of low-hanging fruit. If there existed some particular application for which Blockchain technology is massively superior to anything else for a significant portion of the infrastructure of modern society, then people would be loudly talking about it already,” Buterin explains. He does cede that perhaps there is a killer app out there that has already made its mark on Blockchain technology, and indeed, is being spoken about – loudly. The cryptocurrency revolution, or at least the Bitcoin one, has picked up some of the hype and attention from ‘modern society’.

“One can quite reasonably argue that the closest things that we will ever have to “killer apps” are precisely those apps that have already been done and recited and sensationalized ad nauseam: censorship resistance for Wikileaks and Silk Road,” Buterin adds. “Silk Road, the online anonymous drug marketplace that was shut down by law enforcement in late 2013, processed over $1 billion in sales during its 2.5 years of operations, and while the payment-system-orchestrated blockade against Wikileaks was in progress, Bitcoin and Litecoin donations were responsible for the bulk of its revenue”.

“In both cases the need was clear and the potential economic surplus was very high – before Bitcoin, you would have no choice but to buy the drugs in person and donate to Wikileaks by cash-in-the-mail, and so Bitcoin provided a massive convenience gain and thus the opportunity was snatched up almost instantly”, Buterin concludes. It seems that, despite shunning the idea of a ‘killer’ app, he sees how cryptocurrencies were used, on the Blockchain, for convenience in a financial marketplace where there was no other option.

The problem of diversification

The diversification of Blockchain technology to solve every little problem is damaging to the technology. In its true formative years, since the days of Bitcoin and its original Blockchain, the foundations have been laid to target Blockchain technology at the financial sector, building cryptocurrencies to be an alternative to traditional currencies.

There have been other examples where Blockchain and their associated cryptocurrencies have started laying a path in the financial sectors, such as speeding up cross-border payments, even helping with inter-bank payments with regards to the Ripple Cryptocurrency. Additionally, online identity management, which is being worked on by Microsoft currently, and loyalty and rewards programs in the financial sectors have started delving into Blockchain’s potential.

However, as the ecosystem has expanded, smaller companies and startups have built up the popularity of ICOs. This has led to people seeing it fit to build, or replicate, blockchains with small changes in order to solve some more of the world’s inane problems. This frenzy of ICOs and use of blockchain tech has seen companies casting the net so wide as to what blockchain’s purpose should be that they are really starting to encroach on areas where databases would be equally adept.

The promise and potential of blockchain is seemingly endless, especially considering the smart contract applications that come from chains such as Cardano and Ethereum, but the space is becoming congested and tiresome. Gamaroff admits that he has had a change of heart recently. “I am a pessimist, and I have become really cynical dealing with so many companies trying to get involved with blockchain,” Gamaroff admits. His company has been selected by the South African Central Bank to work in trying to figure out blockchain and cryptocurrency regulations in a Sandbox scenario. “I don’t like the hype that we are currently experiencing because most of the ideas and solutions are better done on a database”, revealed Gamaroff. “We are riding a blockchain hype bubble at the moment.”

His pessimism does not extend to the ecosystem as his offering is that cryptocurrencies are where the effort should be put. There is a lot of work going into building and accepting cryptocurrencies, but as an entry point into mass adoption, blockchain needs cryptocurrencies to be seamless and intuitive. “My own focus has shifted to crypto because there are no use-cases for blockchain currently that are operational”, claims Gamaroff. “Guys like Vinny Lingham and Civic make sense on blockchain because Identity can’t just be done in that manner with databases, but that is only for the public blockchain.”

Ligham has developed a system of blockchain verification, something that indeed is tailor-made for the blockchain, and unsuitable just for databases, as Gamaroff describes. However, as Ligham works on this project, and Microsoft joins the fray with its Decentralized Digital Identities, the conclusion of this system is still a long way in the distance. “I am looking into wallets and payment systems because those are the only viable uses for Blockchain currently”, he continues. “Most of the other ideas, the ICOs with their great sounding ideas will fail, and this will all be viewed as another Dot Com Bubble”.

Gamaroff believes that cryptocurrencies got Blockchain technology this far, and now, instead of diversifying its use – spreading it too thin – there needs to be a concerted effort to ‘take the next step.’ “Cryptocurrency is the killer app for blockchain,” Gamaroff went on. “We need that next step moment, we need to make it easier and seamless, but there is so much money and effort being put into ICOs and different blockchains that is being wasted. If we had focused that attention on cryptocurrencies we would be so much further down the line.”

Even with the latest trend in mainstream acceptance driven by speculative investors in things like Bitcoin, which are being spoken about not only on talk shows, like Ellen DeGeneres and John Oliver, but also at the G20 summit. The mass market has started entering the cryptocurrency space, but many do not know what they are doing, or even what it is. Gamaroff believes we need it to be as easy as social media is today. “Cryptocurrencies are controversial, but we should be addressing the shortfalls and the controversies”, Gamaroff remarks.

Many of those who were very much part of the development of the popular blockchains today are still of the opinion that development is hurtling along. Peter Todd, an applied cryptography consultant, who worked on the Bitcoin Blockchain said he believes that there is a genuine industry of real companies solving real problems that are making use of the technology.

The technology, and the innovations, that need to use Blockchain have been around for some time now, and have been in development for a while. But, as they are moving forward, it becomes less theoretical, and more practical, with only a small step being needed to make the final leap. “That’s where we are seeing real applications making that final leap to deployable products and services”, Todd said.

There are also those who do not see the end of experimentation though, but that also ties into a more rapid growth of real-world deployment. Philipp Jovanovic, École Polytechnique Fédérale de Lausanne (EPFL) researcher, explained that: “Thanks to the tremendous progress and enthusiasm that we see for blockchain technology, we will witness many more real-world deployments throughout 2018.”

It really seems to depend on which side of the coin you fall on when it comes to determining the success of Blockchain technology today. But, what is clear is that there is no separating cryptocurrency from Blockchain, and that facet of the technology still seems to be driving it towards real-world use cases.

This post was written by Jack Thomas for Binary District, an international сollaborative technology community which creates unique competency-based workshops and events on new technologies. Follow them down here:

Read next: Quick guide to understand the hype around ‘deep learning’