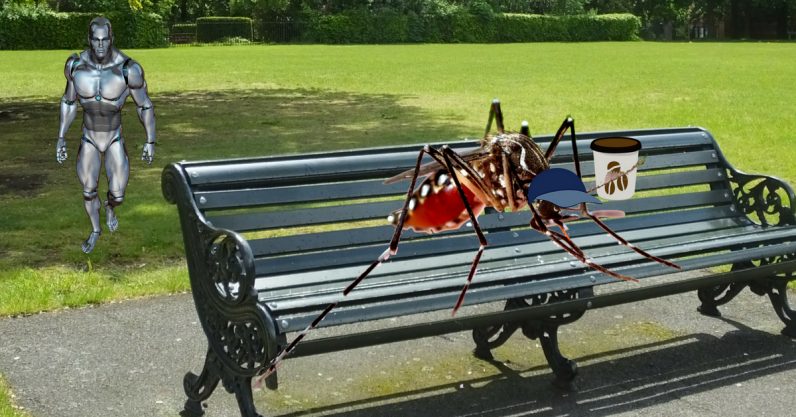 An artificial intelligence system that claims to predict dengue outbreaks up to three months in advance has been rolled out in a Malaysian state — with several cities across Asia and Latin America doing pilot trials.

The machine-learning system harnesses hundreds of parameters ranging from wind speed to local roof architecture to try and predict where the next outbreak will be. It then advises responders on the intervention likely to be most effective in that particular area, such as fogging or removing water pools.

Dengue is a mosquito-borne viral infection that has grown rapidly in recent decades, with half the world’s population at risk. Cases of infection number in their millions every year, with half a million hospitalized with severe dengue, of whom about 13,000 lose their lives to the disease.

In Asia, vector control costs over US$300 million annually, while South America spends US 1 billion to control dengue, according to Dhesi Raja, of the Institute for Medical Research Malaysia, who co-invented the system with Rainier Mallol, selected by the UN as a Young Leader for the Sustainable Development Goals.

Raja, who won a young innovator award from Harvard University’s School of Public Health, told a meeting that the new system grew out of frustration at the current “passive, reactive” way of managing the vector-borne disease.

“There is a need for us to do some sort of prediction in real-time,” he told the Geneva Health Forum 2018 last month (April 10 – 12).  “A need to log into a system to see what is the amount of reported cases today, where are the cases, where are the outbreaks, where are the predicted outbreaks.

“We have good measures like fumigation, larvicides, GM mosquitoes, we even have Wolbachia [bacteria that reduce the ability of insects to become infected with viruses], but the point is if we do not know when and where this outbreak might occur we spend a lot on unplanned management and nationwide campaigns.”

The system is known as AIME (Artificial Intelligence in Medical Epidemiology). As doctors in the state send in notifications of dengue cases, they feed automatically into the system which then searches through over 90 databases for 276 variables that influence its spread — from local terrain and elevation to roofing types, thunderstorms, water accumulation and population density.

From these, Raja says it deduces where the next outbreaks will be within a 400-meter radius.

The team has tested the system in Manila in the Philippines, the states of Selangor and Penang in Malaysia and Rio de Janeiro in Brazil — comparing what AIME predicted with what actually unfolded. It matched reality with an accuracy of 81 to 84 percent, Raja told the meeting based on unpublished data.

The state of Penang started using the system at the beginning of 2018, paying US$120,000 to run it over the next year.

Oliver Brady, assistant professor at the London School of Hygiene and Tropical Medicine, who is working with the Vietnamese Ministry of Health on predicting dengue outbreaks using satellite data, questions the model’s statistical power to identify meaningful relationships between a “vast array of covariants”, on the one hand, and “the number of dengue cases in an area — which is a very, very small dataset”.

Brady says machine-learning systems can work well for a while, but their value wanes with time. “If your system is really, really good at predicting outbreaks then someone will go out and start fogging, insecticiding in the predicted area — and the transmission dynamics change. So all those important relationships that you’ve been learning over your past years of data might now be completely different”.

But Raja is reporting early signs of success: cases of the disease in one Malaysian state have fallen by three-quarters in the four months since it began operations, he says, careful to note that there is no proof the link is causal.

Read next: Lock in 12 different CompTIA certifications for less than $5 each