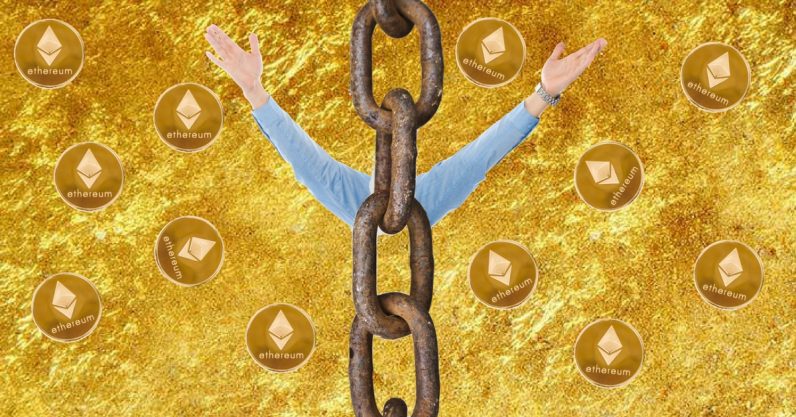 The initial coin offering (ICO) market has grown rapidly over the past year, specifically since mid-2017. Several successful ICOs, including Bancor, EOS, and Tezos have raised billions of dollars through bitcoin and Ether (the native cryptocurrency of Ethereum). ICO tokens are particularly appealing to users of the Ethereum network because ICO tokens can be stored in Ethereum wallets which are compatible with the ERC 20 token standard.

Every crypto-token available in the market has initiated an ICO or a token sale is based on Ethereum’s ERC 20 token standard. This has enabled independent projects to launch cryptocurrencies, that are also compatible with the Ethereum network and Ether, with ease. This means that ERC 20 or ICO tokens can be stored in Ethereum wallets like MyEtherWallet and Jaxx.

Taking advantage of how widely adopted the Ethereum network is, most blockchain projects, including open-source scaling solutions like Raiden Network, have started to initiate ICOs. Luis Cuende, the co-founder of  $100 million blockchain project, Aragon, maintains that almost every Ethereum or blockchain developer has become a millionaire through ICO launches.

“I don’t know any good Ethereum developer that isn’t a millionaire —  there’s a gold rush among developers to learn the coding language of money,” Cuende asserted six months ago. He also added that the price of Ether could surpass $1,000 as a result of the rising popularity of ICOs. “I thought it was expensive one year ago when it was at 13 dollars, but today when I see the possibilities created by the technology I think it’s cheap. I believe Ethereum will be worth $1000 in a couple of years.”

Prior to the recent major value correction of the global cryptocurrency market, which actually decreased the valuation of cryptocurrencies by over $200 billion, the price of Ether surpassed $1,300 globally and $2,000 in the South Korean market.

As of January 2018, many of the world’s largest companies have announced ICO plans. Most notably, Japan’s biggest bank Mitsubishi UFJ Financial Group (MUFG), Telegram, Kodak and the world’s largest cryptocurrency exchange — Binance. This is especially significant as just a few months ago, the ICO market was dominated by individual developers and foundations within the cryptocurrency industry.

Telegram has reportedly revealed plans to conduct a $1.2 billion ICO in 2018 which could easily surpass Filecoin —  the most successful and largest ICO to date, having raised $257 million in its ICO. Due to the undeniable lack of innovative blockchain projects with transparent business models, high-profit margins or sustainable ecosystems, the anticipation for Telegram’s ICO is incredibly high.

Tron, which reached a market valuation of $18 billion at one point, was criticized by Litecoin creator Charlie Lee for its lack of viable product or active user base as well as their white paper which had effectively copied content from the white papers of IPFS and Filecoin.

According to Telegram, its encrypted messaging application reached 170 million active monthly users in October 2017 and is processing 70 billion messages on a daily basis. The Telegram development team have predicted that its user base will surpass 200 million by the first quarter of 2018.

The ICO document explained that the company will put $100 million from the $1.2 billion raised towards paying its developers, employees, and consultants along with providing funds for new offices. The rest of the tokens, named TON, will be used to fund developments.

As initially reported by TechCrunch, the four components of the Telegram ICO will include:

However, the ICO model has drawn harsh criticism from some of the most prominent venture capital firms in the cryptocurrency space —  Pantera Capital in particular. The cryptocurrency-focused VC firm, which has funded more than 35 startups, including 0x, Omise, ShapeShift, Ripple, Zcash, Xapo, Korbit and Earn, stated that Telegram’s 132-paged white paper was full of technobabble and contained nothing of substance.

Charles Noyes, a blockchain analyst and quantitative trader at Pantera Capital, wrote:“Telegram/TON’s 132-page white paper says nothing substantial about the hard parts of designing a decentralized protocol. It is essentially a wishlist of things they want to have and how it will work — assuming that their wishlist doesn’t crash and burn.

The ICO market is overheated

Kodak, the multi-billion dollar camera manufacturer, also announced plans to conduct an ICO and develop a cryptocurrency miner; a plan which was quickly met with criticism. While Kodak’s initial ICO announcement led to a 44 percent surge in the firm’s market valuation, Coinbase alumni and blockchain researcher, Preethi Kasireddy,‏ contended that the ICO market has become a pivot platform for underperforming companies.

Balaji Srinivasan, a general partner at Andreessen Horowitz — a major VC firm in the technology sector —  explained that, conceptually, ICOs are a phenomenal method of raising money from a distributed ecosystem of investors and a practical way of obtaining the market valuation of a project in real-time.

Ethereum creator, Vitalik Buterin, shared a similar sentiment at a blockchain event held at the InterContinental Seoul COEX in Gangnam District, South Korea: “ICOs are a powerful tool. One that, in many cases, is an important aid in funding protocol development. In general, open-source protocols are very hard to monetize. So the fact that, in this particular area, we actually do have a way to monetize protocol development is something that we should be thankful for”.

However, Buterin also raised concerns about the centralization issue of ICOs and the development process of blockchain projects without an open-source community of developers.

Buterin noted that “they also have their flaws and I think many of these flaws arise from the fact that even though the ICOs are happening on a decentralized platform, the ICOs themselves are hardly centralized; they inherently involve many people trusting a single development team with potentially over $200 million of funding”.

The ICO market is overheated and is currently filled with speculators who do not properly understand the technology behind most ICOs. While there are several innovative blockchain projects which aim to solve real issues with blockchain technology, many large-scale corporations are attempting to abuse the overheated ICO market to raise several billions of dollars through tokens that have no real use cases.

The truth of the matter is, on closer analysis of the circulated ICO model, the Telegram network is fully functional without a crypto-token. The primary operation of Telegram, ie. the settlement of messages on a peer-to-peer basis, does not need tokens.

The same goes for Kodak — a camera manufacturing company does not need crypto-tokens or blockchain technology unless the firm is planning on pivoting away from its existing camera business and introducing a completely different business model.

With an investment frenzy driven by speculators and big business, the future of the ICO market remains unclear. If the valuation of blockchain projects without viable products or substance continue to increase, the ICO market could experience a major correction as investors frustrated with the lack of process and innovation leave the sector.

Read next: Adblocking is here to stay. It's time for publishers to move on