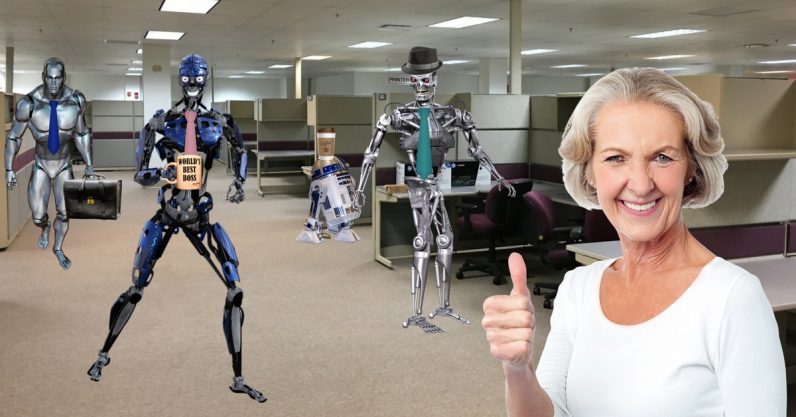 The past year was marked with increasing concerns about the effects artificial intelligence and automation will have on human employment and labor. Not a month goes by without one (or ten) articles warning about robots driving humans into unemployment and causing economic and social chaos.

But maybe we’re looking at things from the wrong perspective, through the lens of the laws that govern our current world. In a world where robots perform all tasks, many of the rules that we live by today might become obsolete. And it might not be such a bad thing.

The value of human labor

In today’s world, we value most products (or services) by their scarcity and the human labor that goes into them. For instance, diamonds are scarce and that’s why they’re so expensive. But in most cases, we’re paying for the human labor that goes into creating goods and services. For example, when you buy grocery, you’re not paying for the scarcity of food. You pay for it because a lot of human labor goes into producing it, packaging it, transporting it and selling it to you in the store.

By human labor, I do not necessarily mean physical toil. It can also be cognitive functions. When you acquire a software or an online service, you pay for it because a lot of human labor goes into programming it and maintaining it. Those services in turn must pay for other services that support them and are running on human labor.

Each of us has a specific set of skills, which we sell to afford other people’s skills. For instance, I develop software and write articles to earn money and buy food and pay the rent. These activities account for a considerable part of our everyday lives. We’re still in a better situation than our ancestors, who had to spend the entire day hunting for food.

With artificial intelligence and machine learning earning a more prominent role in every industry and domain, the need for human labor, both physical and cognitive, is dwindling. Self-driving trucks will eventually replace truck drivers, and smart vending machines fast food workers. Robots can flip burgers just as well as cooks and harvest crops better than field workers. Amazon’s automated retail store will obviate the need for cashiers, and smart drone deliveries might even make stores excessive. Even doctors, lawyers and news reporters can someday surrender their professions (or a large part of it) to artificial intelligence. We’re already seeing the glimmers of AI algorithms that create their own AI. Maybe one day, even AI researchers will go extinct.

In every case, we can expect robots to perform faster, better and cheaper than humans. They can work for longer periods (sometimes incessantly), improve their skills over time, and pass on their experience to their peers in real time.

As automation removes humans from the loop, the costs for human labor will gradually fade. A transportation company doesn’t need to pay its self-driving trucks as it used to do its truck drivers. However, it must pay for their maintenance (which still costs less) because the task still involves human labor. That too will cost next to nothing once the development and maintenance of the trucks and their AI software become automated as well. The same goes for everything else.

What happens to all the humans?

Eventually, we’ll achieve a self-sustaining economy, where AI and robots perform absolutely every task and there’s zero-need for human labor. Without humans slowing down the process, AI will be able to find better ways to optimize and speed up production. We can already see how the internet of things (IoT) and artificial intelligence can deal with the planet’s food scarcity problem or make healthcare accessible to more people across the world.

In a fully-automated economy, the cost of living will drop to zero. Money will likely lose its value and raison d’être. What will we do with our 9-5 time then? There are fears that with no tasks left for humans, we’ll have no purpose in life. They’re wrong. In fact, when we no longer worry about putting food on the table, we’ll be able to discover the true meaning of being human.

Some things can never be automated. AI might be able to create art and music that rivals or outperforms that of human artists. But we humans often find attachments to the humans behind those creations rather than the creations themselves. A robot athlete might be better than any human alive, but we like athletes because of their personal struggles, their lives, and how they achieve their perfection through their toil, not how much they score on the field.

We will have plenty of time and opportunity to manifest our creative side, to socialize, to interact with other humans as human beings. We will have no reason to try to make a profit off each other, to wage wars over natural resources and wealth. Humanity will thrive when robots take all the jobs.

As DeepMind CEO Demis Hassabis says, “If AI can help us as a society to not only save the environment, cure disease and explore the universe, but also better understand ourselves — well, that may prove one of the greatest discoveries of them all.”

The transition can be painful

While the fully-automated economy can perfectly provide the Utopia we deserve, one problem remains. Before we reach the final stage, there will be a period where jobs will become scarce yet not disappear altogether. This means that, while minimal, the costs of living will remain, while without jobs, people won’t be able to pay for those costs.

The fears from automation are rooted in the fact that without jobs, humans won’t be able to afford their lives. It can lead to a spike in inequality. The companies who will drive innovations in artificial intelligence will own the robots and the wealth and the entire economy, while the rest of the population will spiral into poverty and unemployment.

Those fears are well placed. If things go wrong, that’s exactly one of the ways events can unfold, especially if big tech companies will continue the greedy trend of hoarding wealth and making money for the sake of making more money. That will lead to chaos, strife and eventually, their own undoing.

There are several ways we can deal with the troubles that lie ahead during the transition to full automation. Some experts and companies are exploring basic income, the centuries-old idea of giving unconditional money to all citizens, enough for them to live their lives. Other thought leaders such as Bill Gates are proposing robot taxes, where companies that use automation pay certain fees for the jobs they take away from humans. Other solutions might emerge.

Automation will continue to move forward at an accelerating pace. We don’t need to fear about the destination. Instead, we must prepare ourselves for the rocky road ahead. I’m not worried about the robots taking all the jobs. I’m worried about them leaving some to the humans.

Read next: Facebook will carry a health warning within five years