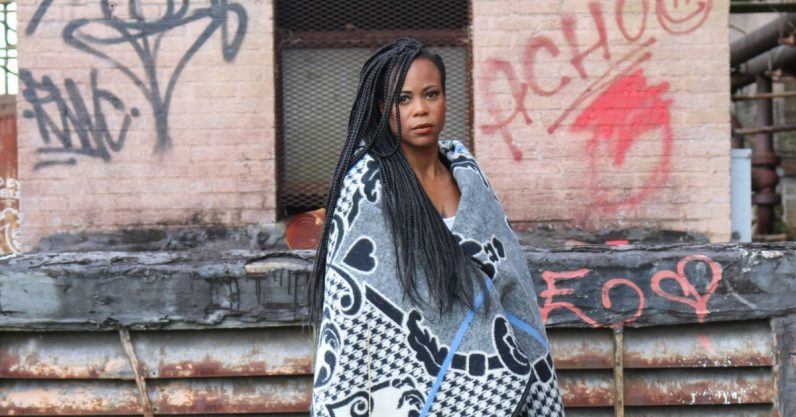 Note: This article contains a few spoilers from the Black Panther movie.

When this article was originally published, Black Panther was on the second day of its opening weekend in Chinese cinemas. Before opening in China on Friday, the Marvel Studios movie directed by Ryan Coogler had already grossed well over $900 million from cinemas globally, and it is expected that by Monday the movie will have crossed the $1 billion mark in just four weeks. This is a remarkable feat that only a few movies, including only four from Marvel, have ever achieved.

Most importantly, contributing to the movie’s popularity is its Afrofuturist theme, as well as its refreshing and positive depiction of Wakanda, a fictional Afrikan country. The design of Wakanda and the Black Panther movie as a whole call attention to the incredible level of research involved, especially considering it is not only the first-ever Marvel cinematic universe movie that takes us to Wakanda but also one with an Afrofuturist theme.

To understand more about the behind the scenes work that went into the movie’s creation, I reached out to Hannah Beachler, Black Panther‘s production designer. Given Beachler’s track record, I was curious to know if she chooses to work on movies that are mostly Pan-Afrikanist in nature.

“Not necessarily, I go for [the] story always, first and foremost, then the filmmakers on the project. I think great stories come from that experience, stories all people can relate to, and stories that need to be told.,” said Beachler in an interview with iAfrikan.

Before working on the Black Panther movie, Beachler had worked on the Golden Globe and Academy Award-winning film Moonlight as a production designer in 2016. Beachler also worked on Beyoncé’s Lemonade short film as a production designer. Both address issues faced by black people. I was curious, with Beachler being an American, if, at any point in designing Wakanda, she was worried that herself and the rest of the design team could be accused of cultural appropriation.

“I think people worry if they are ‘culturally appropriating’ when they are not honoring the culture, the people, the source, the traditions. That’s not who I am,” said Beachler.

Given the movie’s warm reception by audiences across the Afrikan continent, it’s safe to say that Beachler need not worry about cultural appropriation. People who went to see the movie in its opening weekend did so in various traditional and futuristic Afrikan attire, sharing the spirit of the movie in its celebration of black culture and people.

Beachler shares her intention designing Wakanda, and the Black Panther movie set, was always to honor the continent and the Afrikan Diaspora.

“It was to be a part of changing the narrative about who we are as a people on both sides of the Atlantic, and what we are capable of, what we can accomplish, and had accomplished before it was taken. I wanted people to see the majesty of the continent. That was my hope. I wanted people to be at home and be able to take the narrative further with their own stories about Wakanda.”

Celebrating Afrika and the Afrikan Diaspora is a key message of the Pan-Afrikanist movement, which, in a nutshell, aims to celebrate, strengthen and encourage solidarity between all people of Afrikan descent. As such, Beachler and some of the Black Panther team dedicated a lot of time researching Afrikan cultures, languages, architecture, science, and more in order to ensure they convey the message of an advanced Wakanda as a place that celebrated Afrikans.

“It’s [Wakanda] a connection to the continent our ancestors came from, and indicative of what could have been, and what could still be, in unity. It’s a love letter to black people everywhere,” explained Beachler.

For a better part of nine months, the team, according to Beachler, the directing and design team spent their time doing research for the movie. This included traveling to South Africa for three weeks from Cape Town all the way up to the northern parts Kwazulu-Natal by Winterton. They spent time at Sentinel Peak on the border of Lesotho.

“I researched languages and many of the tribes in sub-Saharan Afrika where Wakanda is located. I researched architecture all over the continent and architecture globally, Zaha Hadid was a big influence. I also studied topography and mining/metallurgy. I could go on and on and on for quite some time (hahaha) but we were influenced by the Mursi, Masaai, Dinka, Omo Valley River Tribes in Ethiopia, Dogon of Mali, Tuareg, Suri tribe, Igbo, Congolese fisherman, Gurunsi of Ghana, Ndebele, Zulu, Xhosa and many, many more.”

This could explain the heavy South African influence in the movie, in line with the South African hip-hop artists featuring prominently on the Black Panther album produced by Kendrick Lamar. Beachler, however, says it wasn’t intentional, “but South Africa was/is certainly apart of the inspiration for Black Panther.”

Interesting, though, is how one imagines and designs technology developed by an Afrikan country that has never been colonized given that Wakanda was never influenced by the outside world. Beachler explained that Wakandan technology is singular to the people of Wakanda and developed through the evolution of their traditions.

“To the outside world yes, it is very futuristic, but we looked at it through the eyes of Wakandans.”

This explains why most of the science, technology, and innovations of Wakanda are human-centric. One such technology used is biometrics. It also appears to be heavily influenced by the nature and environment of Wakanda.

“Humans have looked at nature for answers to problems of all kinds throughout history. As we started developing by evolving different parts of traditions we found that so many traditions through many tribes relate back to nature and biology, so we ran with that and found that to be fitting to the uniqueness and ingenuity of Wakanda,” said Beachler.

There is no doubt that Beachler and co. spent a lot of time intensely researching and paying attention to detail when they designed each aspect of not only Wakanda. Especially in imagining an independent, uncolonized, and technologically advanced Afrikan country.

As I watched the film, I wondered if I could have missed some “easter eggs”, or hidden allusions. I asked Beachler if there is anything hidden in the Black Panther movie not obviously Afrikan inspired.

Looking at the South Korean casino scene, where Nakia, T’Challa, and Okoye are overlooking the casino floor, I wonder if this is the easter egg I was looking for — but maybe it was just coincidence.

The Black Panther movie crossed $1 billion in just under four weeks, an hour after this article was published.

Read next: How to save your cryptocurrency from yourself and others (because the world is bleak and you're a sloppy mess)