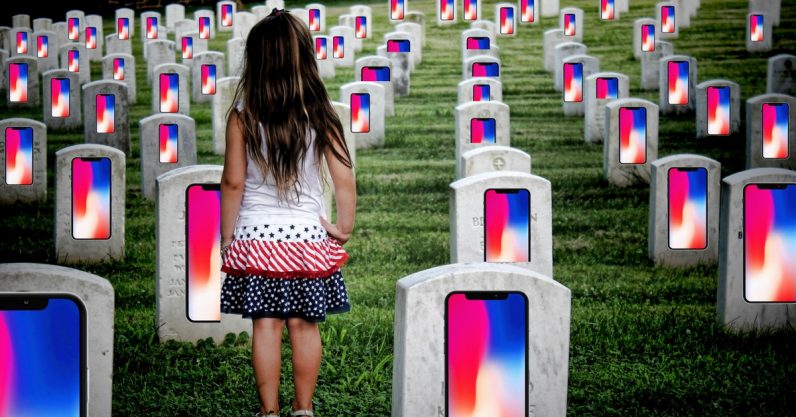 Limitations of the smartphone, include its small screen sizes, inefficiency multitasking, being a general nuisance in public, and not to mention the small fact that they can be used to spy on us.

So perhaps it is time to stop trying to evolve the smartphone and ditch the technology once and for all? Like all other technologies that have become part of our daily life, smartphones will not just simply disappear. It will be decades before they are rendered obsolete, however, the process has already begun.

Siri made its debut in 2010 on the Apple iPhone; while at that time it was largely considered a bit gimmicky, the voice assistant has managed to carve a special space for itself in our lives. Siri was basically able to do things like schedule appointments, find emails and make small notes. Its emergence signified an improvement in our ability to engage with our smartphones, and this has developed even further over time.

Today it can help you navigate while driving, choose what to watch on your Apple TV, and can even turn the lights on and off in your bedroom. While Siri may be the most recognizable digital voice assistant, it is not the only one out there by any measure.

There is Google Assistant, Samsung’s Bixby, Microsoft Cortana and Amazon’s Alexa. In fact, some of these assistants are far smarter than Siri. Despite the fact that it was first on the scene, Siri does not have access to the same array of information that is at the disposal of search giant’s like Google.

Stone Temple collected a set of 5000 different questions about ‘everyday factual knowledge’ to try to gauge which personal assistant is the smartest.

The technology that was once unique to our smartphones has now moved beyond the glass slabs in our pockets. Smart speakers are here, and this means that you now have instant access to a digital voice assistant simply by placing a speaker in a room.

According to Quartz, 17% of US consumers already own a smart speaker. Granted, the initial appeal of these speakers may not be particularly high and their current use is likely trivial. However, as noted by Quartz, who quoted data from the Activate Tech and Media Outlook 2018 report, most users are not using the speakers to their full potential. This included even to the so-called ‘super users’ of these speakers.

For all of that, the real excitement surrounding digital voice assistants lies beyond these speakers. Sooner rather than later, these assistants will permeate into devices that we are all too familiar with – headphones, car stereos and more. We will be able to speak into the air in front of us and get whatever information we need whenever we want.

At the moment you might think that Siri is limited to Apple devices, Alexa can only be found on Amazon platform, and that Cortana and Google Assistant are tied to Windows Mobile and Android platforms. You would be largely correct in making that assumption, however, things are changing so fast that these assistants are jumping platforms in the blink of an eye.

A notable example of this is the ambitious plans that Amazon has for Alexa. As disclosed by The Verge, Amazon has plans to integrate Alexa into cars; its focus is squarely on devices that would make the voice assistant available everywhere. The Verge also reported that a partnership between Microsoft and Amazon was on the cards. According to the article, “Amazon CEO Jeff Bezos reached out to Microsoft CEO Satya Nadella to form a partnership last month. Amazon and Microsoft are partnering to better integrate their Alexa and Cortana digital assistants. Alexa users will be able to access Cortana, and vice versa on a range of devices. While the integration will be a little awkward at first, it paves the way for digital assistants to talk to each other across platforms.”

Companies are essentially pushing their voice assistants applications across platforms, in order to extend their reach and gain users. Google Assistant is already available on iPhones, and Cortana accessible to both Android and Apple users.

From Jarvis of Iron Man fame to the computer system in Star Trek, humanity has always fantasized about computer technology that we can communicate with. Over the last decade, we’ve seen a vast improvement in mobile user interface, but this still hasn’t satisfied our desire to be able to talk to our machines like we talk to each other.

Wired quoted Gartner, who predicts that 30 percent of our interactions with technology will happen through ‘conversations’ with smart machines. Now, these smart machines will not only be speakers or headphones that you will be able to bark commands into but will also include household devices.

Imagine a toaster that tells you when you’re out of bread or a fridge that automatically texts you a list of items when it needs to be refilled. Fridges could essentially even order things online while you’re at work. More significantly, imagine a world where Siri knows that your blood sugar level is about to spike because the fridge told her that you ate half of the cake that was in it.

There is nothing stopping the integration of digital voice assistants with everyday ‘things’. In fact, if anything, we are currently witnessing the race between companies to be the first to do it.

Digital assistants are not toys

Digital assistants may, at present, seem pretty redundant and nothing more than glorified toys – but this isn’t exactly true. According to TechCrunch, Apple is planning to add translation services to Siri. Google Assistant already offers translations, albeit as Google search results. Moreover, these digital assistants could play an important role in the workplace. They can be used to translate text, alert workers when certain work-related objectives have or haven’t been met, or even take over the role of personal assistants.

Wall Street Journal recently reported on how digital voice assistants are already moving into the office place. They quoted Vinay Patankar, CEO of the workflow-management startup Process Street, who noted that “Workers at Goodwinds Inc. in New York City, for example, have used an Amazon Echo attached to the office ceiling for such tasks as adding events to their calendars and setting reminders for meetings.” However the problem, according to WSJ, is that the products aren’t quite yet ready for the workplace and are still more geared towards home use. Nevertheless, they recognize that this will change in the future.

The walls have ears

Voice assistants may have been designed to make our lives easier but are they also being used to spy on us?

The privacy nightmare begins when you start asking your digital assistant questions. Your queries leave a trail, and these questions from the data that IT giants use to develop the voice assistants.

For example, according to the Atlantic, Apple stores Siri requests with device ID for six months, they then delete the device ID but keep the audio for another 18 months. Then there’s the issue of vulnerabilities in devices that have these smart digital assistants. Google’s Home Mini Speaker was caught recording everything its users were saying 24*7.

Amazon’s smart speakers also have issues. Not only are they triggered by the word ‘Alexa’ and certain other words, they can be triggered by literally anyone. Supposing you know someone called Alexa and you mention them in a casual conversation around a speaker, you would inadvertently be telling the speaker to record everything you are saying. The obvious risk here is that this vulnerability can be exploited to listen in on people’s conversations.

Last year Amazon was involved in a murder investigation in which prosecutors requested information from a suspect’s Amazon Echo smart speaker. According to CNN, Amazon had been resistant to hand over the information recorded through the Echo to Benton County (AR) Prosecution Attorney Nathan Smith. In this case, the smart speaker was actually a “witness” to the murder. If this case is anything to go by, a future where your freedom may hinge on a bot is entirely feasible.

Convenience comes at a cost

The limitations of one technology can be overcome by the advent of another. The telegraph missed the personal element of communication, so the telephone gave us a voice. The landline phone did not offer mobility, and cellular phones fixed that.

These days smartphones are not as smart as we would like, but we now have voice assistants. Eventually, this technology will reach its limitation and a new technology will be developed to solve that. This is how progress works.

After all, necessity is the mother of all invention. The integration of digital voice assistants with everyday devices will free us from having to carry a phone all the time. On the other hand, this may mean giving up the ability to speak freely without the worry of someone eavesdropping. The question is – is this a price that we are willing to pay?