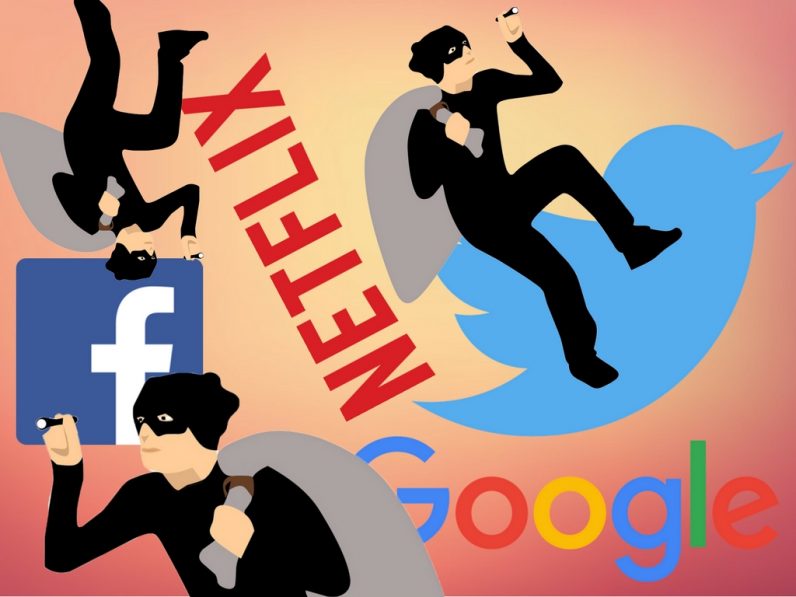 In Afrika, some things like death, taxes, and traffic gridlocks are certain. Heavy traffic gridlocks are more of a recent phenomenon like the mobile phone. However, these gridlocks can also be viewed as an opportunity to pause and observe the informal sector in motion – the growth engine supercharging livelihoods in chaotic and undesirable ways in urban and peri-urban areas on the continent.

During traffic gridlocks on major roads, for example, there are all kinds of people trying to sell something to the next person, from newspapers, handkerchiefs, mobile phone airtime scratch cards, fresh fruit, chewing gum, etc. This is where you witness the informal trade happening in real-time yet quite often, it is not uncommon to find these high-hustle hawkers, young and old, playing hide and seek with law enforcement authorities.

The reasons for these run-ins are several but the main one seems to be the criminalization of the informal sector for its failure to directly contribute to the tax base.

Multinational technology companies, or Big Tech as they are sometimes known, who operate in Afrika are not much different. Only that they wear Savile Row suits and speak Victorian English and operate out of glass offices.

The Economist reported that the taxman in Afrika is hampering the spread of technology adoption because they tax innovative and technological products heavily. Yet, on the contrary, Big Tech has mastered the art of dodging taxes.

In Nigeria for example, Big Tech such as Facebook, Twitter, and Google pay no taxes, at all. Yet Nigeria remains the biggest addressable market in sub-Saharan Afrika for these tech juggernauts.

Conversely, Netflix is operational all over sub-Saharan Afrika but does not have any single representative office on the continent, doesn’t pay a nickel to tax authorities and indefatigably continues to nibble away the market. To be fair the biggest cable and pay TV networks on the continent pay high broadcasting licenses in all countries of operations.

However, following stringent measures and threats from the UK government, Facebook reported a £4,2 million tax bill. In January 2016, Google struck a deal with UK that would enable it make a back payment of £130 million ($185 million) relating to profits the company generated in the UK in the past decade.

When we talk about the dodginess of tech giants in fulfilling their tax dues to Afrika’s tax authorities, it’s not in direct reference to the Facebooks and Googles that stand tall.

Actually, while Facebook should justifiably pay local taxes, their contribution would be dismal, at least for now. Their lack of on-premise operations on the continent is kind of misplaced a debate at the moment. The biggest tech culprits are telecommunications companies (and the new linchpin in town, banks).

“In Nigeria for example, Big Tech such as Facebook, Twitter and Google pay no taxes, at all. Yet Nigeria remains the biggest addressable market in sub-Saharan Afrika for these tech juggernauts.”

There is no technology that has captured popular imagination in recent times than the mobile phone in the Savannah.

The mobile phone has been an effective part of critical infrastructure that has underpinned Afrika’s growth story over the last decade.

According to industry watchdog GSMA, there are over 427 million mobile subscribers in Afrika, and this only means that telecommunications companies are now the largest contributors to government revenues in many Afrikan countries – although some reports say they are the least regulated when juxtaposed against other high profile industries like petroleum, gas, and mining.

This is despite the fact many of them are the largest beneficiaries of tax rebates and exemptions on the continent.

However, telecommunications companies are onerously one of the largest culprits of tax avoidance and evasion.

The tyranny of transfer pricing

Transfer pricing is a sophisticated vehicle designed by Faustian lawyers and accountants used by companies so as to pay little or no taxes.

For example, a subsidiary company in Uganda creates artificial operating costs such as management fees, technical fees, procurement costs among others which it must pay to her parent company located in a tax haven such as Mauritius, or Dubai. This means that the subsidiary would declare a lower profit-before-tax and the taxman in Uganda would only receive less than what they truly deserve.

In short, multinational companies employ transfer pricing to legally move their profits offshore, leaving behind a shrinking tax base in their host countries and inexorable cuts to public services. For any economy, it is a slow death, and it seems, Afrikan economies are the most vulnerable.

The most pronounced example is MTN Nigeria’s and MTN Uganda’s use of complex transfer pricing schemes to move their profits to offshore tax havens in the British Virgin Islands, Dubai, and Mauritius. The investigations by the independent tax bodies in Nigeria and Uganda saw one red flag in common: unvalidated management fees of over 3% of the MTN’s annual revenues.

The new linchpin in town

For companies that are not into core technology services, fraudulent procurement of ‘IT services’ from tech enterprise giants has created the perfect highway to sidestep the taxman. This is because it is very hard for regulators to prove what kind of IT services were procured or not.

Also, it is hard to establish the true price or value of the ICT products and services procured.

The exponential growth of mobile has altogether created a host of ancillary services and unlocked new markets. Most remarkable is the unprecedented growth of mobile money which has threatened the century-old banking establishment on the continent.

The next big race has meant that banks must run faster or in the tracts of Telecommunications companies if they are to have a chance at the social, mobile and digital tomorrow.

However, besides reworking their tools and boosting their mobile friendliness, it seems they have also categorically cherrypicked the same instruments of tax avoidance too. Indeed, what’s good for the goose must be good for the gander.

The script is often the same but one only gets less cryptic when a major scandal rocks an industry. Recently there was a forensic investigation into the hideous and dirty workings of now estranged Crane bank Ltd by the Central Bank of Uganda.

Crane Bank was the master of dubious payments to tech software retailers in a bid to siphon profit. In one tell-tale incident, Crane Bank paid Misys UGX 58million ($16,110) for a core banking solution. Yet this exact similar software was procured from another company, Technology Associates (TA) at UGX 1bn, 17 times more the price paid to Misys. The more damning thing, however, is that TA actually never delivered this service.

Moving on, ardent financial commentator and stock picker, Andrew Muhimbise, wrote a passionate Facebook note decrying what had become of Stanbic Bank Uganda – a subsidiary of the Standard Bank Group – in reporting lower profit-before-tax in a bid to reduce shareholders’ annual dividends, and also to minimize their tax spend.

He said that the ‘fantastic’ profit repatriation scheme deployed by Stanbic bank was the UGX 130 billion ($36.1million) purchase of IT software in a single year to serve under 670,000 clients. Even if this cost was to be rationalized by spreading it across a 20 year period, the unit cost of this software (per client) would be still way higher than the country’s GDP per capita. And technological obsolesce would have long paid heed.</p>

He added, “Notwithstanding the fact that when you invest in IT you digitize, the irony is that Stanbic Bank’s paper consumption increased to 66 tons in 2016 from 65 tons in 2015.”

He said that the finance minds at Stanbic Bank capitalized the bulk of this spend (on IT software) as an intangible asset at UGX 83 billion, left UGX 46 billion on the expense account in the cash flow statement. This means that they ably hid over 56% of a dubious purchase from the visibility of unsophisticated shareholders and uncanny taxmen and taxwomen.

A report jointly commissioned by the United Nations and the African Union under the supervision of former South African president Thabo Mbeki considered tax avoidance by multinationals to be an “illicit financial flow” and a significant drain on government resources across the continent.

In total, it is estimated the annual costs at over $50 billion.

While anecdotal evidence points to prison for the perpetrators of these economic crimes, a lot remains trapped in the grey and opaque gradients. What happens in many cases is that the media is proscribed from reporting and investigating cases for fear of retribution or withdrawal of advertisements.

Similarly, these gigantic corporations have learned the art of pleading their cases in subliminal ways; especially by contributing heavily towards corporate social responsibility.

In one extreme case, a Ugandan telecommunications company won a prestigious Loeries award for having built (or rather claimed to have built) a digital library for a primary school in Northern Uganda all in the name of earning political buy-in and mass appeal.

The hustlers in the streets of Abidjan or Lagos have little to offer if nabbed by law enforcement. All they want, after a long day of hustling, is to dance to the Azonto like some would in Ghana. However, Big Tech, on the other hand, is making the taxman in Afrika dance Azonto for his supper.