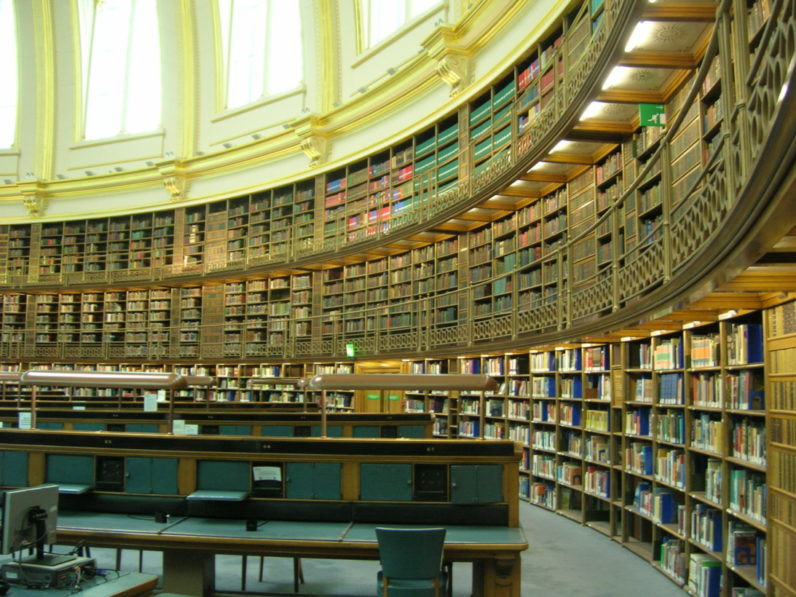 (Bloomberg) — Before Google, if you wanted to find out about a person, you had to go to a library to pore through newspaper archives and public records. Now a newly-proposed U.K. law may force researchers back to the bookshelves – or at least to the British Library’s website.

New plans from the British government will make it easier for people to delete embarrassing or erroneous information about themselves online. U.K. Digital Minister Matt Hancock said in early August the government would introduce new privacy legislation that would expand “the right to be forgotten,” beyond just search engine results to any personal data held by a third party – from social media sites such as Facebook Inc. to forums run by video game companies, like Germany’s Bigpoint GmbH, which produces massively multiplayer online game Battlestar Galactica.

The law will bring the U.K. in line with the European Union’s existing General Data Protection Regulation, which takes effect in May 2018. But the new privacy rules contain exceptions for some official information, including medical records collected by the National Health Service. Also exempt are the internet archives maintained by the British Library, which by law is required to collect a copy of all published material in the U.K. Since 2013, the Library has also been required to archive the entire U.K. web domain once per year.

The new legislation will make it far easier for people to expunge unwanted information, meaning archives such as the British Library – home to over 150 million books, manuscripts, and maps – may have a more accurate record of online activity than Google, and will be of increasing importance for those looking to trace employment histories or undertake corporate due diligence.

U.K. law already recognizes a “right to be forgotten” but it has applied primarily to search engine results, such as those generated by Alphabet Inc.’s Google and Microsoft Corp.’s Bing, and people have generally had to prove that the information they wish to remove has caused damage or distress.

Instead of individuals having to prove damage or distress, material will now be removed on request unless private companies can prove a compelling public interest in keeping it up, said Max Campbell, a privacy lawyer at Brett Wilson Solicitors in London.

In cases where the content was originally generated by the person requesting its removal – such as an old blog entry or a post on someone’s social media page that the person now finds embarrassing or misleading – “it will be much more cut and dry for you to withdraw your consent for data processing and have that data be deleted,” Campbell said. “You don’t have to show that it is causing you substantial distress or damage, or indeed, even any. It is your data and you have the right to say you don’t want it there.”

The British Library said in a statement that it was “pleased” the government intends to exempt archiving that is done in the public interest and for scientific, historical research or statistical purposes. “This would apply to all of the British Library’s archiving activity, including the UK Web Archive,” the statement said.

The Library noted, however, that the government has not provided details of exactly how the exemption will be applied in practice. “We are in ongoing dialogue with the Data Protection Bill team to ensure that possible risks to the activities of the British Library and similar institutions can be appropriately managed,” it said.

The Library previously made it clear that it would not follow European regulations to allow people to remove traces of past events of their life from its records.

The most common reasons people want something removed from the internet is because it is erroneous, said Yair Cohen, a lawyer at London’s Cohen Davis Solicitors, who specialize in media and privacy cases. But he also said people with old criminal convictions or who simply find some material about their younger selves embarrassing or misleading may wish to have that material removed.

Campbell said the U.K. data regulator is broadly sympathetic to removals from search engines, but that in cases of criminal convictions, especially for serious offenses, they will usually conclude there is an overriding public interest in keeping the material up. This is particularly true, he said, in cases involving misconduct or fraud in regulated professions, such as medicine, law, or accounting.

The exemption of these archives probably wouldn’t cause any concern for those wishing to expunge unwanted data, who tend to care most about search engine results, Campbell said. “In an ideal world, people would want to delete every trace of their past,” he said. “But practically speaking, having something still available on a newspaper website or library archive won’t cause that much concern. What people generally are worried about is going for a job interview or a first date with someone and someone puts their name into Google via their phone and the first thing that pops up is something negative.”

In 2014, when Google first announced it would comply with the European Court of Justice ruling that established “the right to be forgotten,” privacy advocates worried the company would try to get around the rules by inserting a note into search results highlighting the fact that it had removed the link and possibly even directing searchers to archives like the Wayback Machine. In the end, the company decided not to include such notations.

Read next: Use your competitors’ winning SEO tricks to better your business — for under $35