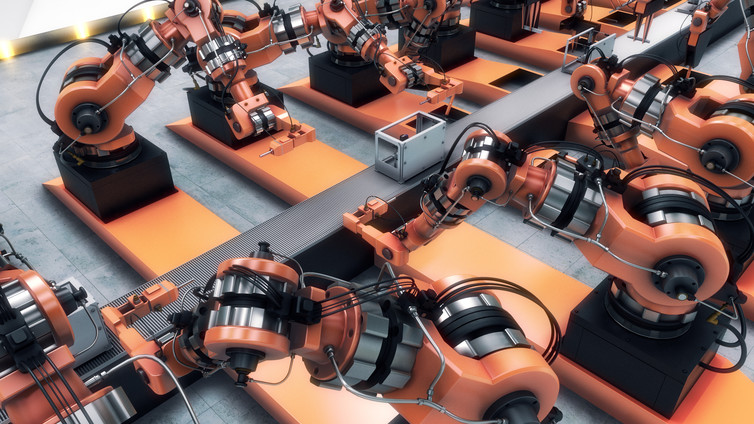 Robots have been taking our jobs since the 1960s. So why are politicians and business leaders only now becoming so worried about robots causing mass unemployment?

It comes down to the question of what a robot really is. While science fiction has often portrayed robots as androids carrying out tasks in the much the same way as humans, the reality is that robots take much more specialised forms. Traditional 20th century robots were automated machines and robotic arms building cars in factories. Commercial 21st century robots are supermarket self-checkouts, automated guided warehouse vehicles, and even burger-flipping machines in fast-food restaurants.

Ultimately, humans haven’t become completely redundant because these robots may be very efficient but they’re also kind of dumb. They do not think, they just act, in very accurate but very limited ways. Humans are still needed to work around robots, doing the jobs the machines can’t and fixing them when they get stuck. But this is all set to change thanks to a new wave of smarter, better value machines that can adapt to multiple tasks. This change will be so significant that it will create a new industrial revolution.

This era of “Industry 4.0” is being driven by the same technological advances that enable the capabilities of the smartphones in our pockets. It is a mix of low-cost and high-power computers, high-speed communication and artificial intelligence. This will produce smarter robots with better sensing and communication abilities that can adapt to different tasks, and even coordinate their work to meet demand without the input of humans.

In the manufacturing industry, where robots have arguably made the most headway of any sector, this will mean a dramatic shift from centralised to decentralised collaborative production. Traditional robots focused on single, fixed, high-speed operations and required a highly skilled human workforce to operate and maintain them. Industry 4.0 machines are flexible, collaborative and can operate more independently, which ultimately removes the need for a highly skilled workforce.

For large-scale manufacturers, Industry 4.0 means their robots will be able to sense their environment and communicate in an industrial network that can be run and monitored remotely. Each machine will produce large amounts of data that can be collectively studied using what is known as “big data” analysis. This will help identify ways to improve operating performance and production quality across the whole plant, for example by better predicting when maintenance is needed and automatically scheduling it.

For small-to-medium manufacturing businesses, Industry 4.0 will make it cheaper and easier to use robots. It will create machines that can be reconfigured to perform multiple jobs and adjusted to work on a more diverse product range and different production volumes. This sector is already beginning to benefit from reconfigurable robots designed to collaborate with human workers and analyse their own work to look for improvements, such as BAXTER, SR-TEX and CareSelect.

While these machines are getting smarter, they are still not as smart as us. Today’s industrial artificial intelligence operates at a narrow level, which gives the appearance of human intelligence exhibited by machines, but designed by humans.

What’s coming next is known as “deep learning”. Similar to big data analysis, it involves processing large quantities of data in real time to make decisions about what is the best action to take. The difference is that the machine learns from the data so it can improve its decision making. A perfect example of deep learning was demonstrated by Google’s AlphaGo software, which taught itself to beat the world’s greatest Go players.

The turning point in applying artificial intelligence to manufacturing could come with the application of special microchips called graphical processing units (GPUs). These enable deep learning to be applied to extremely large data sets at extremely fast speeds. But there is still some way to go and big industrial companies are recruiting vast numbers of scientists to further develop the technology.

As Industry 4.0 technology becomes smarter and more widely available, manufacturers of any size will be able to deploy cost-effective, multipurpose and collaborative machines as standard. This will lead to industrial growth and market competitiveness, with a greater understanding of production processes leading to new high-quality products and digital services.

Exactly what impact a smarter robotic workforce with the potential to operate on its own will have on the manufacturing industry, is still widely disputed. Artificial intelligence as we know it from science fiction is still in its infancy. It could well be the 22nd century before robots really have the potential to make human labour obsolete by developing not just deep learning but true artificial understanding that mimics human thinking.

Ideally, Industry 4.0 will enable human workers to achieve more in their jobs by removing repetitive tasks and giving them better robotic tools. In theory, this would allow us humans to focus more on business development, creativity and science, which it would be much harder for any robot to do. Technology that has made humans redundant in the past has forced us to adapt, generally with more education.

But because Industry 4.0 robots will be able to operate largely on their own, we might see much greater human redundancy from manufacturing jobs without other sectors being able to create enough new work. Then we might see more political moves to protect human labour, such as taxing robots.

Again, in an ideal scenario, humans may be able to focus on doing the things that make us human, perhaps fueled by a basic income generated from robotic work. Ultimately, it will be up to us to define whether the robotic workforce will work for us, with us, or against us.

Read next: What is SSL and why it’s important for secure web browsing