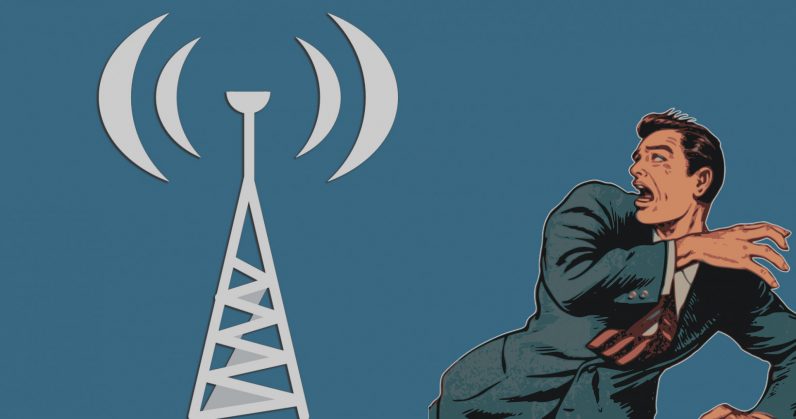 Conspiracy theorists are infecting YouTube and Facebook with bogus theories that 5G mobile internet is responsible for the coronavirus.

One prominent anti-5G Facebook group has shared a number of erroneous posts, claiming 5G is the culprit behind a virus that has infected more than 80,000 people worldwide. Its creator, Dutch “UFO researcher” John Kuhles writes: “I challenge anyone to watch this video at least twice and claim there is nothing to it, [or] it is all a coincidence. Yeah right. Certainly not.”

The video Kuhles is referring to resides on the YouTube page of a conspiracy theorists named Dana Ashlie. In it, she waxes poetic for nearly an hour about the dangers of 5G and how it’s not just plausible, but probable, that Wuhan’s rollout of 5G led to a sickness with the symptoms of radiation poisoning.

If you’re looking for credentials, fear not, Ashlie received the message directly from God. No further credentials needed. According to her Patreon page, “[God] generously shared with me dreams and visions (about immediately unfolding end time events.” Luckily for her 190,000-plus subscribers, he also blessed her with “a marketing background to make videos that are relevant and riveting.”

This “relevant and riveting” content includes videos like this one, about Taylor Swift’s role in spreading anti-Christian propaganda. Or there’s this one detailing the reasons Nikolas Cruz — the gunman responsible for 17 deaths at Marjory Stoneman Douglas High School — was actually the victim of a secret military mind control device.

For what it’s worth, fact-checking services like Full Fact debunked Ashlie’s theory weeks ago. Though they continue to make their rounds.

The theories center on two main points. The first is that Wuhan was the first city in China to roll out 5G. It’s also believed that coronavirus originated in Wuhan. Correlation though, does not equal causation. Wuhan was one of 16 cities to debut 5G at roughly the same time. None of the others have reported abnormally high instances of the virus.

A paper published in 2005 by the International Committee on Electromagnetic Safety concluded that the radio frequencies commonly used for 5G transmission posed “no adverse health effects” aside from the heat produced by wireless devices. Its conclusion followed a study of more than 1,300 peer-reviewed studies on the biological effects of radio frequencies.

On YouTube, which is routinely ground zero for these types of conspiracies, the videos continue to rack up hundreds of thousands of views.

We’ve reached out to both Facebook and YouTube. Neither immediately replied to our request for more information.

Users on both sites seem to be basing the bulk of their claims on a flawed study from 2000 stating that 5G was “likely to be a serious health hazard.” The study though, was later debunked.

Physicist Dr. Bill P. Curry analyzed data and summarized that the dose of radiation affecting the brain increased with the frequency of the wireless signal. His warning spread far and wide, invoking panic and anxiety over the potential health risks of 5G.

Unfortunately for Dr. Curry, he got it all wrong. According to experts on the biological effects of electromagnetic radiation, this type of radiation — known as non-ionising radiation — actually becomes safer at higher frequencies. (Though extremely high frequency radiation, like that of an X-ray, does pose a health risk.)

Experts believe that Dr. Curry failed to recognize the protective qualities of human skin when he performed his study on lab rats. His analysis ignored conventional wisdom that the skin acts as a barrier, protecting the internal organs, from high frequency radio waves — such as those used in 5G technology.

In this case though, it doesn’t appear sound science will stop the proliferation of these types of theories — at least not while the creators responsible for the videos continue to profit from ad revenue and affiliate links to alternative therapies.

Read next: Satoshi Nakaboto: ‘Bitcoin down along with global markets, thx corona :(’