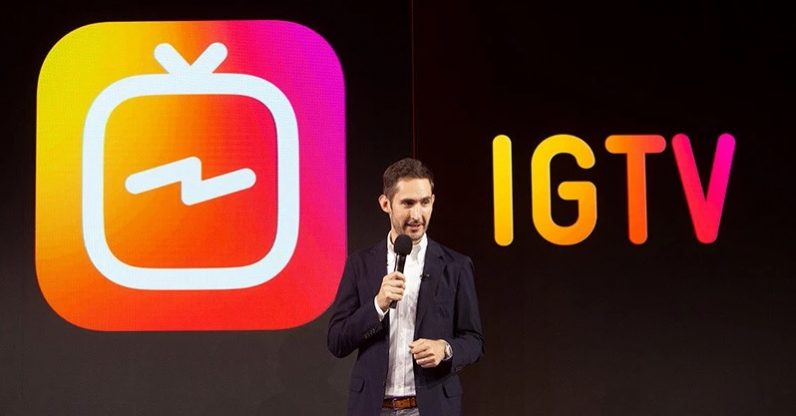 Instagram has removed that IGTV button that’s been sitting in the upper corner of the app, thankfully putting it out of its misery before it atrophies from disuse.

IGTV is Instagram‘s answer to YouTube, a separate-but-not-really app for longer-form videos than the base app allowed for. It launched in June 2018 to great fanfare, but not much has happened with it since then. You can watch IGTV videos without the app, but the button was intended to offer users a shortcut to browse IGTV content. Anyone who’s used that button in the last year, tweet me an emoji of a raised hand. I’m anticipating not that many responses at all.

[Read: Instagram brings DMs to web — over 6 years after they arrived on mobile]

TechCrunch was the first to notice the button’s absence, and a Facebook spokesperson told them:

As we’ve continued to work on making it easier for people to create and discover IGTV content, we’ve learned that most people are finding IGTV content through previews in Feed, the IGTV channel in Explore, creators’ profiles and the standalone app. Very few are clicking into the IGTV icon in the top right corner of the home screen in the Instagram app… We always aim to keep Instagram as simple as possible, so we’re removing this icon based on these learnings and feedback from our community.

I don’t want to be quick to thank a company like Facebook, but I gotta say, I appreciate it when it can admit that something it tried didn’t go over so well with its audience. If any more than a marginal fraction of IG’s audience downloaded IGTV, I’ll eat my keyboard.

IGTV isn’t going away entirely — you can still find links to IGTV videos on user profiles, specific videos, and the Explore tab. But that big, bright button in the top right corner when you open the app? That’s going away, to be replaced by who knows what — Threads, perhaps?

There’s a chance IGTV could have hacked it as a YouTube alternative… but then TikTok came along. Now Instagram’s got some new competition, and it’s no doubt going to attempt to compete with TikTok’s more video-friendly format in the days to come. Even Evan Spiegel, creator of social media’s perpetual also-ran, Snapchat, predicted that TikTok could beat Instagram. So, with that in mind, I suspect this won’t be the last update we hear about Instagram’s efforts in the video arena.