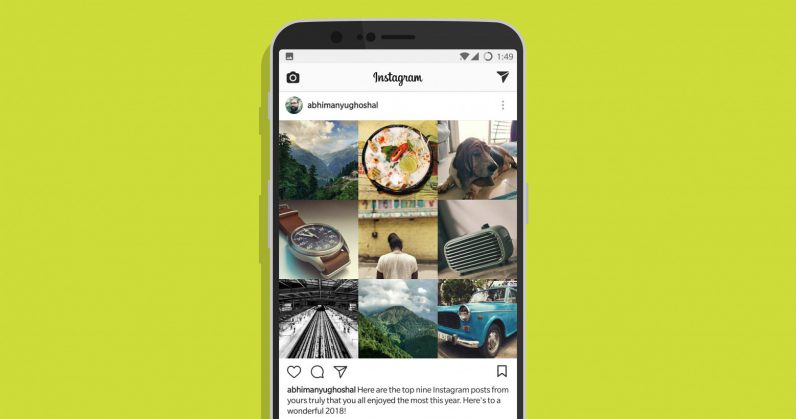 I need another instant messaging app to keep in touch with family and friends. Said no one ever.

But if a recent report by The Verge is anything to go by, Facebook is internally testing a new chat app for Instagram called Threads in what appears to be the company’s “latest assault on Snapchat.”

The app — conceived as a sister app for Instagram for “constant, intimate sharing” between close friends — also encourages users to automatically share their location, speed, and battery life in real-time, aside from offering a plethora of photo and video tools.

Facebook‘s Threads test comes three months after the photo-sharing social network shut down Direct, a standalone messaging app used to send Instagram direct messages, which it had been working on since late 2017.

It’s not fully clear if Instagram intends to officially roll out Threads to its billion plus users, or if its features will be folded into the main app or shelved before a public launch.

But it’s no secret that the development is more of a side-effect of executive reshuffle at Instagram over the past one year.

In the 11 months since founders Kevin Systrom and Mike Krieger entrusted their popular creation in the hands of Adam Mosseri, Facebook has steadily increased its hold over the prized acquisition, with employees working on direct messaging reporting to the Facebook Messenger team starting this year.

Furthermore, the test arrives at a time when Facebook — which has come under criticism for a series of data scandals and privacy missteps — announced a pivot to privacy earlier this May, outlining its plans to merge the messaging systems of Instagram, WhatsApp, and Facebook to allow users on any platform to message those on another.

The broader consolidation of Instagram with its parent company has ignited further antitrust concerns, with US Federal Trade Commission chairman Joseph Simons warning that Facebook‘s plan to integrate Instagram and WhatsApp more closely could hinder any attempts to break up the social media giant.

Facebook has long gone after Snapchat, even going to the extent of replicating the latter’s well liked Story format across all of its services.

But if Threads needs a better shot at survival in a landscape overpopulated with chat apps, it needs to offer more than standard messaging. Else, it’ll be just another short-lived experiment.