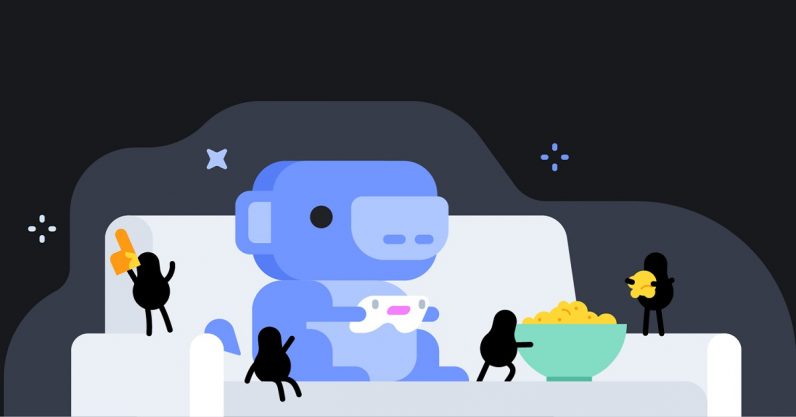 Discord today announced it’s premiering its own internal livestreaming feature, appropriately titled Go Live. It’s essentially a very small video stream where a few friends can comment on your gameplay — but it sounds like a fun alternative to other livestreaming services.

Go Live lets Discord users broadcast their gameplay over a voice chat channel in a server. Up to 10 people in the chat room can watch you play.

This update adds a game bar to the bottom of your server’s room list. It shows what game you’re currently playing and the Go Live button. Once you go live, your gameplay is broadcast to everyone who’s in the same voice chat channel as you are. It’s nothing fancy — just gameplay, with no extra adornments, and viewers can stop watching the stream any time they want (presumably without exiting the voice chat itself).

It looks like it’s somewhat akin to Steam’s livestreaming capabilities: limited, but with a very specific user in mind. It also sounds like a very chill way to enjoy a game with a couple of friends. If Twitch and Mixer streams are like your own TV show, then Discord‘s Go Live is like sitting on a couch with a few friends, watching YouTube videos together. Considering Discord’s become the platform of choice on which gamer friends can congregate, it’s good to have an in-house feature that supports small game-watching gatherings.

According to Discord, Go Live is a low-latency stream. If you have a subscription to Discord‘s premium options, Nitro or Nitro Classic, you’ll have more stream resolution options. Nitro Classic users can stream up to 1080p, while Nitro users will be able to stream in 4k and 60 fps. That’s nice, though I can’t imagine I’d be willing to pay extra just for the privilege of wowing the two friends watching me play Stardew Valley.

Discord will be rolling the feature out next week.

Read next: NYU researchers made mice smarter by manipulating their brainwaves with light