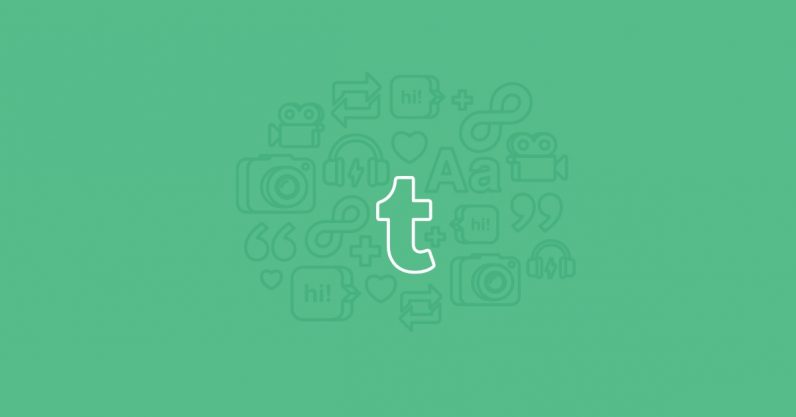 Tumblr today announced it’d be banning adult content from the site, effective December 17. While this appears to be an attempt to curtail the images of child sex abuse found on the site, users contend it will only stifle and punish artists who have filled the site with positive and accessible forms of erotica.

Recently, Tumblr‘s app was removed from the App Store because illegal images of the abuse of minors were proliferating there. Now, the company has updated its rules on adult content, stating, “adult content will not be allowed on Tumblr, regardless of how old you are.” Said adult content will apparently include “photos, videos, or GIFs that show real-life human genitals or female-presenting nipples, and any content—including photos, videos, GIFs and illustrations—that depicts sex acts.”

The users who blogged that sort of content on Tumblr? They’re not happy.

The double-edged sword of Tumblr banning adult-content is:

Pros: I'll finally be able to use it in public

Cons: There'll be nothing left for my friends to re-blog

Even a casual user of the site (as a disclaimer, your author has a small, SFW Tumblr blog not associated with TNW) can barely turn a page without tripping over a blog devoted to adult artwork, stories, fan works, and any combination of those.

Several critics of this decision have pointed out that, far from being shameful, the site’s content has offered safer or more palatable forms of erotica to a large contingent of users whose needs aren’t served elsewhere. Glamour last year interviewed several women who said Tumblr was their source for gifs that removed distateful elements from more “mainstream” forms of pornography.

Several people have taken to Twitter to lament the decision:

This isn’t funny. @Tumblr has been a safe haven for female sexuality, especially for young women uncomfortable with mainstream pornography. What a massive blow. https://t.co/nrM652IYSq

What a lousy decision. Adult content is the only reason I use Tumblr https://t.co/sOYgyFWdkr

Others are pointing out the addition of “female-presenting nipples” to the list of prohibited images is needlessly sexist and reinforces the idea that female bodies, specifically, are something shameful that needs to be hidden:

We keep emphasizing that pornography and sexuality is wrong by placing that blame on women. It's not nipples that are bad — it's female presenting nipples.

Tumblr rocked because so many women, queer and non-binary folks discovered their sexuality through fandom and community.

To give a bit of credit where it’s due (though only a bit), Tumblr‘s new rules do offer a large degree of latitude, and there are a large number of things which will still be allowed:

It remains to be seen what kind of impact this will have on the site, and if its users will migrate to a new site, as some are proposing — though given how unilateral the rules are, it’s looking more and more likely. No one’s even sure if this will help curtail the images of child abuse — the problem which likely catalyzed this change in the first place.

That said, at least one party saw some humor in the situation (and yes, it’s exactly who you’d expect it to be):

FUCK #Tumblr I CAN MAKE YOU SOME FIRE COLLAGES!

Read next: Bored? How to quickly (and effectively) inject energy into ‘ho-hum’ industries