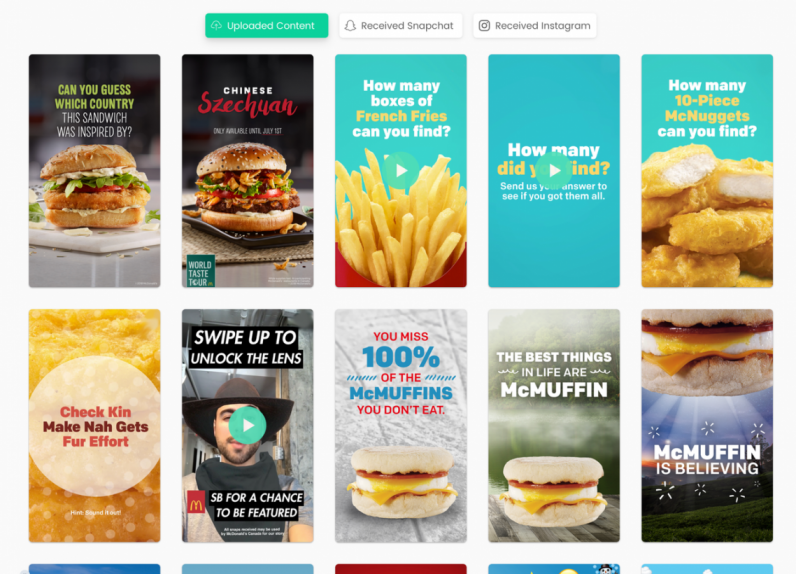 Stories are short, ephemeral blobs of content — videos and pictures, mostly — which Snapchat popularized in 2013, followed by Instagram, Facebook, and… er… Skype. But for all their popularity, there aren’t that many good ways to create and manage them at scale.

One option is Mish Guru, which today launched a tool to plan, create, and manage Instagram stories. Think of it as a bit like Buffer (or Klout, remember Klout?) for stories.

The tool handles every part of the story-making process, beginning with storyboarding and scheduling. Social media managers can create the content they want to send out to their audience, and schedule it with the tool. Crucially, it also lets them get a long-term view of what their outreach is, so they can see what they’re posting on a daily, weekly, or monthly basis.

For larger brands with lots of customer interaction, the tool also lets them capture and repost user-generated content. This extends to stuff like polls, too. According to Mish Guru, this performs seven times better than branded content, which can appear inauthentic.

As you might expect, it also includes an analytics feature, so users can determine the reach of their posts, allowing them to adjust their strategies accordingly.

As mentioned, Stories are available on several social media platforms. Mish Guru offers some cross-platform compatibility, and lets users automatically post their stories across both Instagram and Snapchat, potentially saving social media managers a lot of time and effort.

Mish Guru’s previous tool was limited to Snapchat, but quickly gained popularity across the corporate social media space, with customers like Red Bull, McDonald’s, Vodafone, and Playstation. This eventually lead to the company being named an official Snapchat Partner.