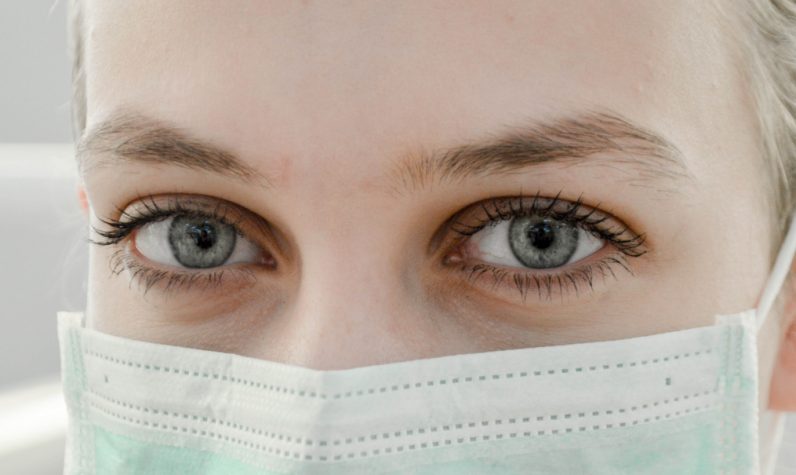 People tend to talk about doctors in respectful, often referential terms. I can think of few other professions besides Medicine which command immediate, universal respect. Except for the past couple of days, when the hashtag #DoctorsAreDickheads trended across Twitter.

You read that right. Doctors. Are. Dickheads.

As hashtags go, it’s an extremely uncomfortable one to read, but scrolling through my Twitter feed, I couldn’t help but feel a pang of sympathy for those using it to share genuinely sad stories about medical malpractice and negligence.

People talked about not being taken seriously by doctors. About having their medical concerns ignored. About the barriers faced in getting diagnosed with chronic, often invisible, long-term medical conditions like Ehlers-Danos syndrome (EDS), polycystic ovary syndrome (PCOS), and fibromyalgia.

I discovered that I most likely have PCOS. My doctor basically said “you don’t want to get pregnant so it doesn’t matter if we diagnose you or not”. NOT LIKE PCOS can cause diabetes, depression and anxiety, and endometrial cancer or anything :) #DoctorsAreDickheads

Went to the Dr at age 14 for chronic disabling fatigue and pain. He said I was probably just in love. Was so mortified I stagnated in my room, pushed myself and denied my own reality and did damage to my body in the process. 11 years later was dx with EDS. #DoctorsAreDickheads

There was another thread of discourse running through #DoctorsAreDickheads: those offended by the wording of the hashtag, who argued ferociously on behalf of those overworked, over-stressed, and under-paid medics — or were doctors themselves. Again, this is a perspective that I can deeply sympathize with myself.

Doctors are with us when we’re born, and when we die, and they work under the most arduous conditions. Before I go on, I’m going to mention that I’m British, and most of the statistics in this piece will reflect the UK healthcare system, which I’m most familiar with.

#DoctorsAreDickheads is a terrible hashtag. One doctor treats an average of 255 patients a week, requiring years of education and expertise in order to keep the nation healthy. Lets be thankful about the fact they provide a great service–despite the stress put upon them. pic.twitter.com/Q2pjTpYRoz

Until 2016, the standard employment contract offered to junior doctors allowed for working weeks of up to 91 hours. It was later amended to permit “just” 72 working hours over a seven day period. Junior doctors are encouraged to opt out of the European Working Time Directive, which limits the number of hours you can work to 48 hours per week.

Also just came across #DoctorsAreDickheads and shocked that this is trending!?! The irony is that both my husband and I can't even spend a quality day together with our son in half term because of our dedicated junior doctor rotas! No profession deserves such disrespect! 😡 https://t.co/MGVwlNbeB1

Medicine is also a dangerous job, too. Between 2016 and 2017, NHS hospital workers in the UK reported nearly 60,000 violent attacks — an increase of 9.7 percent on the previous year.

But if you visit a hospital or clinic, you’d struggle to notice. Most people’s experience of the NHS is a positive one, and they receive care that’s compassionate and patient-centered. Perhaps it’s for this reason why, according to a 2018 YouGov survey, 87 percent of Brits were either ‘very’ or ‘fairly’ proud of the NHS.

The medium is the message

Several people arguing for the #DoctorsAreDickheads camp defended the hashtag, saying that if they chose something milder, it would be less likely to gain the attention they wanted. That’s a fair point. As hashtags go, it’s a polarizing one. It threw the cat among the pigeons. Most importantly, it trended.

But did it work? I guess that depends on your definition of ‘work.’ If your sole measurement is that it allowed people to share their stories to a greater reach of people, then it absolutely did.

But if you’re concerned about changing hearts and minds, with the goal of accomplishing greater things in the future, then the success of the hashtag is a lot harder to measure. From my perspective, it merely produced a flood of anger and fruitless internet fighting.

The #DoctorsAreDickheads trend shows just how fucking horrible this place can be.

I’m certain that the percentage of dickheads in the medical profession is no greater than in any other profession, and they’re doing a much more difficult job, both technically and emotionally.

The problem is that negative messaging largely doesn’t work. It turns people off. It makes it easier to disregard otherwise valid points. The divisive wording of #DoctorsAreDickheads overshadowed several genuinely heartbreaking stories.

I should make it clear that this isn’t merely my opinion, but something that’s evidenced by academic literature. A paper from Kim Fridkin and Patrick Kenney at Arizona State University looked at the efficacy of negative political advertisements — also known as “attack ads” — and found that they can, under some circumstances, actually be counter-productive to candidates. Especially harmful advertisements were ones that were strident or focused on personal characteristics. You could argue that calling an entire class of people “dickheads” is inherently strident and personal.

When I think of #DoctorsAreDickheads, my mind drifts to the moment when Hillary Clinton called half of Donald Trump’s supporters a “basket of deplorables.” In the second presidential debate, CNN moderator Anderson Cooper asked Clinton how she could unite a country when she’d already written-off a significant chunk of it. It was a valid question, and Clinton ultimately lost the election.

And to those propagating the #DoctorsAreDickheads hashtag, I ask you this: what’s more important to you, winning an argument on Twitter, or accomplishing positive and meaningful change?

Read next: This app supports those struggling with opioid addiction