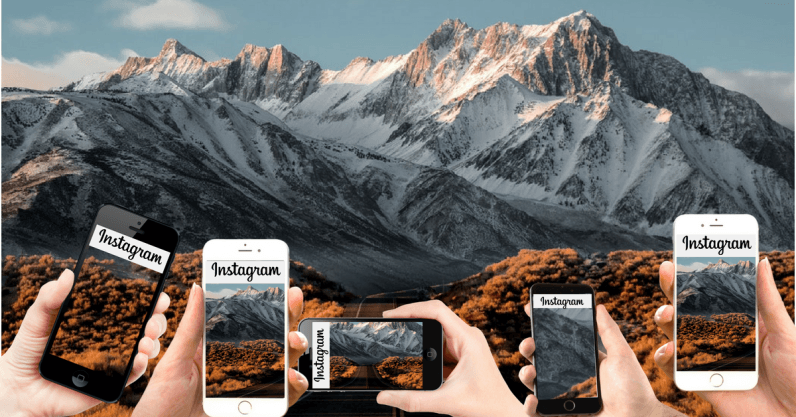 When scrolling through your Instagram feed, do you ever feel like you’re getting déjà vu? This is probably because people seem to be living the same life on Instagram.

Whether it’s a perfectly shot piece of avocado toast alongside an artistic looking latte or a breathtaking image of someone jumping from a waterfall, it’s been done before. A million times.

It’s hard to remember who posted what when everything looks the same. That’s the idea behind @insta_repeat, an Instagram account which has collected collages of near-identical shots posted by different influencers and photographers.

Since June, the photographer-exposing account has posted 87 collages and gathered 117k followers along the way.

Their posts include the ubiquitous shot of a white girl with blond, long hair looking “candidly” away from the camera at a mountain in the distance, and the highly original image of a staged iPhone taking a photo of a beautiful view.

Medium close up back of girls head #personaloneinthewild

Long before over-sharing online was a normal thing to do, humans have always been attracted to tourist destinations to capture the perfect photograph.

I think we’re all guilty of it to some extent, but now, instead of taking home a gift shop souvenir and relaying your trip to your close friends, people post every detail of their lives online to hundreds of followers who they may not necessarily even know.

Because of this urge to document our lives in real time, originality is becoming a thing of the past and a new-age of copycatting is creeping up on us.

At first glance, @insta_repeat is nothing but a bit of a laugh. It also shouldn’t be a surprise since we’re so used to seeing the same kind of posts when we geo-search on Instagram anyway.

As the account further reveals Instagram‘s unoriginality, it poses questions about how authentic influencers and travel bloggers really are on social media, especially as they’re now raking in the big bucks.

The Instagram influencer market is a growing phenomenon with more and more companies are jumping on the bandwagon of advertising through trusty influencers with thousands, if not, millions of loyal followers.

According to Statistica, the influencer market is set to be worth $2.38 billion in 2019, a big jump from its current worth of $1.6 billion.

It’s already incredibly difficult to be original on Instagram, and the avalanche of cash the market will likely face within the next year might make it truly impossible to be creative.

And then we’ll have to give up avocado toast for good.

Read next: Traditional VCs are finally investing in cryptocurrency and blockchain startups