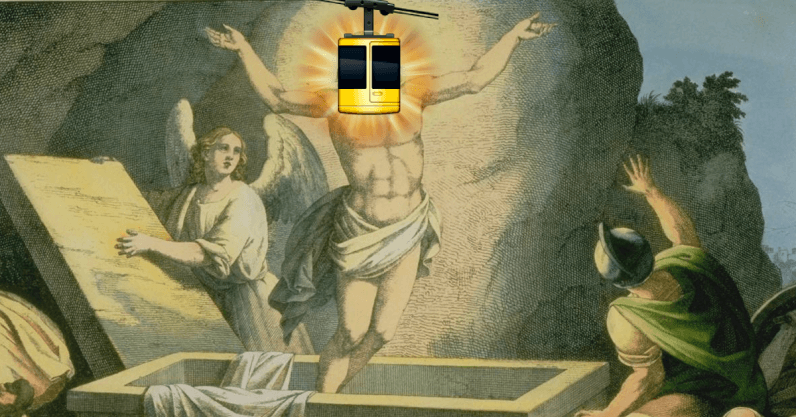 If you take a few moments to scroll through the emoji keyboard, you’ll eventually come across the ‘travel and places’ category to find an innocent looking aerial tramway (🚡).

The ABCD emoji (🔠) is now ‘in the lead’ as Twitter’s most unpopular emoji and this is all down to the Least Used Emoji Bot (@leastUsedEmoji), a Twitter account sending automated updates of this (important) information every morning to its 16.1K followers.

The updates are pulled from emojitracker, a real-time scoreboard that scans every Tweet for emoji since 2014. The site tracks 845 approved Unicode emoji and inevitably one of them will be running in last place (far, far behind the famous cry-laughing face 😂) and the internet didn’t want the aerial tramway suffer that fate.

WE GOTTA BOOST MY GUY 🚡. COME ON EVERYBODY LET’S SHOW AERIAL TRAMWAY SOME LOVE 🚡🚡🚡🚡🚡🚡🚡https://t.co/57TcBMfnyG

The aerial tramway is deserving of this little win and it’s possible that the ABCD emoji deserves to be in last place (have you ever used ‘🔠’ in conversation?)

I’m not confident that Twitter users will use their internet voice for the sake of 🔠’s reputation like they did for the aerial tramway. But I can think of a couple emoji that are more deserving of last place: the phallic looking eggplant (🍆) and the truly terrifying looking clown (🤡) — he haunts my dreams.

Read next: We tried to force our intern to exercise with this app — it half-worked