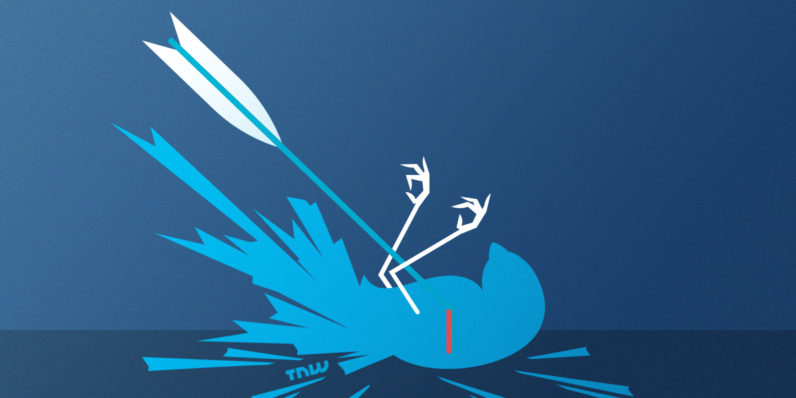 Twitter has gone to war with fake and suspicious accounts — for real this time.

According to a report from The Washington Post, the world’s most toxic social platform has suspended more than a million accounts per day — some 70 million in total — since the beginning of May. The pace, at least for now, doesn’t appear to be slowing. After Congressional pressure last October in an effort to understand how Russia used fake accounts and bots to influence the US presidential election, Twitter has more than doubled its rate of suspensions.

Its aggressive removal of unwanted accounts underscores years-long concerns that the platform had sputtered out of control, becoming a cesspool that welcomed the voices of trolls, bullies, and racists.

Twitter, historically, has proven willing to make change. This change, however, must be weighed against the consequences of upsetting a relatively delicate ecosystem that, at this point, seems to serve the influential above all others.

It’s a problem that stems not from policy, but its selective enforcement of it. The occasional bans of racists, trolls, and bullies — people like David Duke, Martin Shkreli, and Milo Yiannopoulos — may appease its most vocal critics, at least temporarily, but does nothing to serve the needs of the platform as a whole on anything more than an immediate timeline. It’s yet another bandage on a wound that, at this point, obviously requires surgery.

Shkreli and Yiannopoulos, for example, weren’t banned for hate speech, trolling, or their generally toxic behavior on the platform.

In Shkreli’s case, it was a temporary suspension turned permanent ban for harassing journalist Lauren Duca.

How is this allowed @jack pic.twitter.com/Wof8MlYHTL

For Yiannopoulos, it was unleashing his army of angry alt-righters on actress Leslie Jones. “They made a very dumb decision right before I had the eyes of the world media on me. I think they’re going to come to regret it,” he said about the ban. “Anyone who believes in free speech was sent a very powerful message today, which is that you’re not welcome on Twitter.”

For some though, their accounts are firmly in “too big to fail” territory. Donald Trump, for example, routinely engages in behavior on the platform that others have been banned for. Or there’s Elon Musk, who recently targeted a journalist after receiving unfair coverage — accusing her of accepting payouts from short sellers to drive the price of Tesla’s stock down.

Change has been, to put it mildly, slow.

While it’s unlikely that Twitter is ever going to take meaningful action on its biggest accounts, it’s clear that it’s making some change. Ridding the platform of fake accounts, spammers, bots, and its most vitriolic users is, undoubtedly, progress, as is taking a measured approach to cleaning up the platform at the risk of alienating shareholders — who definitely won’t be happy if the approach leads a decline in monthly users over the second quarter, which ended last week.

Progress should always be applauded, and in this case it’s clear that Twitter is putting the needs of the platform, of the user, ahead of financial gain. It’s perhaps the only move it could make, as celebrities and other influencers continually threaten to leave (or actually leave) the platform due to its most deplorable users. But still, it took guts to make it.

That said, if Twitter actually wants to fix the problem, it has to start with the accounts it seems most hell-bent on protecting. While suspending 70 million accounts is great headline fodder, it’s still a bandaid on a much bigger problem.

Read next: The UK's new Minister for Digital (probably) doesn't know anything about tech