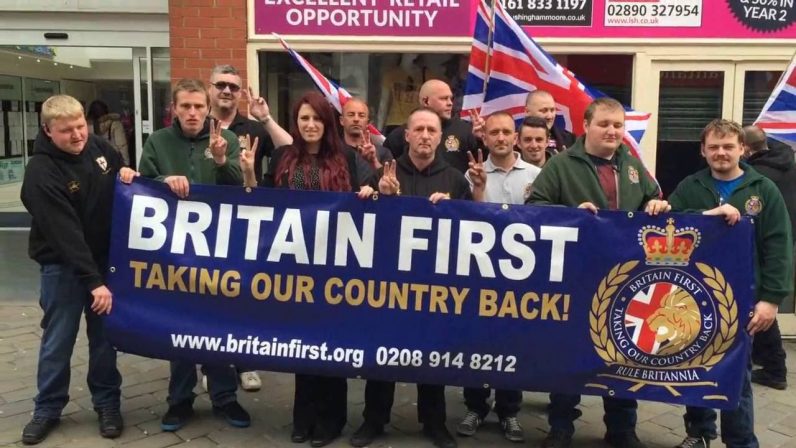 Facebook has announced it has permanently deleted the accounts of the far-right extremist group Britain First, and its leaders, Paul Golding and Jayda Fransen.

Britain First are perhaps one of the most controversial elements in British politics. Although the party has never known success at the ballot box, it’s boasted the one of the largest social media reaches of any British political institution.

They became known for their inflammatory, emotionally-provocative, often ALL-CAPS posts, which pushed an unashamedly anti-Islam, anti-immigration, and eurosceptic perspective.

In a blog post published earlier today titled “Taking action against Britain First,” the company elaborated on its justification for banning the aforementioned accounts, saying that the trio “repeatedly posted content designed to incite animosity and hatred against minority groups.”

“Content posted on the Britain First Facebook Page and the Pages of party leaders Paul Golding and Jayda Fransen has repeatedly broken our Community Standards,” it said.

“We recently gave the administrators of the Pages a written final warning, and they have continued to post content that violates our Community Standards. As a result, in accordance with our policies, we have now removed the official Britain First Facebook Page and the Pages of the two leaders with immediate effect.”

The statement describes Facebook as “an open platform for all ideas,” but added that all pages, regardless of political affiliation, have to abide by its policies.

Facebook’s move isn’t much of a surprise. The writing has been on the wall for some time. In December, Facebook’s Policy Director, Simon Milner, told MPs the company was “reviewing” Britain First’s Facebook page.

It also follows Twitter suspending the accounts of Golding, Fransen, and Britain First in December, in a crackdown against far-right hate speech.

With access to traditional social media massively curtailed, the group has since moved to Gab, which is a popular refuge for those banned from Facebook and Twitter.