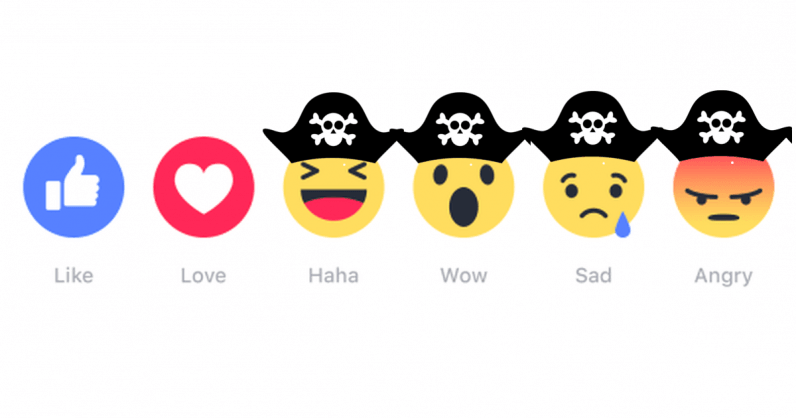 Livestreaming is increasingly mainstream. Social behemoths like YouTube, Twitter, and Facebook all come with the feature baked-in and prominently displayed. With just a flick of a button, anyone anywhere can broadcast anything to hundreds of thousands of people.

Anything. Literally anything. Like, er, a boxing match only available through pay-per-view (PPV).

A Scarborough man is currently in hot water after a friend purportedly streamed a high-profile PPV boxing match to over 4,000 people. According to the Teeside Gazette, 34 year old Craig Foster paid £19.95 to watch Anthony Joshua’s fight with Wladimir Klitshko from his satellite TV provider, Sky.

Foster says that at some point during the night, a friend picked up his iPad and used it to stream the bout to an audience of 4,250 cheapskates.

Sky quickly noticed, and sent the pugilism enthusiast a bill for £85,000, which the company says represents the revenue lost from his stream.

This isn’t the first time a paid TV provider has cracked down on a customer streaming content. Earlier last year, an Aussie man went viral after his cable service called him mid-stream of a bout between Quade Cooper and Jack McInnes.

The back-and-forth between an exasperated Foxtel representative and Brisbane mechanic Darren Sharpe is hilarious — and if I dare say so, extremely Australian.

It’s not clear what happened afterwards, although speaking to Gizmodo, Foxtel promised that the “appropriate legal action will be taken.” And banter aside, it serves to show that TV providers are able to take proactive action against those who inappropriately stream content.

In the case of Sharpe, his TV provider called him while the fight was still ongoing, and fruitlessly implored him to turn off the broadcast.

So, how are Foxtel, Sky, and other paid TV providers able to identify those streaming PPV content? It goes without saying that those streaming content under their own names make it easy for TV companies to take action, but there’s something more complicated happening in the background.

A source at Sky explained that the company routinely watermarks PPV content with uniquely identifying codes. This makes it possible to pinpoint the Sky account linked to the stream.

They also pointed out that they regularly take action against those streaming PPV content. In October of last year, a Bristol man was forced to pay over £16,000 in legal costs, plus damages, after he was caught broadcasting Sky Sports.

Much of the effort against these illegal streamers comes from Facebook itself. A source close to the company detailed the tools it uses. The Audible Magic system, for example, allows rights holders to fingerprint their content. Videos are tested against this at upload, stopping many unauthorized videos from reaching the site in the first place.

The company has created its own in-house system, called Rights Manager, which allows content owners to create a library of content they want to protect. This includes live content. Facebook uses automated processes to check content against the Rights Manager database. If it detects a match, it’ll interrupt the video.

In addition, when a livestream is ended, Facebook checks the content against Audible Magic before it is saved in perpetuity, adding an extra layer of checks.

A huge part of Facebook’s strategy to fight piracy has focused around allowing third-parties to extend Rights Manager through its API. Some of the larger content protection products now offer to protect a piece of intellectual property on Facebook as a fundamental part of the offering.

It’s also given copyright holders the ability to automate much of the process. For example, if Facebook identifies an illegal stream of a PPV stream, rights holders can elect to predefine the action they want to take, thereby reducing any bottlenecks. Nobody has to ask if they want a stream taken down; it just happens automatically.

Facebook pointed out that unauthorized livestreams are against the company’s terms of service, and repeat offenders can see their accounts permanently deleted — which in 2018, is almost like being condemned to a living purgatory.

You could make the argument that perhaps people don’t know the appropriate codes of conduct when it comes to livestreaming. It’s in a weird space, as it’s simultaneously very new, but also an integral heart of the applications most of us use on a daily basis: Facebook, Twitter, and YouTube.

People know that you can’t just upload a PPV boxing match to YouTube. Twelve years of “this video is no longer available due to a copyright claim” have hamered that point home.

But streaming? It’s a bit more ambiguous, perhaps because it’s ephemeral. A livestream exists in the moment it’s created, whereas an illegal YouTube upload feels more long-term, and therefore has long-term consequences that perhaps are a little more obvious.

Read next: Here's how to watch the FCC event at CES that Ajit Pai backed out of