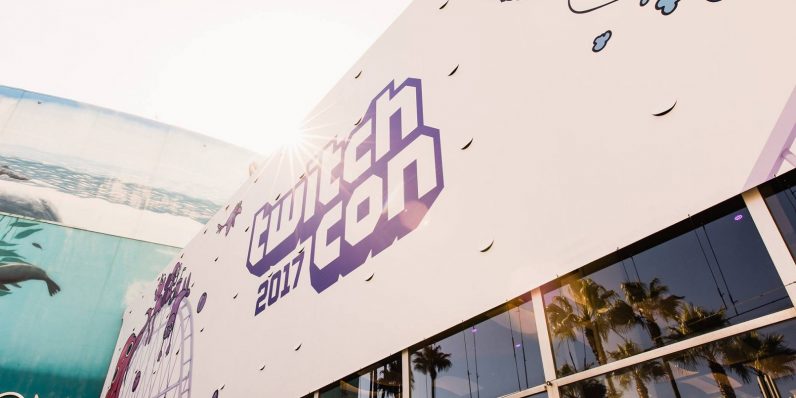 In case you managed to miss it, TwitchCon was a week ago. It was a lot of fun! Too bad no one besides the attendees seemed to know what it was about.

Several tech companies attended, including Razer, Logitech, and Intel. The developers of the game H1Z1 also hosted a major tournament with several thousand dollars at stake. But for the most part, it was streamers supporting each other, offering advice, and networking. I stream in my spare time, and went mostly to spend time with close friends I knew would be attending.

Of course, for all the apparent popularity of the event, no locals I talked to seemed to have any clue what it was about. I took about twenty different Ubers over the course of the weekend, interacted with several people on the streets, and encountered maybe one person who had any knowledge of the site before the event.

The people I met could usually pick us out by our purple lanyards and enormous badges, which we all wore perpetually over the weekend. They’d invariably ask some variation on the following: “So you’re part of that big event at the convention center? What’s it all about?”

And when I’d say the word “Twitch,” I’d get blank looks, and a few guesses based on the verb, “twitch.” When I started to explain using the words “camera,” “livestream,” or “video game,” most would say, “Oh, like YouTube?” To which I’d replied, “Close enough to get you started.”

Still, for the most part, everyone was good-natured about it. A few people asked how much money one could make from the site. One Uber driver even had a personal revelation, saying her husband was frequently playing games and talking into his headset mic. “Maybe that’s what he’s doing back there?”

Sad to say, the best case of messing with non-Twitch civilians didn’t come from me, but from a close friend. He was asked by a couple on the street what the event was and why everyone was wearing purple. He mentioned the word “Twitch,” to which the couple responded “Like a drug thing?” My friend then assured them that yes, everyone they saw wearing purple and attending the event was a recovering drug addict or seeking help.

I have no idea if they actually believed him, but I nurture the hope that, somewhere in Long Beach, a mortified couple walked around, looking at everyone in purple and thinking, “There are so many of them! Why are they allowed out to walk the streets?!”

Read next: 5 impactful edtech trends in 2017