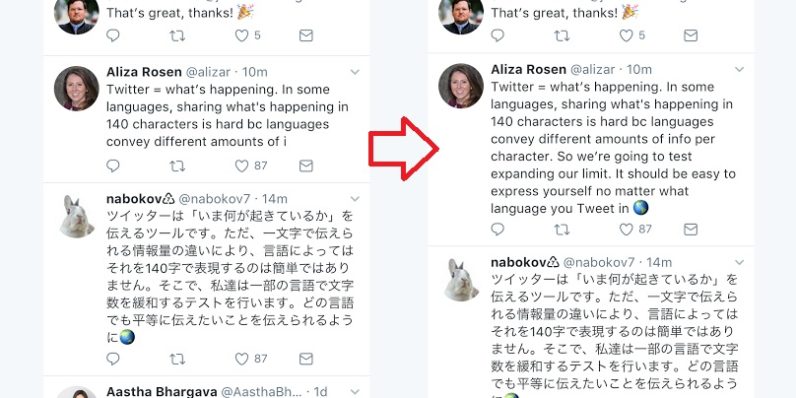 Twitter is testing a new feature that will double the character limit of tweets — which means you may soon have 280 characters to play with.

According to Twitter, it made the changes to address the frustration most people have with trying to fit their thoughts into a 140-character limit. About 9 percent of tweets in English hit the limit. A company spokesperson says the company is confident most people will appreciate the change:

We understand since many of you have been Tweeting for years, there may be an emotional attachment to 140 characters – we felt it, too. But we tried this, saw the power of what it will do, and fell in love with this new, still brief, constraint.

The new limit will be in place for languages that frequently hit the old 140 character max — which, according to Twitter, is all languages other than Korean, Japanese, and Chinese. The company’s data suggests users who tweet in those languages rarely hit the character limit — less than one percent of Japanese tweets reach 140 characters.

Twitter is currently testing the new limit out with a small group, though it may roll the feature out to everyone if there’s positive reception.

Read next: California's governor is considering a ban on combustion engines