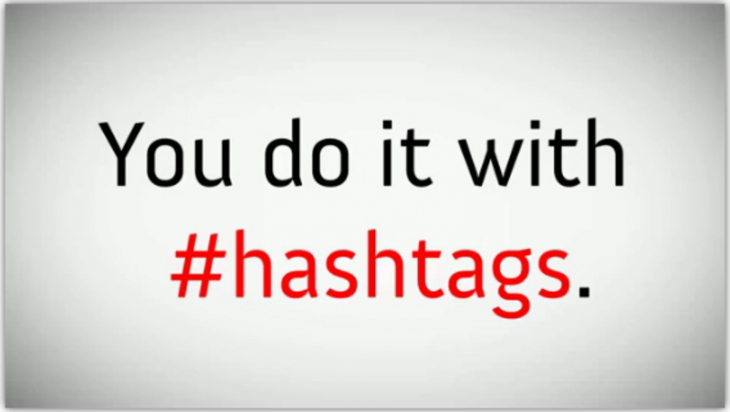 Fun fact: if you’ve got a child under the age of ten, hashtags are officially older than them. Wild, right? Here’s the tweet that launched a thousand #ships, posted back in 2007 by open source advocate Chris Messina.

how do you feel about using # (pound) for groups. As in #barcamp [msg]?

It’s completely bonkers to think about it now, especially since hashtags have long entered mainstream adoption, but this is where the idea came from — one technologist trying to figure out a way for groups to talk easily on Twitter.

I don’t know if Messina could have foreseen that hashtags would ultimately be so popular, or that they would be an integral part of pretty much any social networking app you could care to mention — Instagram, Facebook, you name it.

His idea was so solid, it pretty much became an overnight standard. One guy in Florida even launched his own hashtag-centered media sharing social app called (weirdly) Hi-Fi. This was an attempt to capitalize on the bandwagon. It failed to take off.

I also don’t think Messina predicted that hashtags would ultimately come to represent the best and darkest parts of human nature; for every #DancingManFound, there was #HasJustineSaccoLandedYet. They’ve been used to inspire us to acts of goodness, like sending hundreds of thousands of birthday cards to a terminally ill child, but also acts of cruelty and meanness.

And it goes without saying that hashtags are now being used by corporates for branding and marketing. Twitter has even figured out how to make a buck with them with sponsored hashtags.

Although, it goes without saying that some companies use hashtags more expertly than others. Who remembers #McDStories, or #Susanalbumparty?

Ate a McFish and vomited 1 hour later….The last time I got McDonalds was seriously 18 years ago in college….. #McDstories

And on this auspicious day, I’d like to hand the mic over to you. Do you have fond memories of a particular hashtag? Drop me a comment on Twitter or via Email. I want to hear about it.

Read next: Estonia is looking into starting its own national cryptocurrency