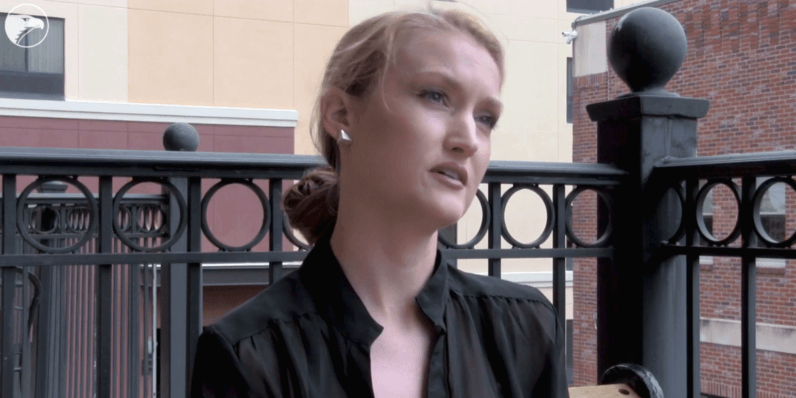 A Kansas makeup artist found out the hard way that social media is an unforgiving muse. After initially winning an Instagram contest sponsored by Kat Von D Beauty, the winner ultimately had her prize package revoked after Von D found pro-Trump commentary from a November Instagram post.

Gypsy Freeman, a makeup artist that splits her time between Kansas and Florida, won the contest last month after submitting images of an angelic white-washed figure posed next to one in all-black, and heavy makeup. Freeman was due a prize package of about $2,100 including a $500 gift card, and trip to Los Angeles to rub elbows with Von D during the launch of her new makeup line.

Instead, she received a message from Von D’s personal Instagram account stating “[I have] drawn a personal line in the sand between myself and anyone who supports that man.”

She went on to say:

My launch party [and my brand] celebrates many things that Trump is against. And I just need you to know that I personally have a hard time with inviting anyone who would support such an anti-feminist, anti-homosexual/LGBT, anti-immigrant, and anti-climate change fascist such as Trump.

According to screenshots, Freeman replied:

I won’t be upset with you if you can’t have us there for these reasons, and I wish you the best. We would love to be there, of course, but I sincerely do understand if you decide to replace us with someone who supports the candidate you support.

To which Von D added:

It’s not about inviting people based on their political stance – it’s just extremely difficult (borderline impossible) for me to be friends with or associate with anyone who would support a man who goes against everything I stand for. I would feel the same way towards people who supported Hitler, or any other fascist.

It’s not clear at this time whether Freeman will get to keep the prize package, but she has since been un-invited to the party — the Florida-based photographer who took the winning photo will go in her place.

Our request for comment to Kendo Holdings — the parent company of Kat Von D Beauty — has gone unanswered.

Wichitan won national contest, was disqualified for supporting Trump, she says on The Kansas City Star

Read next: Snopes needs your help to keep the lights on