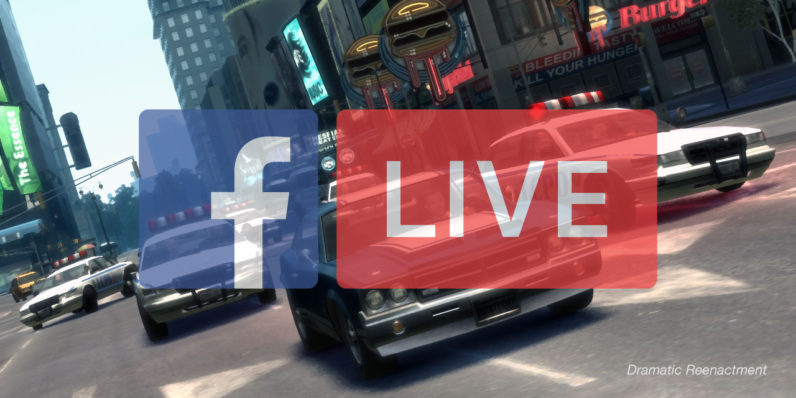 After stealing a car last month, three Australian teens decided to livestream the subsequent joyride. As you probably guessed, it didn’t turn out well for them.

The teens — two 15-year-olds and a 14-year-old — are now being charged with more than 40 crimes after police used the streamed video to aid in their capture.

“They (officers) were definitely using the stuff on social media to figure out who those people were and got them pretty quickly,” said a police spokesperson.

Look, kids do dumb things all the time but this group may deserve an award.

Live, you may recall, is tied to your personal Facebook profile. To use it, the kid had to willfully make the decision to broadcast an in-progress theft to his personal social media account. It was that decision that did the group in after local police used landmarks within the video to determine the trio’s location.

Teens livestream ride in stolen car on Facebook, get arrested soon after on Brisbane Times

Read next: Feast your eyes on the first Google Cardboard prototype