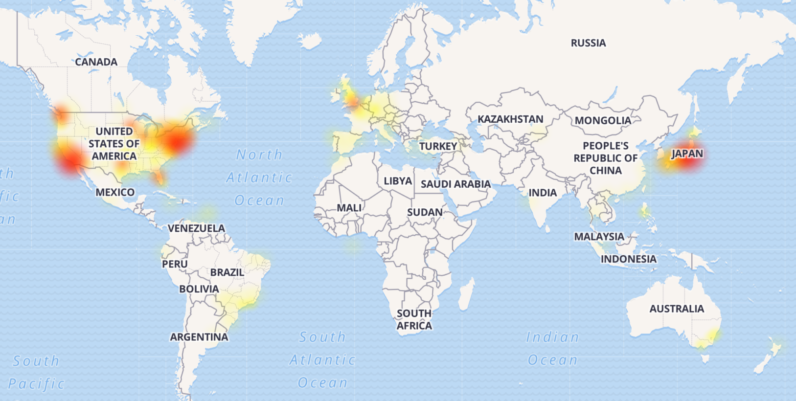 Twitter, as of 4:50pm PST seems to be down for some users. According to Down Detector, the problem seems to mostly affect the East Coast, but our West Coast team is experiencing the problem as well.

Outside the US, most of Europe seems to be having issues accessing Twitter, as well as the entirety of Japan.

It seems the the service has been having problems for the past few hours, with users reporting they aren’t getting email notifications, and that load times seem to be reduced. The outage, though, seems to have just occurred within the past few minutes, and the number of users affected is growing by the minute — at least according to Down Detector’s map.

We’ve reached out to Twitter to find the cause, and we’ll update this post as we learn more.

Update: According to Twitter, the issue has been resolved. Here’s the statement in its entirety:

Read next: Fallout's nuclear bunker sim arrives on Windows 10 and Xbox One