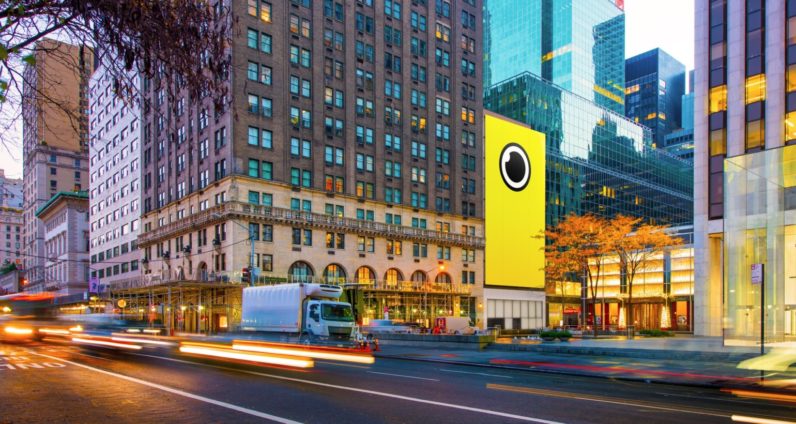 If you’ve been waiting to get your hands on Snapchat’s Spectacles, but didn’t live in one of the few places the company put its vending machines, you might be in luck today.

This morning at 6 AM EST, one of the company’s Snapbots randomly appeared in the heart of Manhattan, inside what’s probably the weirdest pop-up shop ever.

The entire facade of a building close to 5th Avenue got a makeover, now donning an enormous yellow banner with Spectacles’ eye logo looking out over the city and the Apple Store on the opposite side of the street. The opening was announced on Twitter and the company’s ‘Find A Bot’ map.

Inside, there’s only one bot selling the sunglasses, a couple of screens showcasing the product and a lot of queue barriers. Early risers who took to town were greeted by a completely empty store, but it’s bound to fill up throughout the day.

If you’re in New York, head on over to 5 East 59th Street to pick up your pair — after having waited in line for a couple of hours, probably.

Read next: Game of Thrones gets a marvelous remake in Skyrim