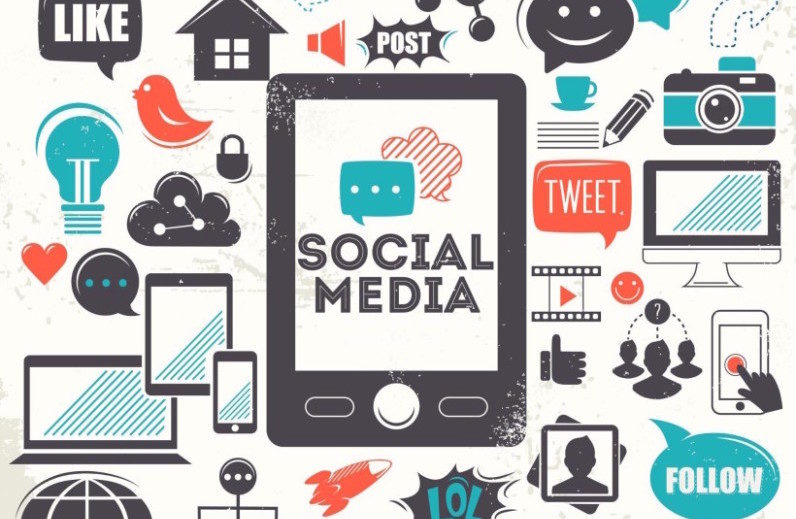 Instagram changed its logo last month, and as with almost any significant change to a popular social network, the internet was split. Some loved it. Others disliked it. And the memes started flowing.

The Facebook-owned company moved on from its old-fashioned camera icon and embraced a new, minimalist design across its suite of products: Instagram,  Layout, Boomerang, and Hyperlapse.

The simpler design puts more focus on your photos and videos without changing how you navigate the app.

The Instagram community has evolved over the past five years from a place to share filtered photos to so much more — a global community of interests sharing more than 80 million photos and videos every day. Our updated look reflects how vibrant and diverse your storytelling has become.

This update could signal the beginning of a period of rapid change as Instagram continues to shift towards its algorithmic timeline. And as such, it feels like this won’t be the last time Instagram sends the internet into meltdown in 2016.

But why do social networks feel the need to change their core functionality and design? And how do users react?

Why social networks change (and why we keep coming back)

When a social network shifts significantly – by using an algorithm to decide what content we see, or completely changing the design, for example – it’s essentially taking an element of control away from the users and changing the product we fell in love with. These type of changes tend to be met with some pushback.

But, often, these massive, sweeping changes are done with user interest in mind. For example, when Facebook first released the timeline, it wasn’t greeted warmly by some users, but now the timeline favors content from friends over brands, and it makes our Facebook feeds digestible. Without the algorithm, we could be shown up to 1,500 pieces of content on Facebook per day, meaning we’d likely miss important updates from close friends and family.

Why social networks need to change

A study by the Swiss Federal Institute of Technology looked into what factors can kill a social network. And they found that though networks like Friendster and Myspace had tens, and eventually, hundreds, of millions of registered users the bonds between users weren’t particularly strong. As such users felt a looser affiliation with the networks.

As networks grow, they become more cluttered and we begin to miss out on some of the most relevant content from our favorite accounts and closest friends. This is a problem for social networks.

When Instagram announced they were trialing an algorithmic timeline, they said that most users miss on average 70 percent of their feeds. And Instagram co-founder, Kevin Systrom explained:

What this is about is making sure that the 30 percent you see is the best 30 percent possible.

By ensuring we see content from the 30 percent of accounts we have the closest affiliation to, Instagram can continue to grow and simultaneously keep the community feeling close-knit. Hopefully avoiding the same pitfalls that Friendster and Myspace fell into as they scaled.

What this means for brands

Brands are often the most affected by significant changes to social networks. Important updates often enhance user experience and lean towards showing content that from friends and family, rather than ads or branded content.

Significant shifts mean that brands need to adapt their strategies. As a network matures, brands usually won’t receive the same exposure as they do when the platform is growing towards the mainstream, at Buffer, we call this the Law of the Double-Peak:

What this shows is that when a social network is emerging and growing towards mainstream popularity, the key opportunity for brands tends to be organic reach. But once a network hits critical mass, organic reach drops and the key marketing opportunities tend to be through paid channels.

Networks transition from organic to paid for a couple of reasons:

For brands and marketers, it’s essential to keep tabs on how networks are changing and evolving as they grow.

Why users keep coming back to social networks despite change

In 2014, researchers from Penn State and UC Irvine published a study on how users react to major changes on social networking sites.  The subject they chose was probably one of the most controversial social media updates we’ve seen: the Facebook timeline.

The researchers applied ‘coping theory’ to measure how users reacted to the change, and the study found that 78% of users initial reactions were focused on how they perceived the change to affect them personally.

Of the initial reactions, 64 percent showed some signs of stress, while only 20 percent saw the change as a positive. The number one cause of stress was loss of familiarity, closely followed by loss of control. “Facebook users generally were opposed to change and expressed a sense of loss because the new interface simply was not the old one that they were used to,” the study found.

So how did users cope with the change?

The study found that with social networks, we see ourselves as more than just users, “these Facebook users had a strong sense that they were the user community (not the products) of Facebook. Therefore, Facebook would fail without their continued use and customer loyalty.”

The majority of people surveyed in the study (64 perecent) focused on trying to change the environment (asking Facebook to switch back to how it used to be), as opposed to trying to learn their way around the new Facebook Timeline.

Some users threatened to end their relationship with the social network, but ultimately, the study found that when left with only two available coping strategies: To accept it or to leave, the vast majority accepted the change and continued to use Facebook.

Since the Timeline rollout, Facebook has gone from strength to strength. And the same will happen to Instagram when its algorithm based feed launches later this year. Some users will embrace it; others will oppose it but very few will abandon it.

Our favorite, apps, social networks and products are all going to change. Change is necessary for survival and innovation. Sometimes the change will sit well with us, overtimes it may not. But, as marketers, the key learning here is that we need to adapt to these changes if we want to continue to maximise the potential of social networks.

Very few users will leave a social network based on changes to design or functionality, and technology reporter, Mike Isaac, summed this up perfectly when discussing the new Instagram logo in the NY Times:

This will all blow over, just like it always does with Facebook and Twitter. Instagram has hit critical mass. You may think neon is ugly, but I guarantee you’ll still be back using the app again tomorrow.

Read next: Apple can now open flagship stores in India thanks to new FDI ruling