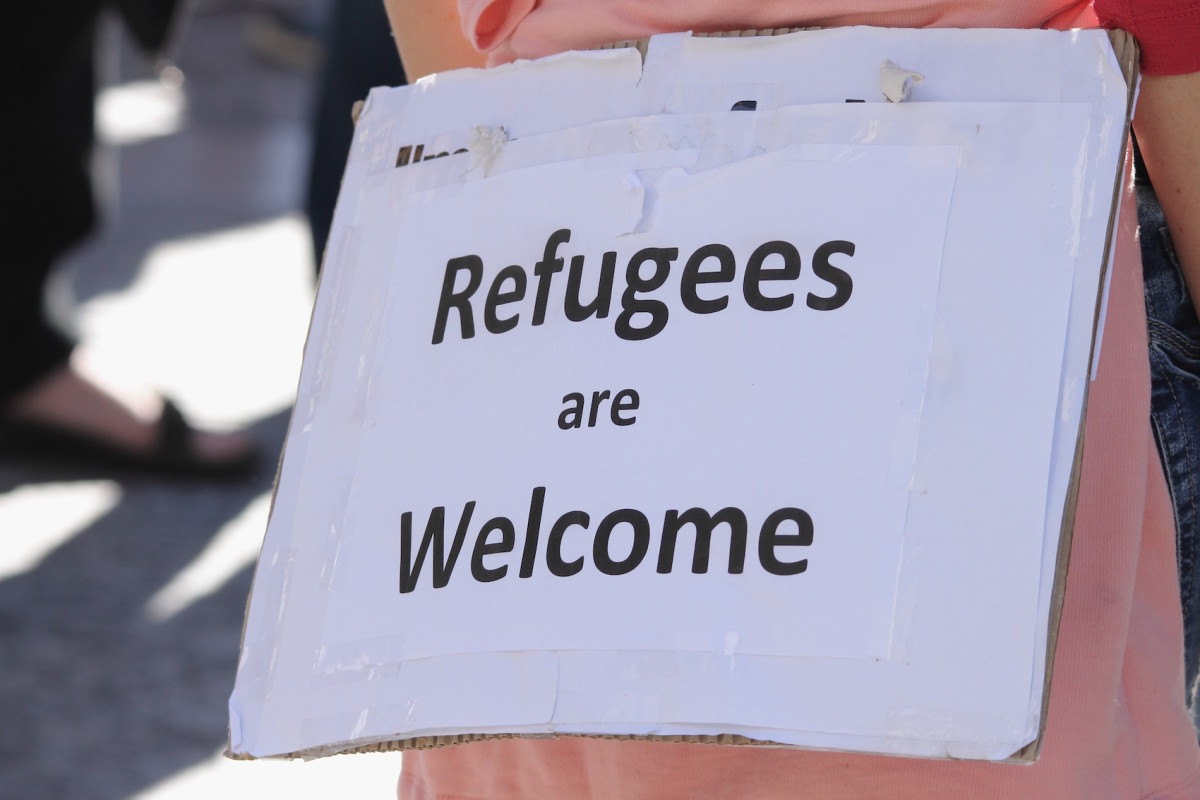 Warning: Some readers may find the images in this post upsetting.

This year’s most iconic image kickstarted a debate that would become 2015’s most divisive. On September 2, the body of a three-year-old boy was found washed up on a beach in Bodrum on the southern fringes of Turkey.

The boy was discovered by Turkish journalist Nilüfer Demir who decided to document what he saw on the beach that morning. Within 12 hours of Demir’s photos being published, they had been seen as many as 20 million people.

This picture of Aylan Kurdi, a Syrian refugee whose mother and brother had drowned in their attempt to cross the straits between Turkey and Greece was, at its height, being discussed on Twitter at a rate of 53,000 tweets per hour.

But how did that one image, among 50 published in a gallery by Turkish news agency DHA that morning, transform public opinion and set social media ablaze? A new report by Visual Social Media Lab, part of Sheffield University in the UK, attempts to document how and why this image traveled across the Web.

The moment of ignition

According to the report, that moment came at 10:23AM local time when another Turkish journalist Michelle Demishevich posted the image of Aylan Kurdi on Twitter. Within an hour the tweet generated 33 retweets and a handful of other tweets carrying the picture started to crop up in Greece and Spain.

However, it was when the image arrived in Lebanon that it began to go viral. When Newsweek Middle East correspondent Martin Jay, who is based in Beirut, highlighted the photo to Peter Bouckaert the director of Human Rights Watch.   From there the image leapt into the wider public imagination. It caught the eye of Washington Post Beirut Bureau Chief, Liz Sly, who weighs in sharing a tweet that will end up being retweeted 7,421 times, becoming the most viral post in the dataset. Almost five hours after the images were published online, no major news organization had covered the story at all – bar the Turkish press. However on Twitter it was being retweeted 17 times for every post mentioned.

Perhaps even more interestingly, while the image was picked up by sites like the Daily Mail who pushed the story through it’s typical 24 news cycle, it was the Web community who extended the shelf life of the image.

Artists, designers and wider members of the Web’s creative community began re-purposing the image, continuing the image’s spread at a more rapid rate than the news story alone.

In the UK, image compilations and photographs of well-known landmarks and British icons were used to emphasise that the UK could and should take on more refugees and highlighted how few had been allowed to come to the UK so far.

A picture of Buckingham Palace suggests there is space for at least 1,000 refugees in this building, while another image shows that all the Syrian refugees the UK has accepted so far could all fit into one London Underground train.

But how did this immense blood-letting on social media change the debate? September saw the highest ever global search volume for the topic of refugees in Google’s history. Historically, the term ‘migrant’ and the term ‘refugee’ have seen very similar search volume and have also represented two polarised views.

In France, there was a need to understand the root causes of why refugees were fleeing in such high numbers. In the United States, meanwhile, there was a more detached view on the crisis, but people still wanted to understand why the events unfolding on social media were happening at all.   In Hungary, on the frontline of the EU response due to its proximity to the Middle East, people reacted more fearfully, reflecting the politically-charged atmosphere that framed the story in such a way as to promote revulsion instead of compassion.   But despite this, the image was seen as a lightbulb moment. Commentators asserted that Kurdi’s death was representative of a wider crisis.  The metonymic role of the image – in which the little boy’s body is interpreted as representing the deaths of many others – transformed the image from a dead three-year-old to a symbol of huge suffering previously ignored.   According to the report, the enormous wave of grief expressed on social media lead to changes in political discourse. British prime minister David Cameron and Scottish first minister Nicola Sturgeon both announced an increase in assistance. In a speech delivered a month after Kurdi’s death, Cameron stated that he found it, “impossible to get the image of that poor Syrian boy Aylan Kurdi out of [his] mind”, suggesting the image played a direct part in his decision-making.   Across the UK, a similar narrative emerged of people who were prompted upon seeing the photograph into action of some kind. From starting a campaign, a petition, collecting aid, coordinating shelter for refugees or volunteering.

It is this relationship between viewing and doing online, and performing physical acts in our non-digital lives, that is most striking about this image. The Web is constantly awash with images that are shocking and disturbing. Indeed, most of us actively try to avoid them. However, the image of Aylan Kurdi did something different. It transcended its status as a traumatic and heart-wrenching photograph and became a symbol of one of humanity’s greatest challenges: that ignorance is bliss and many people prefer to live that way. As time has elapsed since the image was circulated so massively online, the legacy of Aylan Kurdi poses trickier questions about what it means to see and experience terrible things. A YouGov report  highlighted that just nine percent of those who reported seeing the Kurdi image stated that they believed more Syrian refugees should be allowed into the UK.   Another study found public sympathies are short-lived, in that similar stories from last year did not effect a lasting change in public opinion towards refugees.

In September, the photo of #aylankurdi shook the world into caring about the refugee crisis. Or did it? https://t.co/qz0OKRsUdT — On the Media (@onthemedia) November 15, 2015

But, despite that sad truth, the image has been repurposed to commemorate other difficult moments in 2015. The Paris attacks were quickly used as a sounding board for how we really feel about refugees and migrants. Kurdi has even been used as a scalpel to make incisions into US presidential nominees’ thoughts on refugees.

how did we go from collectively mourning #AylanKurdi‘s plight to this. https://t.co/NVo6J8luxQ where is the humanity? — marisa santana (@MarisaCarullo) November 16, 2015

While Kurdi may not have permanently changed how we feel about our neighbors near and far, his image has become a trojan horse that can be used time and time again to remind us that our actions, or inaction can and do have dire consequences.

From a cold beach in Turkey, across Twitter and back, Aylan Kurdi’s tragic death will remain with us long after the sands of time have washed him away. ➤ The Iconic Image of Social Media [ExampleSource]

Read next: Adblock Plus reveals how it's charging companies to let ads through your ad blocker