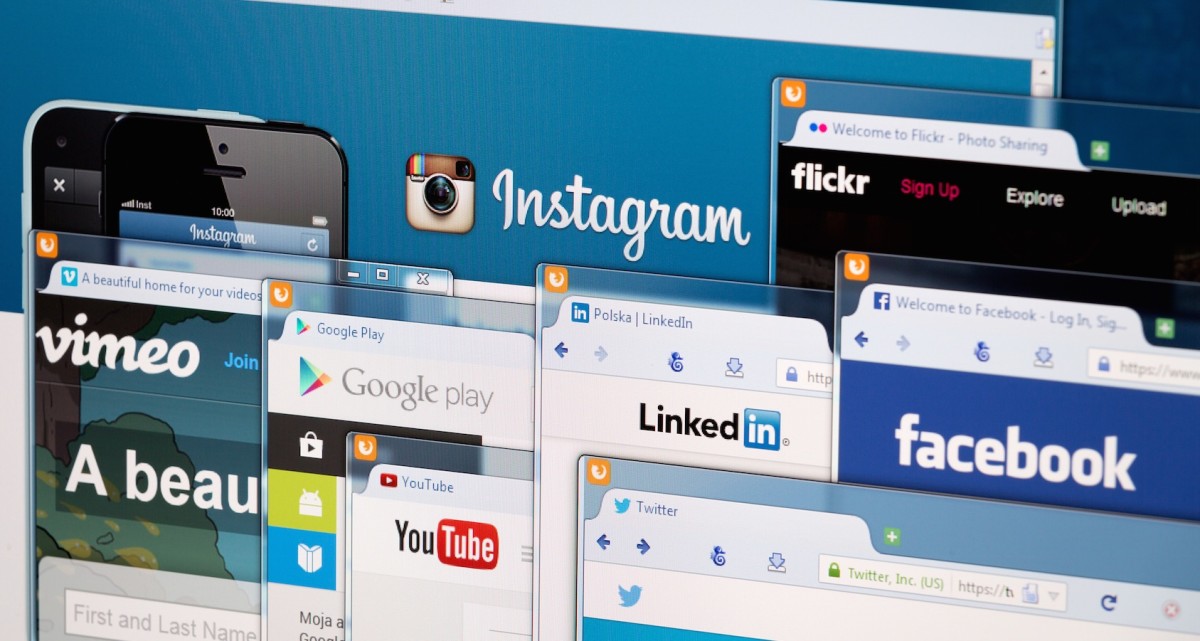 I love to see new stats and research about how to best share to social media.

If it’s research-backed or numbers-driven, sign me up. These actionable tips are what drive a lot of our experiments at Buffer as we’re keen to see if the best advice from these studies meshes with our experience, too.

I’ve collected 10 of the latest surprising, revealing studies on social media here in this post, with takeaways and insight into social media timing, Instagram sharing, Facebook users, and more. If you’ve seen a recent study worth mentioning, I’d love to hear from you!

1. The peak performance of social sharing

Chartbeat reported on the data of the sites it tracks, looking at how social media sharing corresponds to site traffic. The general trend seemed to follow: Traffic and social sharing both increase throughout the early morning, peak midday, then lessen into the evening.

The unique finding here was in the subtle difference in exactly where each metric peaks.

Only two publishers–BuzzFeed and Yahoo!–have more women than men in their audiences at 51 percent and 56 percent respectively.

Only two publishers–Forbes and Wired–exceed a 10 percent likelihood in their audiences working at management level.

Fractl and BuzzStream collaborated on a study of 20 publishers’s Facebook audiences, looking at the Audience Insights for publishers like The Guardian, Wired, BuzzFeed, Yahoo, Huffington Post, and more.

In the case of these audiences, the results skewed heavily in a few directions:

Comparisons might be a little tricky to draw between these pages and yours, though the research does point to the value of understanding your audience. My best guess at the demographics of some of these publishers would be that the audience was more female (I was wrong) and perhaps not as IT focused.

(For Instagram engagement—as you can see from the graph above—the best results still come from photos versus video.)

Other interesting takeaways from the Locowise study include:

Quintly analyzed over 5,000 Instagram accounts (and broke those accounts into buckets of followers, too) to see the current trends in engagement, content type, and strategy. One of the main takeaways from the study: Interactions are amazingly high on Instagram.

Further, Quintly also shared the average interactions per post for Instagram photos or videos, along with a breakdown of what you might expect at varying follower levels.

5. Where is social media marketing headed?

Social Media Examiner surveyed over 3,700 marketers on their social media strategies, goals, and plans, ending up with some truly fascinating results on where social media marketing may be headed.

Additional cool findings from the Social Media Examiner survey include:

How to get more engagement with a second tweet

We’ve written much before about the case for reposting content, sharing an article more than once on social media. A research team from Cornell investigated this strategy, looking at the effect of wording on sending multiple messages through Twitter.

The researchers developed an algorithm that could successfully predict which variation of the same tweet would receive more retweets. (You can try out the free tool that is based on the algorithm.)

Here are the factors that researchers identified as being helpful for reposted content. (The most significant factors are highlighted in bold.)

The 9x increase in retweets just by adding an image

According to Stone Temple’s study, adding an image to your tweet doubles the likelihood that your tweet will receive a retweet or favorite.

And for those with low-level social authority—low follower counts, just getting started on Twitter, or otherwise—adding an image to your tweet generates five to nine times as many retweets and four to 12 times as many favorites in total.

From Eric Enge of Stone Temple:

At lower authority levels including an image will get you five to nine times as many Retweets and 4 to 12 times as many favorites than you will if your tweets don’t include an image. Hopefully, you were sitting down when you read that. Note that high authority levels also benefit as well, though for the 90-99 range the gain is relatively modest. For those high authority accounts, people are already hanging on their every word.

The surprising result at #1, plus the unique spot for Twitter

The Global Web Index’s most recent quarterly report (a survey of more than 40,000 Internet users) looked at social media usage and came out with a couple of keen insights.

So in case you had yet to consider YouTube as a possible channel to meet your audience, there seems to be solid evidence here that your audience is quite familiar and comfortable with hanging out at YouTube. (We’ve got some tips on how to make videos for your brand also, if that’d be interesting for you!)

We covered a series of social media personality types awhile back, and these folks seem to fit well into the lurker category—still a valuable addition to your network, just with their own personal tastes when it comes to being involved.

9. How people spend their time on social

Another interesting takeaway from the Global Web Index report is in the survey responses about how people spend their time on social media sites. For Twitter, Facebook, and Google+, the report found the following:

Here’s how the rest of the activity breaks down. Note how many of the top Twitter activities deal with reading the news or catching up on what’s been happening whereas many of Facebook’s top activities involve connecting with friends.

Sprout Social regularly shares insights from its data, making particular note about the way that brands and businesses listen and respond on social media. Their 2013 benchmark study showed great room for brands to improve, and Sprout’s followup study in 2014 had many of the same takeaways.

There is great opportunity for you to stand out on social media by simply replying to everyone.

The data from Sprout Social showed that businesses are learning how to reply quicker to responses (we’ve mentioned before that response expectations on Twitter typically hover under 60 minutes). However, they’re replying to a smaller percentage of the volume of messages they receive.

Which of these stats stand out to you?

Is there anything here that seemed particularly surprising or true from your experience?

I’d love to hear your thoughts in the comments! Feel free to leave any input you might have, it’d be great to hear from you.

Read Next: Should your business be on Snapchat, Ello, Vine or other niche social networks?

Read next: IBM has created the tiniest, densest computer chips in the world