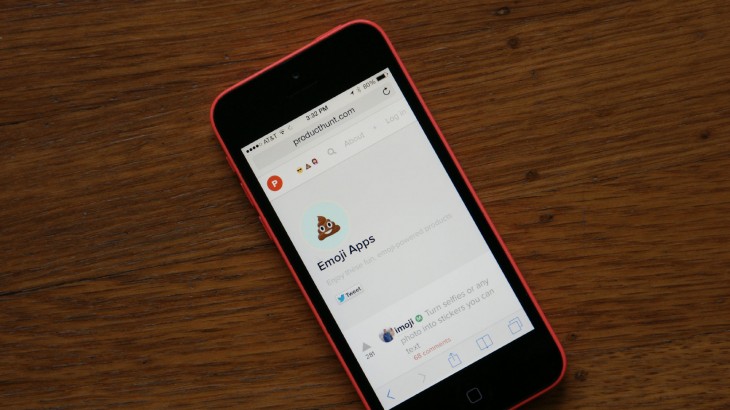 Product Hunt has been getting a lot of press lately. Most of it for good reason. It’s a quick way to see what the movers and shakers of the tech world are checking out everyday. But behind the daily up-voting of products, the team is experimenting with fun sub-categories.

They’re like hidden sub-reddits but without all the self righteousness.

Each weekend for the past few weeks, the Product Hunt team publishes a special topics list. Some of them are fun distractions or tied to a specific event, and a few are populated with tools used for a single task. Of those lists here are the ones you should check out.

Nostalgia sells. It’s the reason we keep watching everything that has the name Star Wars attached to it. So it’s no surprise that the Product Flashback list sucked us in like a Sarlacc Pit tentacle.From Golden Eye on the N64 (Nintendo 64) to the dead, but definitely missed, delivery service Kozmo, Product Flashback is a fun reminder of the past that so much of what we use today is built upon. Even the failures.

Whether you’re looking for a messaging app or a messaging board to talk about co-workers, the Anonymous Apps list is a good starting point for your new life as a paranoid internet user. If you don’t control your privacy, no one else will.

The great thing about bitcoin and other crypto-currencies is that they’re not controlled by a single source. Of course, that’s also the bad thing. The Bitcoin and Crypto-Currency list includes wallets, trading services and lending. It might not get you onboard the often confusing new world of digital cash, but if you’re already talking Satoshis, it’s a great resource.

The “Uber of [insert random service]” joke is pretty played out, but that doesn’t mean there isn’t value in services available via apps. The Uber for X list has a massage app, a few medical marijuana delivery services and one-touch pizza ordering. And once you’re relaxed and full of pizza, there’s a service to walk your neglected dog.

GIFs are the new black. Why sit through a video when a GIF will convey everything you need to know with a few image frames on a loop. The GIF Apps list is exactly what it sounds like, an array of apps that help you create your own GIFs or sites that destroy any semblance of productivity you may have had. As GIFs tend to do.

Looking for love is tough. Especially when it’s hard to get away from the work-from-home, never-leave-office, 100-hour-work-week world we’ve created for ourselves. The Dating Apps list is filled with technological solutions to the lonely hearts club. As you would expect, Tinder is there, but there are a few gems you may never have heard of like a few services that helps you fine-tune your dating profile. Find love, or at least find a friend that isn’t a co-worker.

Emoji is the unofficial language of the internet. The Emoji Apps is your Rosetta stone into that language. The list includes ways to make your face into an emoji, an app that texts Seinfeld emojis, even an emoji url shortener. If you want to populate your entire life with these little characters, this is where to start.

While these lists are great fun, they are stuck in a moment in time. Because each board is only surfaced for a few days, and since technology moves so quickly, the information within them has a shelf life of a few weeks. Co-founder Ryan Hoover says that these lists are experiments and they’re open to suggestions for new lists.

The issue is that by adding more and sub-categories to Product Hunt you might start diluting the focus and clan layout of the site. But, the information within these lists, if constantly updated, could prove to be valuable when you’re looking for the best hiking app, photo service, or weather app as judged by the community. To that end Hoover says, “we’re working on a tagging system to better categorize products and community-curate lists.”

It’s working for GIFs on Reddit, why not for the apps that make those GIFs?

Read next: Uber denies Lyft accusation that its employees canceled thousands of rides on rival platform