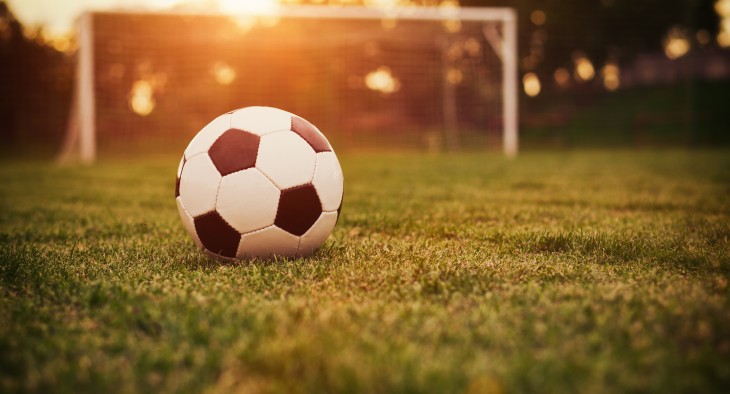 Jason is a Marketing Manager at Percolate. This post originally appeared on the Percolate blog.

The 2014 World Cup is in full swing and has lived up to its name as the globe’s biggest sporting event. As passionate sports fans, the team at Percolate have not been immune to the soccer, excuse us, football fervor that’s caught the entire planet. It’s not uncommon to hear cheers of victory or wails of defeat across the office as our favorite teams battle it out.

As an event that only occurs once very four years, we’ve been thinking about how much has changed since the last World Cup, held in South Africa in 2010.

Total viewership of the World Cup has been growing steadily. The average views per match across ESPN, ESPN2, and ABC in the first 32 matches have averaged 4.3M viewers, representing 2.6 percent of television viewers in the United States, representing roughly 50 percent growth in both categories over 2010 (2.9M and 1.8 percent).

In the US, we saw the nail-biting US vs POR game hit a record-breaking 18.22M average viewers, beating out the previous high of 17.98M set back in 1999 when the US Women’s Soccer team faced off against China for the tournament finals.

What’s even more impressive is the growth of mobile since 2010. In this World Cup, ESPN reports 3.9M people logging in each day to its official mobile app, a nearly 400 percent increase over 2010’s 1M daily active users.

The rise of social media

In June 2010, the social media landscape was a different place. The leading social network varied from nation to nation. Facebook and Twitter were at 500M and 200M monthly active users respectively. Instagram wouldn’t even launch until October 2010.

The passion of sports on social

The growth in social is impressive, but what’s more critical is the fact that the world has turned to these social platforms to share and discuss about the biggest game in the world. In just one week, 141M people have posted 459M interactions (Likes, Comments & Shares) on Facebook, already surpassing the 2012 Sochi Olympics, 2014 Super Bowl and 2014 Oscars, combined.

Twitter additionally reported that there been more tweets about the 2014 World Cup before a ball has been kicked in Brazil than for the entire tournament in 2010.

Additionally, the official FIFA Facebook page has grown from under 4M Likes to nearly 33M since January, an 8x growth in just six month.

The power of real-time

Finally, the engagement in social is definitely happening in real-time. Over at @TwitterData, you can find all kinds of interesting visualizations, like a global visualization of the USA vs Ghana game.

One really interesting stat is TPS (tweets-per-second). The highest TPS in 2010 occurred right after Spain’s winning goal in the final, with 3,051. Already, we’ve seen that record broken, with USA’s Dempsey’s goal triggering 5,077 TPS, which, according to Twitter, isn’t even the highest tweeted moment of the game. And we’re still weeks away from the final!

There’s a lot more futball action to go before the dust settles on the 2014 World Cup in Brazil — and we’ll be following the action closely. But one thing is already clear: a lot can and has changed in just four short years.