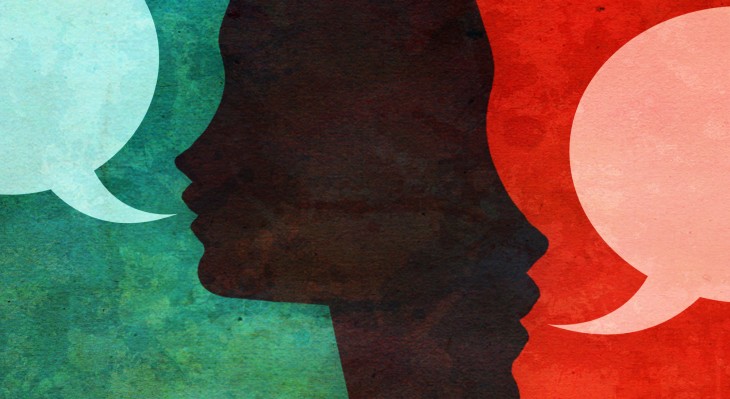 Patrice Francois is co-founder and associate director at Digimind, one of the fastest growing companies in the field of social media monitoring software.


The Internet has rewritten the rules for what can be viewed as fact versus fiction. From fake online reviews to inaccurate media articles, it’s impossible to truly know what online information is real and what is fabricated. The same holds true for the voices of online audiences, whether it’s a tweet, a comment on an article or a blog post.

In an attempt to eradicate the mystery, it was recently reported that European scientists are developing a “social media lie detector” called PHEME for popular social media channels like Facebook and Twitter. Using technology like natural language processing, PHEME will review and put online rumors into one of four categories – speculation, controversy, misinformation and disinformation.

While PHEME’s objective to expose online fibbers is admirable, what matters most online is who is talking – AND who is listening. It traces back to the old adage: If a tree falls in the forest and no one is around to hear it, does it make a sound?

Trying to address every piece of misinformation about your brand online requires a ton of time and resources, so it’s important to pick your battles. In cyberspace, there are a few key factors that brands should weigh when determining when and how to step in and manage misinformation:

Should the squeaky wheel get the grease?

Often, those that go onto social networks and online forums to voice their opinions and complaints, whether factual or not, get the most attention. But only 22 percent of Americans use social networking sites several times a day, and an even smaller number use them as a place to air their discontent or spread malicious or inaccurate information.

Brands should remember to take the words from the most vocal audiences with a grain of salt, and seek out additional evidence to support whether the thoughts of the vocals match the consensus of their broader audiences, or is isolated among the few and loud.

This includes looking at search behavior – if people are searching around the problem then they are looking for answers, so it may be something that requires intervention. If the issue hasn’t surfaced as a popular search term it may be wiser to ignore the vocals so as not to validate their claims.

One Digimind customer, a mobile phone service provider, leaned on search behavior to identify a sweeping customer satisfaction issue, and decided that action was warranted. After generating positive buzz about the company thanks to a new TV ad campaign, consumers searched for the provider on Google to learn more about its services.

At the time, the top search results were “[company] customer service” – which linked to several negative customer reviews. By incorporating search results into its online monitoring, the provider learned that it had many unhappy customers, and their reviews were highly visible to prospective customers.

It’s not just about a source’s visibility online – considering the source’s influence is also a barometer for determining whether to take action, and has emerged as a popular metric for social marketers seeking to quantify the impact of their campaigns.

Klout has boiled down social media users’ online influence into a single number using complicated algorithms to assess data from online and social channels. While there are varying opinions among the social media community as to the value and accuracy of a Klout score, it’s indisputable that the more influential the source, the more people will view it as fact or information that is important to them, which can help a brand decide whether to take action.

For instance, if the business editor of The New York Times writes a story that is not true, many people will view it as fact because it’s a highly reputable and influential source. It is important to look at influence through the lens of your company’s audience – whose opinion matters most to them?

You monitor social channels for a reason. Once you verify that your audience has been or will be exposed to misinformation, what’s the best course of action?

Engage with the channel or outlet that has published the misinformation, and quickly go public with the facts. If an inaccurate article appears in a prominent media outlet, post a comment clearing it up.

If an influencer is tweeting something false about your brand, direct message him or her and also tweet the facts for all to see. Leave emotion out of it and focus on informing your community of the facts.

During the recent mobile conference Mobile World Congress, Google executive Sundar Pichai was misquoted on the blog FrAndroid concerning the security of Google’s Android operating system. To rectify the misinformation, Google worked with TechCrunch to clarify Pichai’s words, providing the news outlet with a transcript of the speech to clear the message.

Handling misinformation on the Web can be frustrating, especially for a small company, but it’s important to work professionally and quickly – and leave the emotional frustration behind for the most successful results.

Read next: Jawbone brings its UP24 activity tracker wristband to 29 new countries across Europe and Asia