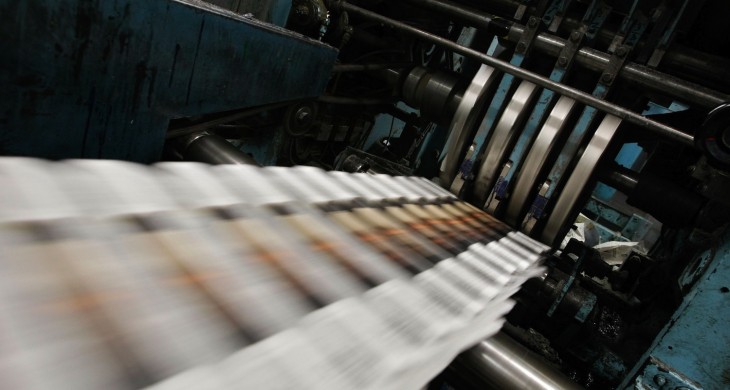 This post originally appeared on the Buffer blog and has been republished with permission.

There is no one way to create viral content.

So many different variables go into a viral post—timing, emotion, engagement, and so many others that you cannot control. There is no viral blueprint. The greatest chance we have to understand viral content is to study the posts and places that do it best, figure out what worked for them, and try it for ourselves.

Thanks to some incredible work by the team at Ripenn, we have access to headline analysis from four of the top viral sites on the web—who happen to be really good at headline writing. Based on this information—plus a little extra from our own Buffer favorites—we can get a glimpse into the science of how to write a great headline and what words to choose.

The headline data from Ripenn came from four of the most click-worthy sites on the web—BuzzFeed, ViralNova, UpWorthy and Wimp. Each of these sites receives more than 4,000,000 monthly unique visits, and headlines are a big reason why.

To give some variety to the list, I added the top headlines from 20 different tech, social media and productivity sites that we find ourselves reading and sharing often here at Buffer—sites like Seth Godin, 99u, Social Media Explorer and more (the full list is available in spreadsheet form)—for an additional 400 headlines to be analyzed.

In total, I examined 3,016 headlines from 24 top content sites. Here are the most popular words found in their headlines.

There’s a lot to glean from here, and everyone has a unique way of implementing data like this on their site. Although you can interpret this data any number of different ways, here are my top observations.

Content’s No. 1 goal is to help other people. This is evident in the viral headlines examined here. “You” was the No. 5 most popular word, and we find “your” in the Top 20 as well. Combined, these two pronouns appeared in 16 percent of all the headlines in this study.

What does this say about viral headlines? They seek to add value for you, the reader. Make content about the reader, not about the writer.

You and Your examples from the study include:

Academic research supports this concept. A Norwegian business school experimented with different headline structures, including referential headlines, rhetorical headlines, and declarative headlines. They found that question headlines referencing the reader were the most effective.

The power of “this” is in its specificity. When you use “this” in a headline, the reader’s mind switches to a concrete view of whatever you’re talking about, as if the object in question were imminent and attainable. There is an immediacy to the word.

See these three examples of headlines from the study:

What, Which, and When

What do all these words have in common? (OK, I kind of gave away the answer.) They are all about questions.

Here are some examples of question headlines from the study:

Copyblogger’s Jerod Morris has preached the value of question headlines before, and his conclusions are definitely supported in this study. What are the advantages of headlines as questions?

It turns out that phrasing headlines in the form of a question … does indeed increase click-through rates. In fact it more than doubles them, on average.

This one, too, could be about questions, but digging deeper into the individual instances of “why” in viral headlines revealed that there’s more here: “Why” promises an explanation. Here are some examples:

Finding out “why” is satisfying to us because of a phenomenon called the curiosity gap. Carnegie Melon University professor George Loewenstein coined this term to describe the gap between what we know and what we want to know. This gap creates something like an itch in your brain, and it can only be “scratched” by learning more (and thus, clicking on the post).

Upworthy cofounder Peter Koechley says the site uses the curiosity gap to create headlines that tells the reader enough to pique curiosity but not enough to give the whole story away.

And these headlines play a huge role in the virality of Upworthy content.

As the number one uncommon word in the headline study, “people” came up a lot and very often in a similar fashion:

The superlatives in these headlines make promises that the reader finds intriguing. We want to know what the most successful people are doing, how the happiest people live, and what makes the most interesting people interesting.

Similar to some of the single words listed above like “why” and “this,” readers enjoy discovering, learning, and challenging the details behind blanket assertions like this.

You likely know the value of video in content marketing, but in headlines specifically? Turns out that being up front that your post contains video is a good tactic to use when writing your headline.

Many places find a way to stick the word “video” into the headline naturally, but when a natural fit can’t happen, there was no hesitation to place the word at the end surrounded by parentheses or brackets. Some examples:

The most common viral headline phrases

To take things one step further, I also looked at the top phrases that appeared in these popular headlines. The numbers were smaller here compared to instances of single words, but some patterns did develop. Let’s start with the two-word phrases.

Like the phrase “this is,” there is a certain level of authority when you say “the most.” It also taps into a reader’s argumentative side, giving them an opportunity to challenge you as to whether or not your superlative really rings true.

Previous headline studies—like this one at Startup Moon—show that other words that indicate a comprehensive or superlative resource can lead to success.

You’ve probably seen and used this one many times over, and for good reason: “How to” is popular because it’s effective. These how-to posts promise a certain level of education, and provided the subject matter has value to the reader, you can expect lots of clicks.

Startup Moon also noticed positive results for posts titled with “beginner’s guide,” “introductory,” and “in 5 minutes,” showing that the blog reading audience loves to learn how to as quickly as possible.

The notable ones for me from this list were “what happens when” and “this is what.” Both are explanatory and promise a certain level of discovery.

(And for an even deeper level of phrases, here is a chart of the top four-word phrases.)

I went ahead and pulled some additional numbers of elements that intrigued me. Ripenn was nice enough to open the data up to a creative commons license for anyone to use with attribution. Dig in. It’s neat to be able to see what kind of insights you can draw from such a deep well of viral data. For instance …

The average length of a viral headline is 62 characters.

To give you an idea of what that might look like, here’s a headline that is 60 characters: The Best Time to Write and Get Ideas, According to Science.

The percentage of headlines with a number was 19 percent.

This shows both the draw of the listicle and the ability of other headlines to still pull big numbers.

After looking at the initial data, Ripenn found seven key commonalities. I’ve reworded them here into some helpful headline tips:

Play around with some of the most popular headline words mentioned above to test some new, unique combinations in your own content.