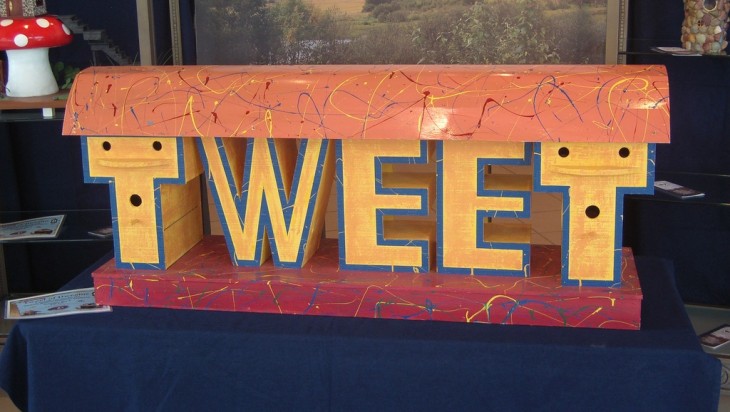 Buffer’s CEO Joel recently changed the way he thinks about sharing on Twitter, and I really like his new approach. And if you just take a brief glance at his Twitter account, you’ll see what an engaged following Joel was able to build.

Fortunately, I could just go ahead and ask him about the changes he made and the system he uses, which I thought of sharing with all of you today here.

And just a glance at the stats below, that we pulled in through the Buffer for Business analytics tool, show that it’s working out alright for him, as he garners regularly more than 1,000 clicks/day and dozens of retweets for his account, so there must be something to learn here:

His Tweets regularly even outperform the ones posted on the @buffer Twitter account, which, at around 162,000 have roughly 6-7 times the following of Joel’s at 25,000 followers.

When I took a quick glance over his analytics, it’s incredibly interesting to see which system Joel applies to keep his Buffer full and post a steady stream of content:

Ok, enough of the introductions, let’s dig in and see how Joel’s approaching his Twitter account and what we could learn from it

The 5 types of Tweets Joel posts

One of the biggest changes Joel made is simply in the way he thinks about the individual Tweets he posts. He identified five main types of Tweets that we all post:

Here’s an example of each one. Now, let’s pay special attention to the formatting Joel uses here, as he’s very specific about each of them:

Joel always puts his links at the end of each Tweet, to add consistency. He sometimes uses the headline of the article, but often chooses a particular quote from inside the article instead, like this one below:

“When your own employees don’t use or support your product, the problem is with the product, not the employees.” http://t.co/TUzUEaFOb7

Image Tweets – Show value without having to click through

Glancing at Joel’s image Tweets, the first lesson we can learn is that he tries to use images that offer value to his followers without needing to click-through. With Twitter’s new inline image previews, that can drive up to 150% more retweets, this seems to be a great way to encouragement engagement since your followers don’t need to leave their timeline to see your pictures.

Joel also tries to add a caption related to the image every time, rather than just adding a standard article headline, especially when sharing a blog post.

When sharing quotes, Joel always uses quotation marks to make it clear he’s quoting someone else. He also adds attribution after each quote, and when possible, uses the author’s Twitter handle, like this:

“Forget the competition, and just go be awesome in your own way (even if it’s weird)” – @benchestnut

Joel’s Retweets normally come from his carefully curated Twitter lists of people who focus on similar topics to himself, such as startup founders, Buffer team members and Buffer investors or advisors. Scheduling your retweets is also a particularly good technique as it allows you to engage with more people, without flooding your followers.

Joel’s found this to be a good way to build or strengthen relationships with others and to show appreciation for their content.

Keeping questions or conversation-starters simple is important for Twitter. Your followers need to be able to answer within 140 characters.

For Facebook, asking questions has often proven to increase engagement dramatically. Joel tries to be quite specific with his questions to make them easier to answer, such as this one below:

Question for any @buffer users :) If you select text from a page to share a quote, do you want quotes around it, or do you prefer without?

Now when Joel adds new Tweets to his Buffer queue, he thinks about the type of each one, and how we wants to use those types to add variety to his Twitter account. Joel’s found a good balance between these by working with a sharing ratio.

The system behind Joel’s Tweets: How to find your own sharing ratio

Currently, Joel works with a 4:1 sharing ratio. His “staple” type of Tweet is a link, like this one:

“What percentage of entrepreneurs who exit at $100MM+ found another startup vs. doing VC or retiring?” http://t.co/X9cR2t1NVh by @jasonlk

For every four of these (roughly), Joel adds something different: an image, a Retweet, a quote.

Now, Joel posts 8 times in total per day, with the following schedule that has worked the best for him (these times are in PST):

Here’s how to find your own sharing ratio:

Choose whatever works for you to be your staple Tweet type.

You can post your Tweets manually, of course, but Buffer’s pre-set queue makes it really easy. Joel’s queue is set to post once every three hours, so he tweets eight times per day. This means he’s consistently active on Twitter, without overwhelming his followers.

Again, your ratio may vary from Joel’s, but 4:1 is a good place to start. So for every four staple Tweets you send, add a different type. You can use Buffer’s shuffle updates feature or hit “send to top” to reorganise your queue.

Here are some tips from to finding and sharing great content consistently.

Joel finds most of the blogs and Twitter accounts he follows from reading Hacker News and catching up on Twitter.

Something he’s been doing more of lately is going to the source of each great post he reads and reading through the latest 3-4 posts on that blog. This helps him to discover new blogs and people to follow.

2. Keep RSS to a minimum

Joel manages his RSS feeds really carefully. He splits his feeds into just two categories: startups and life. Each blog that he subscribes to has to meet two criteria: consistently high-quality content, and a low frequency of publishing.

This means that Joel can share almost everything he reads in Feedly, because it’s all high quality and interesting.

It’s incredibly interesting to see how Joel’s system of Tweeting works and I’ll be sure to try an adaption for my own account. What about you? Do you have a certain way of posting Tweets regularly?

Would love to hear about your approach to Tweeting in the comments below!